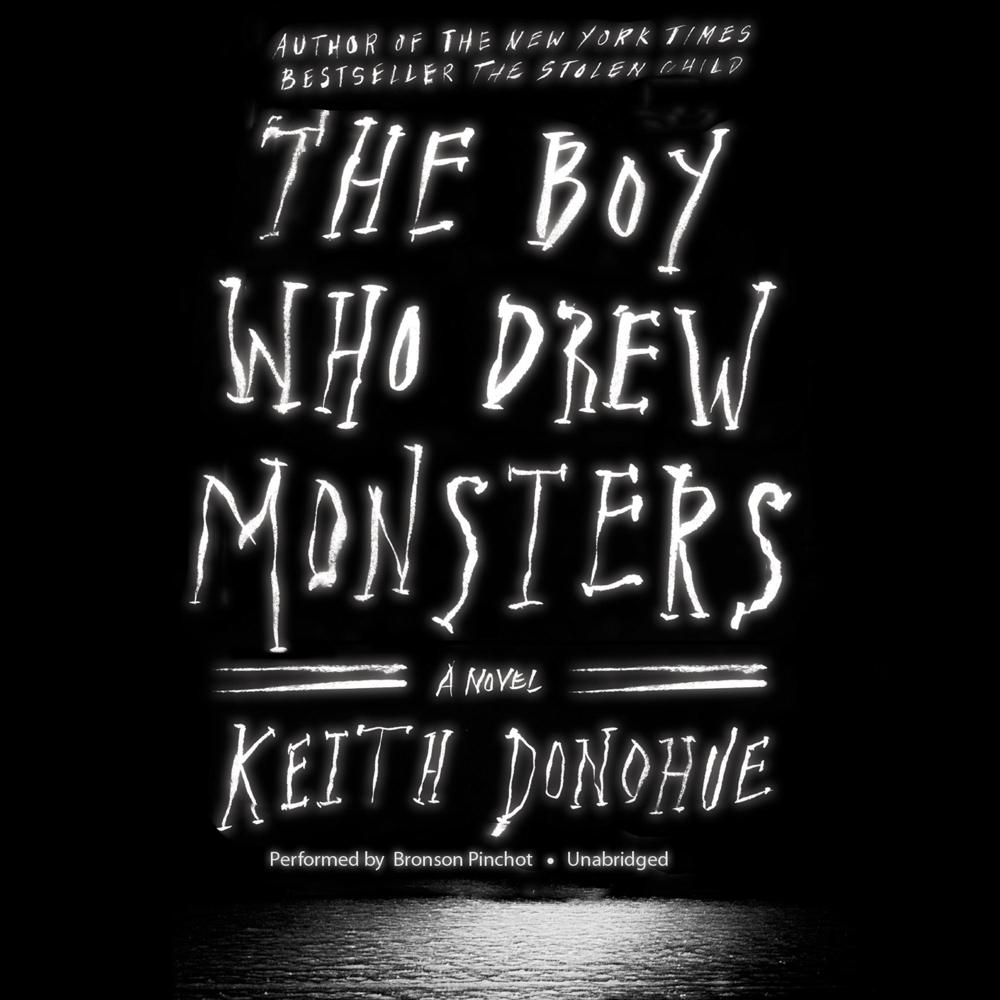 From the New York Times bestselling author of The Stolen Child comes a hypnotic literary horror novel about a young boy trapped inside his own world, whose drawings blur the lines between fantasy and reality.

Ever since he nearly drowned in the ocean three years earlier, ten-year-old Jack Peter Keenan has been deathly afraid to venture outdoors. Refusing to leave his home in a small coastal town in Maine, Jack Peter spends his time drawing monsters. When those drawings take on a life of their own, no one is safe from the terror they inspire. His mother, Holly, begins to hear strange sounds in the night coming from the ocean, and she seeks answers from the local Catholic priest and his Japanese housekeeper, who fill her head with stories of shipwrecks and ghosts. His father, Tim, wanders the beach, frantically searching for a strange apparition running wild in the dunes. And the boy's only friend, Nick, becomes helplessly entangled in the eerie power of the drawings. While those around Jack Peter are haunted by what they think they see, only he knows the truth behind the frightful occurrences as the outside world encroaches upon them all.

In the tradition of The Turn of the Screw, Keith Donohue's The Boy Who Drew Monsters is a mesmerizing tale of psychological terror and imagination run wild, a perfectly creepy read for a dark night.

"[A] chilling Christmastime horror yarn…Like a child’s attention, the book may seem to wander in its final third before ultimately revealing itself to have been horribly on point all along.”

“Ingenious…Donohue unspools his simple story patiently, delivering jolts when necessary, but mostly concentrating on the stress generated in a family with an unhappy child. It’s a modest novel, elegantly worked, with a nice chilly twist at the end.”

“Clearly, we are in the territory of the wholehearted, up-for-anything gothic, which even as it undertakes a melancholic exploration of the lost, forlorn, and bereft operates with the volume cranked and the plot on greased wheels. As a writer, Donohue always seems to know exactly what he is doing….and in The Boy Who Drew Monsters he twists the screw on Jack with the finesse of an expert. It is a pleasure to watch him glide along, pulling one squirming rabbit after another from his copious hat.”

“A classically hypnotic horror story…The Boy Who Drew Monsters dissolves notions of reality and fiction and leaves behind an eerie narrative about what haunting aberrations might lurk just outside our peripheral vision.”

“An eerie, unsettling novel about the monsters outside your door…and the ones inside all of us…Donohue fills his pages with intimacy and dread and whips up an ending that’ll take your breath away.”

“Both an eerie, engrossing tale of the supernatural, with a sting in its tale, and a superb evocation of troubled youth. The Boy Who Drew Monsters reminds us that there is no rage like the rage of children.”

“The ghostly influence of Henry James’ The Turn of the Screw haunts this chilling novel…Donohue is an adept creator of atmosphere…A brisk and winningly creepy narrative.”

“The novel unfolds through rich prose and a deeply imagined story…The final page—the final sentence, really—comes as a clever surprise but one that resonates soundly. Fans of Donohue’s first novel, The Stolen Child, will be pleased. Also recommended for readers of Joe Hill.”

“This is a traditional horror story—something you could easily imagine Graham Masterton writing—with a delicious twist near the end that makes you rethink everything you’ve just read.”

“Donohue’s writing is as evocative as Jack Peter’s drawings, both startling and heavy with emotion…A sterling example of the new breed of horror: unnerving and internal with just the right number of bumps in the night.”

“If Bronson Pinchot’s name is listed as narrator on an audiobook, download the book and don’t worry about its topic. In this case, he’s shaping the chilling story of a boy named Jack Peter, an agoraphobic with Asperger’s syndrome who is holed up in his home on the Maine coast during the winter. Pinchot makes the story, with his Northeastern accents and his abbreviated, and sometimes eerie, childlike tones. As fascinating as the main characters are, however, it’s a priest and his caretaker who are given the most distinctive voices, along with the tipsy father of Jack Peter’s pal. And there’s no mistaking the terror in the voices of Jack Peter’s mother and father as they’re swept along by terrifying events.”

“It will raise the hairs on the back of your neck. Keith Donohue manages to peer into the darkest nightmares of childhood and beckon forth the monsters from the closet…Atmospheric and haunting. The Boy Who Drew Monsters is all the more chilling because it is grounded in real family life, with its heartbreaks and tenderness.”

“There are no monsters. That’s what Jack Peter’s parents tell him and what I kept telling myself as I got sucked deeper and deeper into this delectably chilling novel…The Boy Who Drew Monsters left me breathless and reeling, questioning the line between what is real and what is imagined—and realizing that the meeting of the two is where true terror dwells.”

“Keith Donohue has crafted a brooding, Serlingesque tale of tragedy, heartbreak, and the things that go bump in the night. Creepy, nostalgic, and understated, The Boy Who Drew Monsters is a tale meant for the dark of night, but most will want to enjoy it with all of the lights on.”