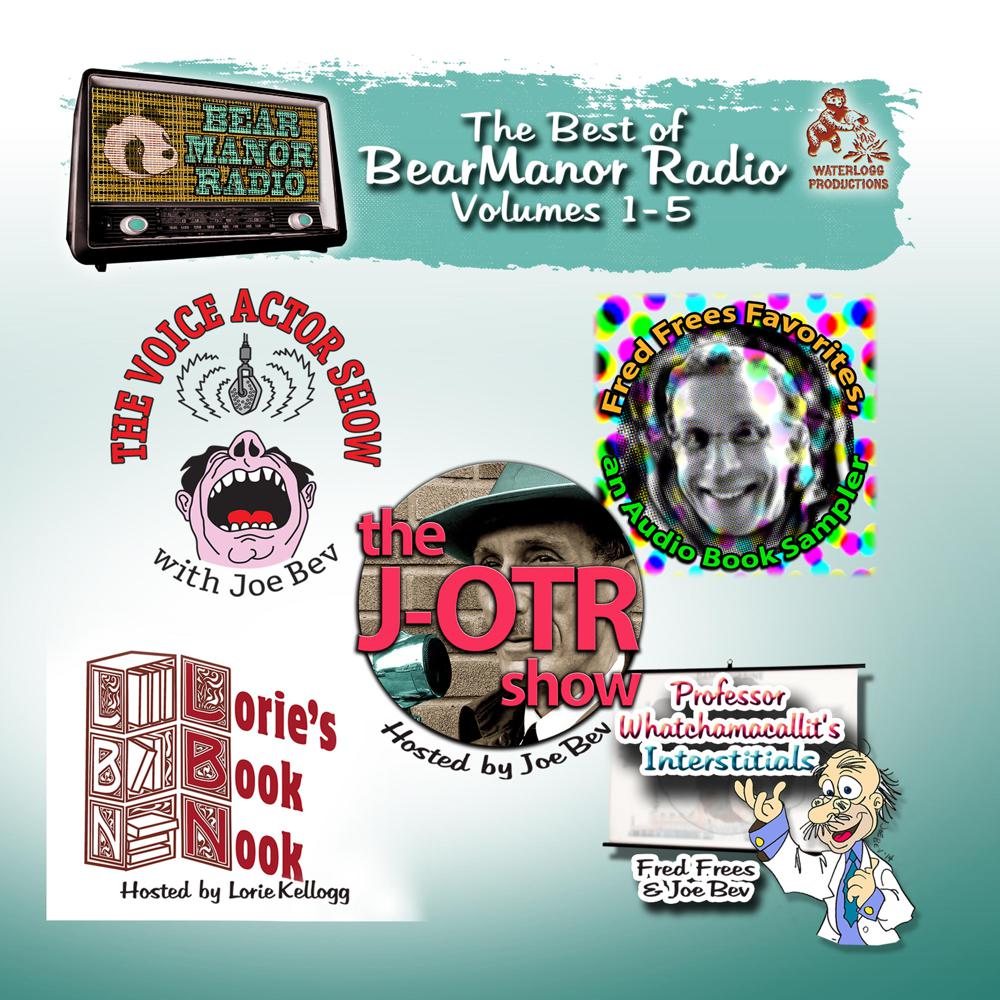 Narrated By: Joe Bevilacqua, others

A collection of the best interviews, radio theater, and classic old-time radio moments from the BearManor Radio Network, which streams 24/7 online

The J-OTR Show with Joe Bev

This series of hour-long mash-ups of old- and new-time radio is hosted, written, produced, directed, and voiced by Joe Bevilacqua.

Not sure which audiobook you want to buy? Let Fred Frees pick out some samples for you! This series of hour-long programs presents the first chapters of Fred's handpicked favorite BearManor and Waterlogg audiobooks.

These hilarious radio theater comedy moments, complete with sound effects and music, were originally intended as introductions and closings to the BearManor Radio Network programming. But now you can enjoy them anytime. This program is written, produced, and directed by veteran award-winning radio-theater wizard Joe Bevilacqua and voiced by Fred Frees, in honor of the character Ludwig Von Drake originally voice by his dad, Paul Frees, and Sid Caesar, who's Professor character inspired both.