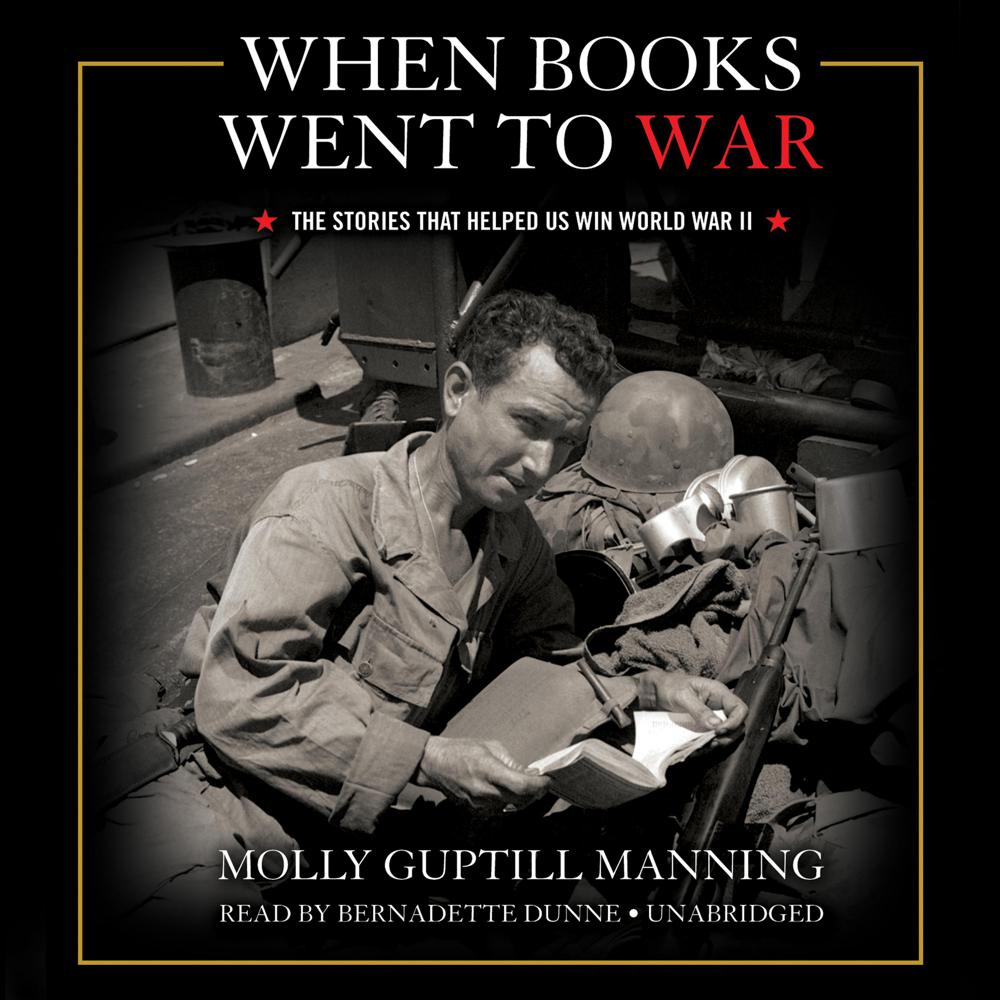 When America entered World War II in 1941, we faced an enemy that had banned and burned over 100 million books and caused fearful citizens to hide or destroy many more. Outraged librarians launched a campaign to send free books to American troops and gathered 20 million hardcover donations. In 1943 the War Department and the publishing industry stepped in with an extraordinary program: 120 million small, lightweight paperbacks for troops to carry in their pockets and their rucksacks in every theater of war.

Comprising 1,200 different titles of every imaginable type, these paperbacks were beloved by the troops and are still fondly remembered today. Soldiers read them while waiting to land at Normandy, in hellish trenches in the midst of battles in the Pacific, in field hospitals, and on long bombing flights. They wrote to the authors, many of whom responded to every letter. They helped rescue The Great Gatsby from obscurity. They made Betty Smith, author of A Tree Grows in Brooklyn, into a national icon. When Books Went to War is an inspiring story for history buffs and book lovers alike.

“A thoroughly engaging, enlightening, and often uplifting account of America’s counterattack against Nazi Germany’s wholesale burning of books…I was enthralled and moved. As an object lesson in intellectual tolerance, When Books Went to War should be embraced by school boards and libraries all across our country.”

“Every avid reader loves a book about books. Molly Guptill Manning’s When Books Went to War is that and more: a thrilling and concise history of World War II featuring the written word…If the pen is mightier than the sword, Manning definitively proves, an army of books can go a long way toward winning a war and securing the peace.”

“Crisply written and compelling…When Books Went to War is both a tribute to the civilizing influence of books and a careful account of what it took—a lot—to ensure that US fighting men had the right stuff to read…Manning’s portrait of this seemingly prosaic slice of the war effort is more than colorful; it’s also a cultural history that does much to explain modern America.”

“When Books Went to War may be a slim read, but it packs a wallop. Whether or not you’re a book lover, you’ll be moved by the impeccably researched tale. Manning not only illuminates a dusty slice of WWII history that most of us know nothing about but also reminds us, in the digital era of movies and TV, just how powerfully literature once figured in people’s lives. Grade A.”

“The image of the Berlin book burning in May of 1933 is a common photo in history books. What’s less common is how books became a strategy to undermine the Nazi propaganda that had been proving surprisingly effective throughout Europe. While re-telling the history of the war, Manning threads through the impact that books had in fighting the Nazis…Book lovers and history buffs should enjoy this new perspective.”

“Manning has scoured archives to retrieve soldiers’ touching accounts of the therapeutic, life-saving influence of stories that took their minds away from daily horrors.”

“[A] delightful history of a little-known aspect of the war in 1940…Manning’s entertaining account will have readers nostalgic for that seemingly distant era when books were high priority.”

“Many soldiers were so moved by what they read that they started a correspondence with authors; for some soldiers, the books were their first introduction to literature of any kind and inspired their enrollment in higher education, supported by the GI Bill, after the war. A fresh perspective on the trials of war and the power of books.”

“Narrator Bernadette Dunne energetically delivers the audiobook of how the United States and its allies defeated the book burners during WWII…Dunne varies her husky pitch and tone, enunciating every word. She doesn’t have to create any characters, as the book is narrative history, but she does highlight the sources and sets them apart through pauses and changes in emphasis.”

“Dunne’s performance subtly captures the authentically moving reality of war’s miseries and the exhaustion wrought by soul-destroying boredom as much as combat. She speaks joyfully of GIs crowding around the latest book shipments; saving The Great Gatsby from oblivion; and making Betty Smith, author of A Tree Grows in Brooklyn, a household name. Most impressively, she depicts a wide range of voices from Allied nations’ correspondents, commentators, and soldiers of all ranks, and she delivers a spot-on German accent eerily laced with Nazi evil. This audio is perfect for different generations of readers.”

“This is the beautiful story of a great, nearly forgotten chapter in our history. In addition to sending men, bombers, and rifles overseas to win World War II, America sent books—filling the bored hours that separate war’s terrors, helping give purpose to the fight, and shaping the taste of generations. What a wonderful thing.”