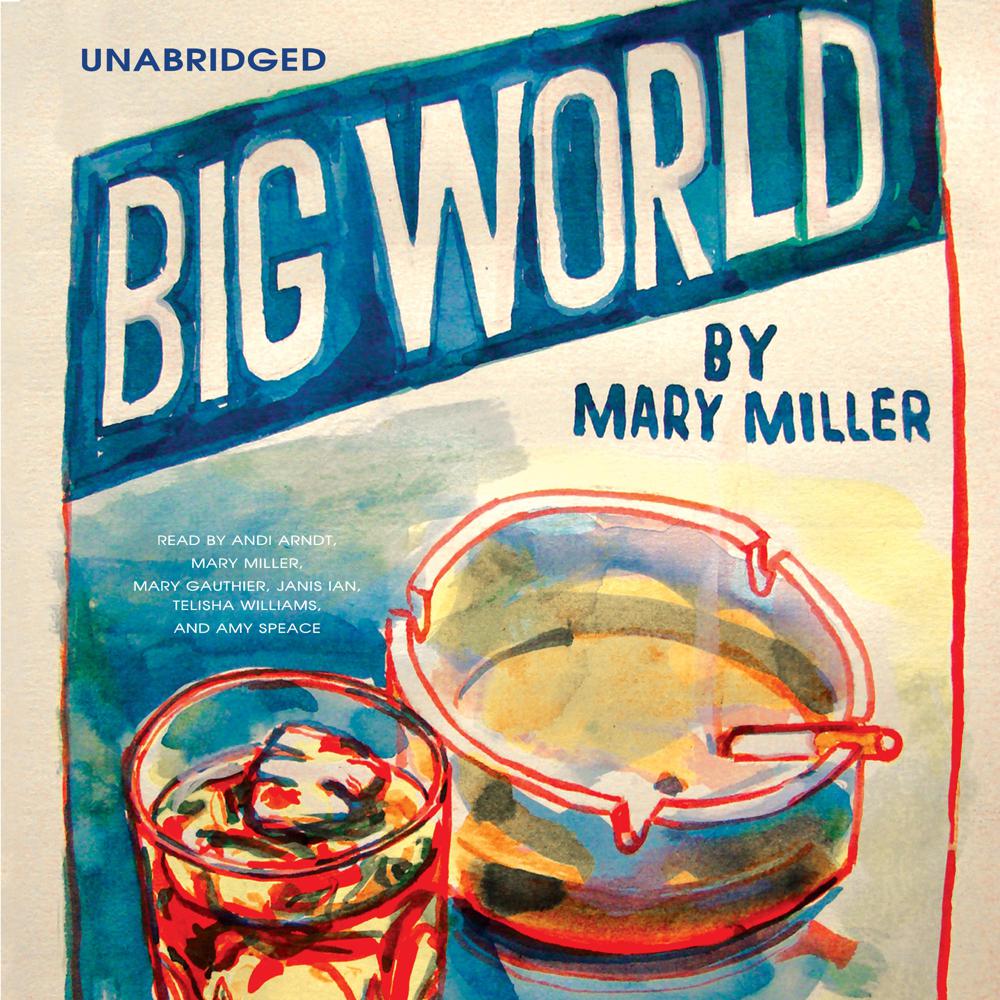 The collection of stories, produced by Andi Arndt, is performed by the author along with a stunning cast of Nashville stars, including Janis Ian, Mary Gauthier, Telisha Williams, Amy Speace, and Louise Mosrie.

The characters in Mary Miller's debut short story collection, Big World, are at once autonomous and lonesome, possessing both a longing to connect with those around them and a cynicism regarding their ability to do so, whether they're holed up in a motel room in Pigeon Forge with an air-gun-shooting boyfriend, as in "Fast Trains," or navigating the rooms of their house with their dad after their mother's death as in "Leak." Mary Miller's writing is unapologetically honest and efficient, and the gut-wrenching directness of her prose is reminiscent of Mary Gaitskill and Courtney Eldridge, if Gaitskill's and Eldridge's stories were set in the South and reeked of spilled beer and cigarette smoke.

“Miller’s great at turning the mundane inside out and letting the world see its guts.”

“Poorly concealed traps lie all over for the women in Big World in the form of married men, exes, a damaged sense of relating to the world. In other words, the traps are so big, they hardly see them before walking straight in.”

“Mary Miller is a master of tone. Big World triumphs by inhabiting a persistent tonal landscape, a recurring state of mind.”

"Big World reveals Mary Miller as a master of the slow-motion hysteria we as contemporary Americans know so well.”