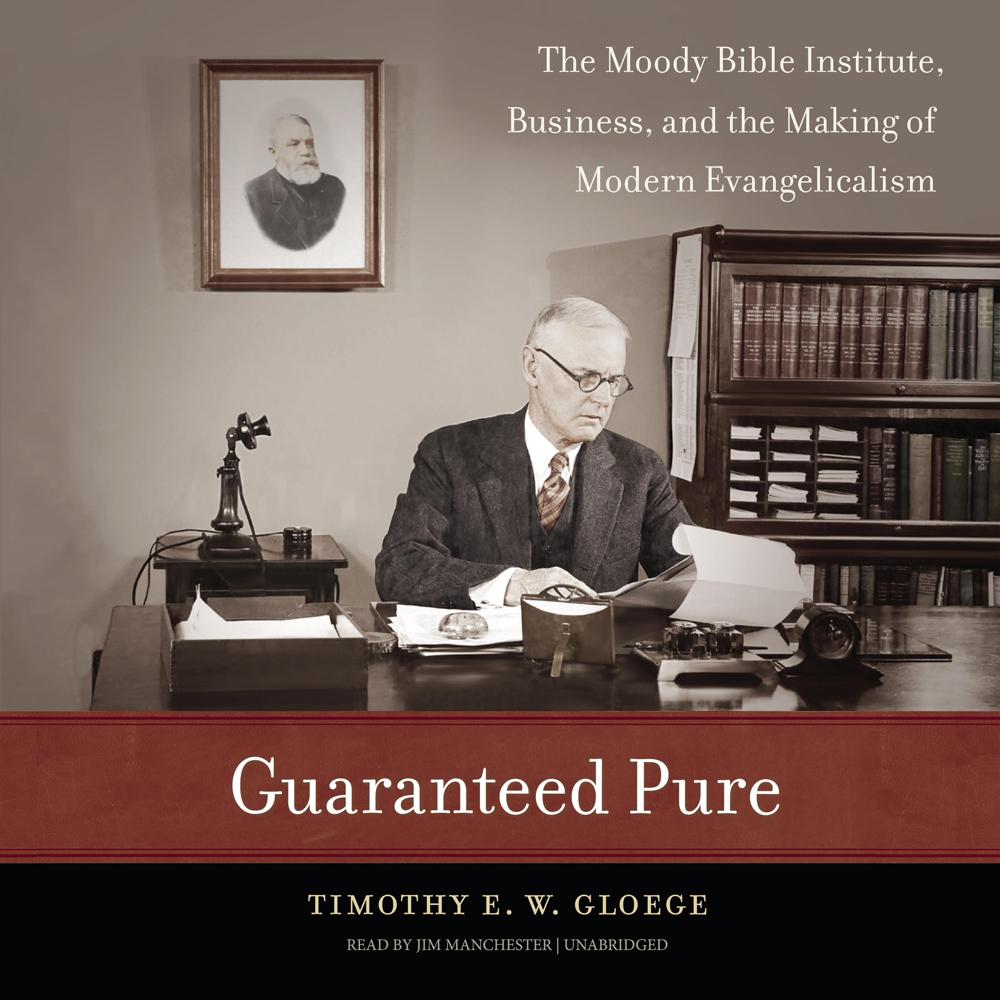 In the history of the Moody Bible Institute, founded in 1886 by shoe salesman turned revivalist Dwight Lyman Moody, Timothy Gloege finds an answer to why Christian ethics seem to go hand in hand with free-market capitalism. Taking the story back to the origins of modern fundamentalism as it arose within the social and cultural context of the Gilded Age and the Progressive Era, Gloege reveals longstanding connections between Chicago evangelicals and business and shows that the marriage between modern business and the so-called "old-time religion" developed symbiotically, forever altering the American religious landscape.

By 1920, a shifting coalition of businessmen, midlevel bureaucrats, and ministers had forged a remarkably resilient form of conservative evangelicalism that deviated in key respects from traditional Protestantism and that embraced modern consumer-oriented ideas and strategies. At the bottom was evangelicalism's thoroughgoing individualism, demonstrated prominently in the privilege it gave to a personal relationship with God as the essence of an authentic faith. This individualism aligned with key developments within capitalism and facilitated a remarkable confluence of business and religious ideas resistant to the influence of Darwinian science's basic orientation toward aggregated populations conditioned by nature or nurture.

For these evangelicals, to challenge capitalism was to challenge the foundations of evangelical orthodoxy. Guaranteed pure from both liberal theology and populist literalism, this was a new form of old-time religion not simply compatible with modern consumer capitalism but uniquely dependent on it.

“In his fascinating narrative of the origins of modern evangelicalism, Gloege traces its close relationship to modern marketing back to the founder of Quaker Oats, Henry Parsons Crowell…As president of Moody Bible Institute, Crowell pioneered the techniques of creating trust in a pure religious product, packaging and trademarking, as it were, old-time religion.”

“The single most important work on Protestant fundamentalism written in the past decade, Timothy Gloege’s learned, far-reaching text is phenomenally researched and beautifully written, providing a Gilded Age history that links powerfully to the present story of American religions. It will inspire debate and admiration.”

“A smart, innovative, and engaging book…Beautifully written, thoroughly researched, and carefully argued, Guaranteed Pure offers a powerful new interpretation of the origins of American fundamentalism as well as a compelling explanation for the long-term significance of evangelicals’ close ties to the free market.”