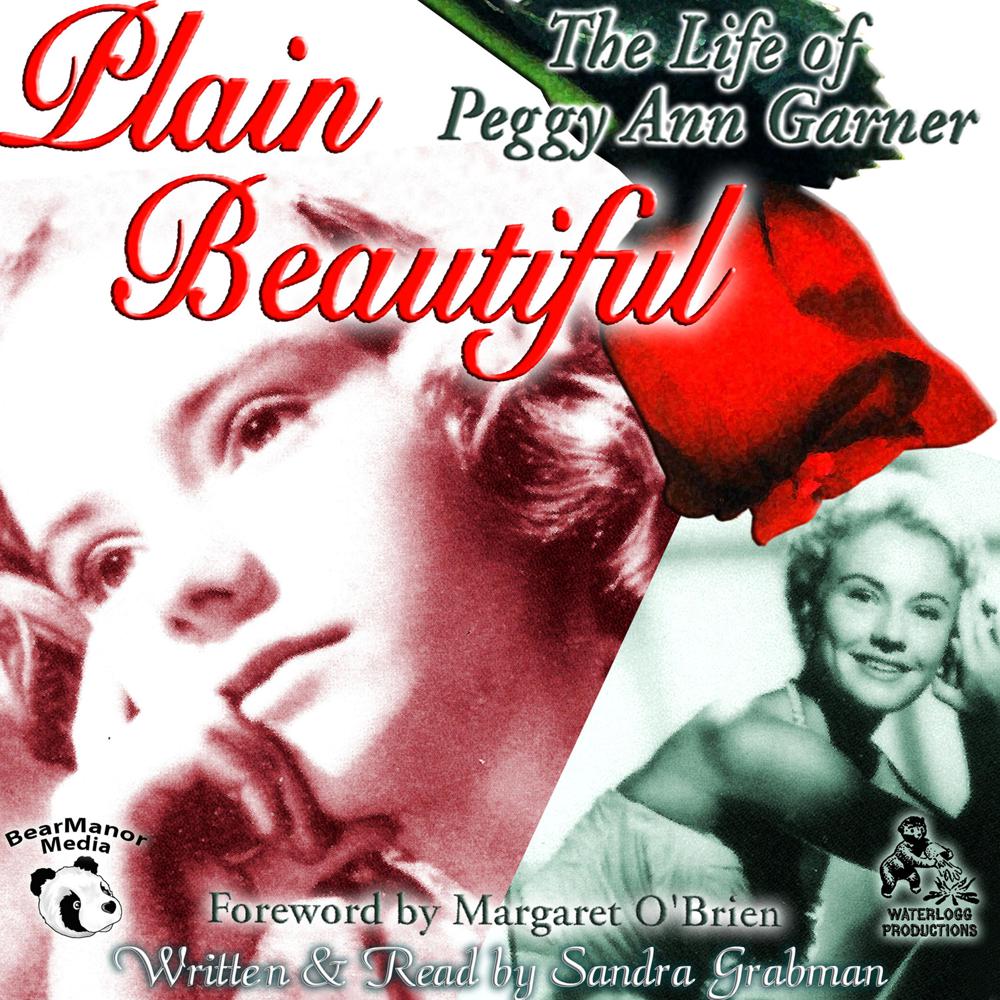 Peggy Ann Garner first won the hearts of Americans everywhere with her performance as the title character in the 1943 film adaptation of Jane Eyre. Twelve-year-old Peggy Ann then gave an Oscar-winning performance in the 1945 film A Tree Grows in Brooklyn, going on to appear in many other films over the course of her career. After the studio system broke up, she guest-starred on many of television's top shows from the 1950s to the '70s, including Studio One, The US Steel Hour, Bonanza, Naked City, Alfred Hitchcock Presents, The Untouchables, Batman, and Police Woman.

In Plain Beautiful, Sandra Grabman has painted a loving but evenhanded portrait of Peggy Ann Garner through family letters and communication with friends Carol Burnett, Gregory Peck, Johnny Sheffield, Margaret O'Brien, and others. This audiobook is read by the author, whose other BearManor Media books include Spotlights & Shadows: The Albert Salmi Story and Pat Buttram: The Rocking-Chair Humorist. She is also the coauthor of No Retakes!