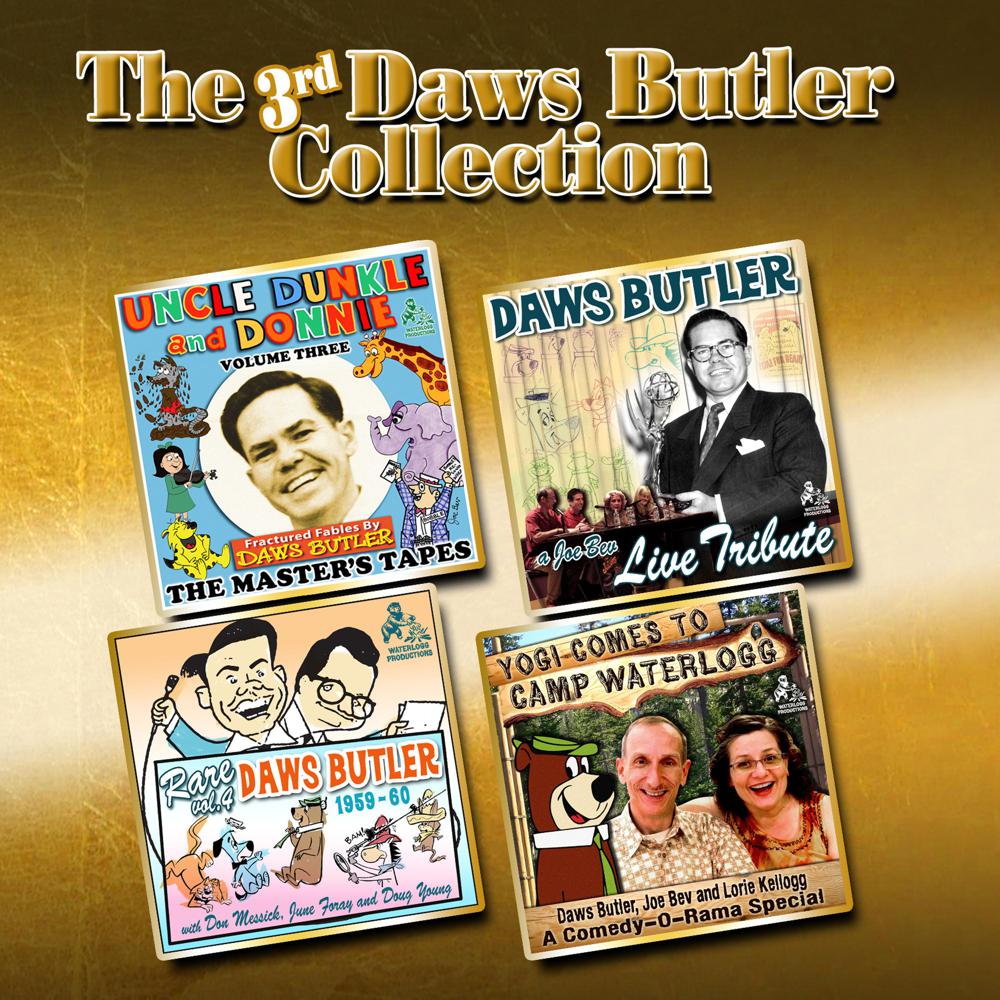 This collection of four Waterlogg productions is sure to entertain the whole family!

A must-have for collectors, these recently discovered master reels of cartoon-voice legend Daws Butler performing all the voices for twenty-one of his hilarious fractured fairy tales have been digitally remastered by Butler prot├®g├® Joe Bevilacqua.

In this fourth volume of rarities, Butler prot├®g├® Joe Bevilacqua has once again uncovered recordings of the legendary voice genius that were thought lost and remastered them for this collection. Among the audio treasures, Daws Butler's son Chas plays straight man to Yogi Bear and Mr. Jinks in several original comedy sketches, which Butler wrote and which eventually led to his Uncle Dunkle and Donnie fractured fables.

In July of 2003, ASIFA-Hollywood invited members to discover the many talents of a person who became an icon in animation and inspired an entire generation of voice actors: Daws Butler. Hosted by Butler prot├®g├® Joe Bevilacqua, the event included special guests June Foray, Corey Burton, and Nancy Cartwright. The entire panel shared their stories of Daws and performed several of Daws' workshop scripts live.

When a bear gets in the Camp Waterlogg chicken coop, young Squeaky Lkie dreams that it's Yogi Bear. Joe Bevilacqua, prot├®g├® of renowned voice-actor Daws Butler, uncovered rare recordings of Butler as Yogi Bear and, along with his wife, Lorie Kellogg, improvised this hour-long story. This special edition of Bevilacqua's Comedy-O-Rama Hour has aired on Sirius-XM, NPR stations, and podcasts throughout the world.