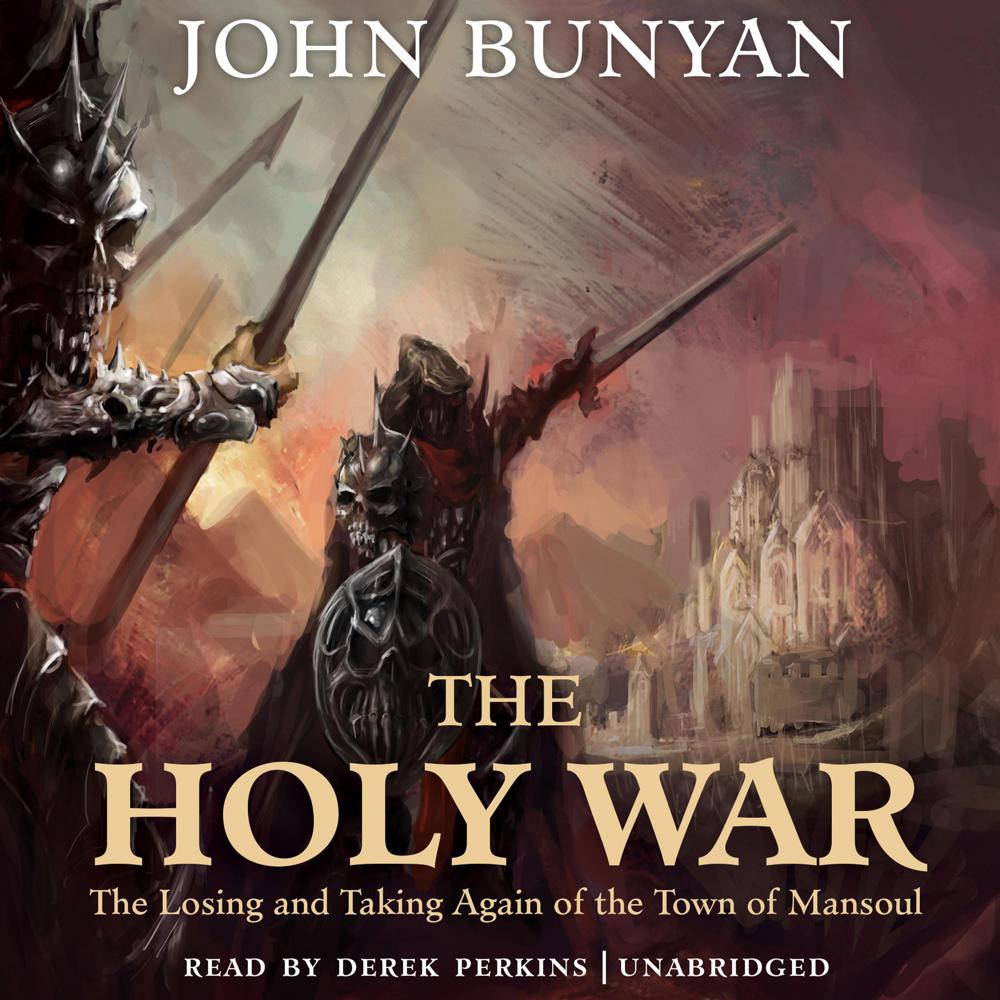 First published in 1682, John Bunyan's allegorical novel The Holy War is a classic of Christian literature whose spiritual insight rivals that of even his most famous work, The Pilgrim's Progress. It tells the story of Mansoul, a utopia built to exalt the greatness and honor of its creator and leader, King Shaddai. However, when the wicked Diabolus, a former high servant of Shaddai's and the king of the blacks, assaults Mansoul, the town forgets its benevolent king and falls under his iniquitous rule. With the citizens of his beloved city lost to sin and vice, Shaddai sends his son, Prince Emmanuel, to deliver them from Diabolus' tyranny.

An epic tale of good versus evil, The Holy War is not only a masterpiece of religious literature, but also an entertaining and engaging story for all listeners.

“In the centuries that have elapsed since [John Bunyan’s] death he has ‘lit a candle’ that gives light and leading to millions of English men and women who still seek to follow his humble teaching.”

“The name of John Bunyan will stand in the annals of literature as long as time remains and men are literate.”

“If the Pilgrim’s Progress did not exist [The Holy War] would be the best allegory that ever was written.”