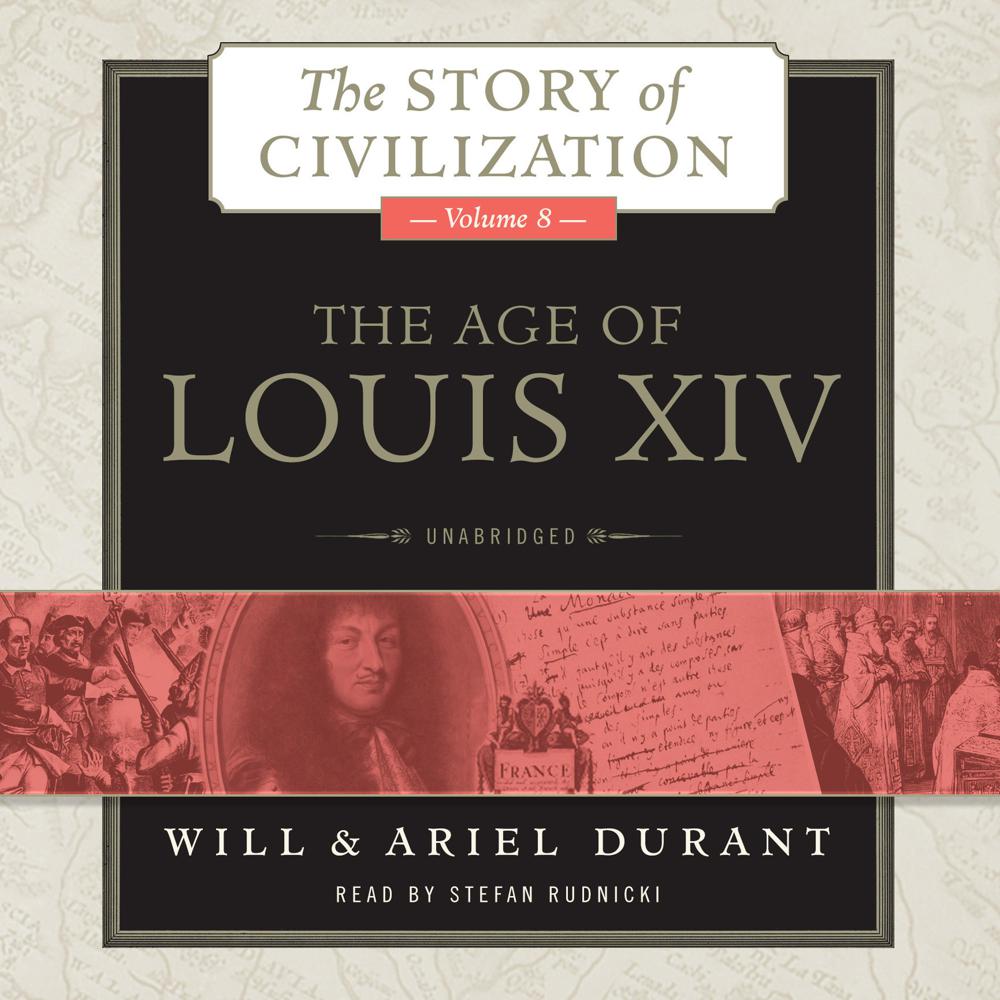 The Age of Louis XIV is the biography of a period (1648–1715) that Spengler considered the apex of modern European civilization. "Some centuries hence," Frederick the Great correctly predicted to Voltaire, "they will translate the good authors of the age of Pericles and Augustus." Those authors are lovingly treated here: Pascal, Racine, and Boileau, Madame de S├®vign├®, Madame de la Fayette, and above all the philosopher-dramatist Moli├¿re, who so memorably exposed the vices and hypocrisies of the age.

Central to the book is the "Sun King" himself, Louis XIV. Louis XIV ruled France for over seventy years, longer than almost any European ruler in history. He is the subject of a character study that runs through seven chapters, revealing the flesh and blood beneath the purple and the crown. He is seen at his worst in his struggle with Jansenists and Huguenots, at his best in his patronage of literature and art, and at his most human in his love affairs with Henrietta Anne of Orl├®ans, Louise de La Valli├¿re, Madame de Montespan, and Madame de Maintenon.

From France the narrative passes to the Netherlands, and after pausing to examine the domestic idylls of Vermeer, shows the Dutch opening their dikes to save their land from Louis XIV and sending William of Orange to become king of England and a leader of the European alliance against Louis' hegemony.

In England we contemplate the heyday of virtue under the Puritans and study the strange character of Cromwell. We see Milton's passionate career as part of the vain effort to prevent the Stuart Restoration. We find Charles II, the "Merry Monarch," with more manners than morals, attend boisterous Restoration plays; we skim the diaries of Evelyn and Pepys; and we follow Jonathan Swift from genius to insanity.

Crossing the North Sea we trace the tragic heroism of Charles XII of Sweden and the attempt of Peter the Great to lead Russia from barbarism to civilization. We accompany the noble Sobieski of Poland as he rescues Vienna from the Turks. We visit Italy and Spain. We see the Jews proscribed and impoverished in Europe but rising to riches in Amsterdam and following Sabbatai Zevi in a desperate hope of regaining Palestine and freedom.

All this forms the background for the "intellectual adventure" of the European mind in its passage from superstition, mythology, and intolerance to education, science, and philosophy, for this was the age when Newton and Leibniz gave simultaneous birth to calculus, when Newton bound the planets and the stars with a chain of universal gravitation. Toward the end of the volume the authors revert to their favorite subject, philosophy, and devote a full chapter, with love and care, to Spinoza.

The book ends with the sunset of Le Roi Soleil: Louis punished for his aggressions by a swarm of enemies gathering around him; fighting till his people are destitute and disillusioned, till his treasury and his heart are empty; dying defeated and repentant, begging his grandson and successor not to imitate his taste for splendor and war; and followed in his funeral by the insults of the crowd.

“Very pleasant reading…Will and Ariel Durant reveal, with laudable objectivity, the lights and shadows of a great age in a highly readable book that is crystal clear.”

“[This work] is informed and highly readable; it is studded with vignettes of the leading figures; it is replete with facts spread widely over the many aspects of human endeavor; it is eloquently partisan for the dignity of man and the decencies of life.”

“The chapters are cineramas of information, replete with research. The Durants are always erudite.”