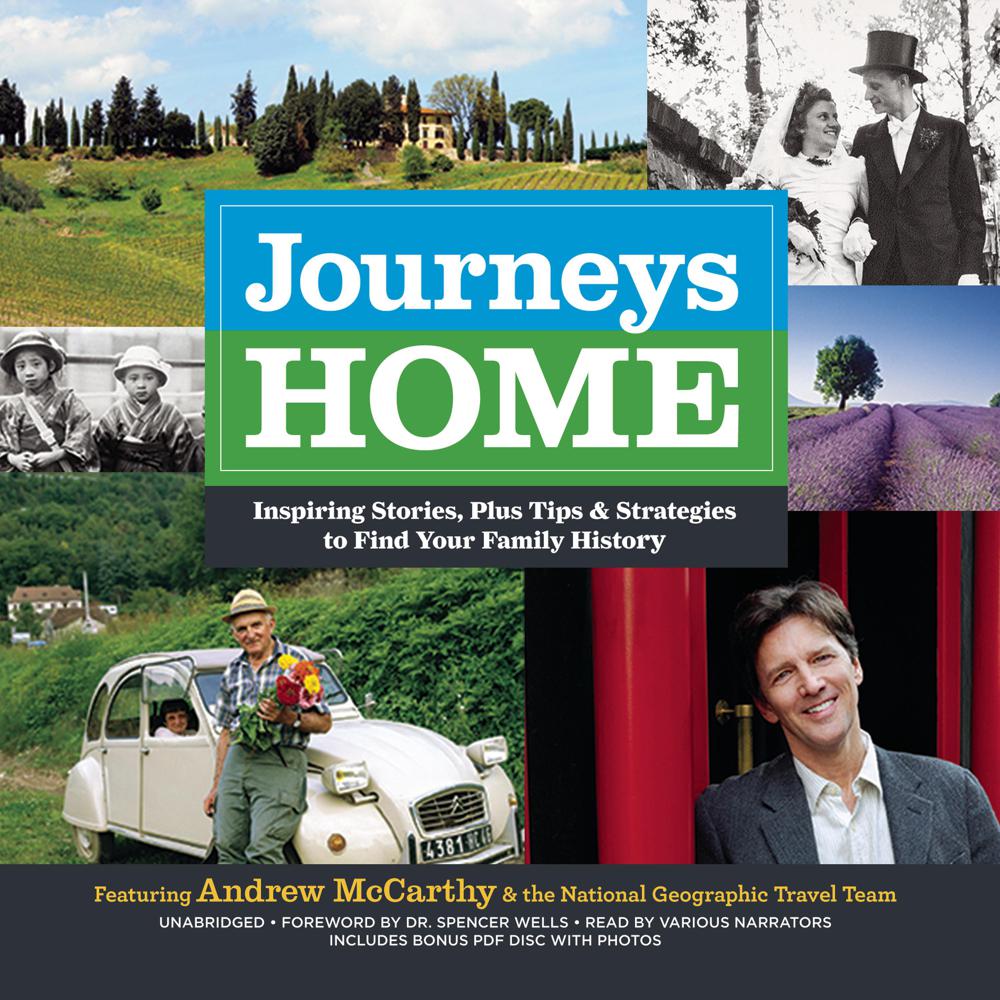 Addressing the explosive growth in ancestral travel, this compelling narrative combines intriguing tales of discovery with tips on how to begin your own explorations. Actor and award-winning travel writer Andrew McCarthy's featured story recounts his quest to uncover his family's Irish history, while twenty-five other prominent writers tell their own heartfelt stories of connection.

Spanning the globe, these stories offer personal takes on journeying home, whether the authors are actively seeking long-lost relatives, meeting up with seldom-seen family members, or perhaps just visiting the old country to get a feel for their roots. A foreword by the Genographic Project's Spencer Wells sets the scene.

“Not only did this famed travel writer track down his own fascinating Irish roots; his success spurred him on to invite other writers to share their own personal genealogical stories…[also] inviting readers to join the genealogical quest.”

“These twenty-six essays range from the prosaic (Illinois) to the mysterious (Tanzania).”

“Family secrets, mysteries, and lore are the impetus for the emotion-filled sojourns described in…twenty-six essays, covering places as diverse as Scotland, Cambodia, Mexico, Italy, Japan, and India…Whatever the story, each writer describes a moment when confusion, sadness, or detachment fell away and they knew they belonged…This poignant and information-filled travelog and genealogy primer is ideal for public libraries.”

“The essays are read by a large cast of professional narrators; however, listeners may not realize this at first, thanks to the readers’ skilled expression of the authors’ sentiments.”