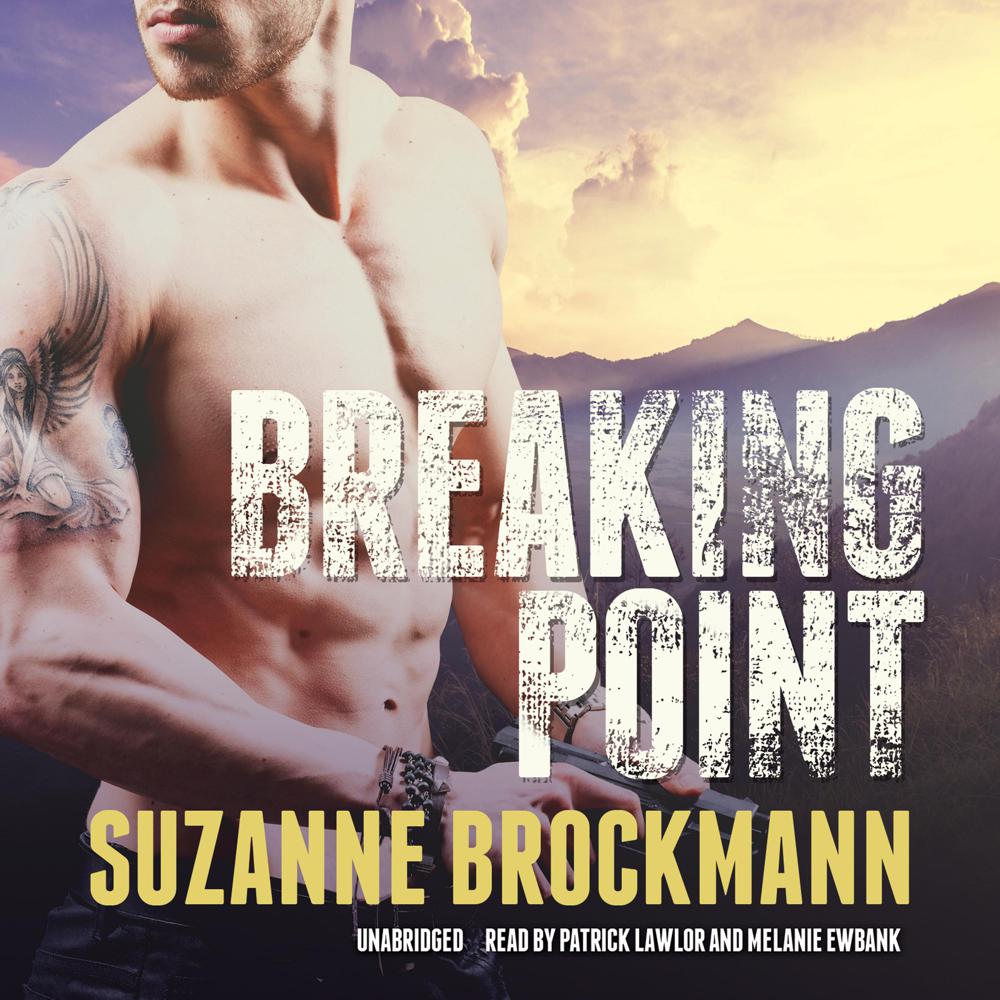 Uncommon valor in the line of duty and unconditional devotion in the name of love are the salient qualities of the daring men and women who risk it all in the heart-pounding thrillers of New York Times bestselling author Suzanne Brockmann. Crafted with precision and power, her characters come alive with a depth of emotion few writers have achieved. Now, with Breaking Point, Brockmann breaks even further through the pack and delivers a stunning payload.

As commander of the nation's most elite FBI counterterrorism unit, agent Max Bhagat leads by hard-driving example: pushing himself to the limit and beyond, taking no excuses, and putting absolutely nothing ahead of his work. That includes his deep feelings for Gina Vitagliano, the woman who won his admiration and his heart with her courage under fire. But when the shocking news reaches him that Gina has been killed in a terrorist bombing, nothing can keep Max from making a full investigation—and retribution—his top priority.

At the scene of the attack, however, Max gets an even bigger shock. Gina is still very much alive—but facing a fate even worse than death. Along with Molly Anderson, a fellow overseas relief worker, Gina has fallen into the hands of a killer who is bent on using both women to bait a deadly trap. His quarry? Grady Morant, a.k.a. "Jones," a notorious ex–Special Forces operative turned smuggler who made some very deadly enemies in the jungles of Southeast Asia … and has been running ever since. But with Molly's life on the line, Jones is willing to forfeit his own to save the woman he loves.

Together with Max's top agent, Jules Cassidy, as their only backup, the unlikely allies plunge into a global hot zone of violence and corruption to make a deal with the devil. Not even Jones knows which ghosts from his past want him dead. But there's one thing he's sure of: there's very little his bloodthirsty enemies aren't willing to do.

Count on the intense action and raw honesty Suzanne Brockmann consistently delivers as she goes for broke in Breaking Point—and never looks back.

“Suzanne Brockmann’s readers like their action—and their passion—delivered high speed and full throttle. Brockmann more than delivers in this exciting thriller that features a reluctant romance between FBI negotiator Max Bhagat and Gina Vitagliano.”

“With undeniable skill, Brockmann delivers an action-packed and breathtaking thriller.”

“Few authors can weave together multiple romantic threads while keeping each story line taut and fresh, but Brockmann is a master at doing just that…The romance between Jones and Molly, which was established in Out of Control, adds another layer to this already meaty novel and ensures that the book contains enough sizzle to earn it a place on summer reading lists. However, it’s Brockmann’s zesty writing style and skill at creating dynamic, larger-than-life—yet somehow very human—characters that will earn it a permanent place on many readers’ shelves.”

“Max and Gina take center stage in Brockmann’s latest intricately plotted, adrenaline-rich tale of suspense. With its realistically complex and conflicted characters, intense sexual tension, and edgy humor, this is Brockmann at her best.”

“Brockmann’s characters volley badinage like grenades, keeping Breaking Point moving at breakneck speed. Though the outcome is never in doubt, readers will be on the edge of their seats. Recommended.”