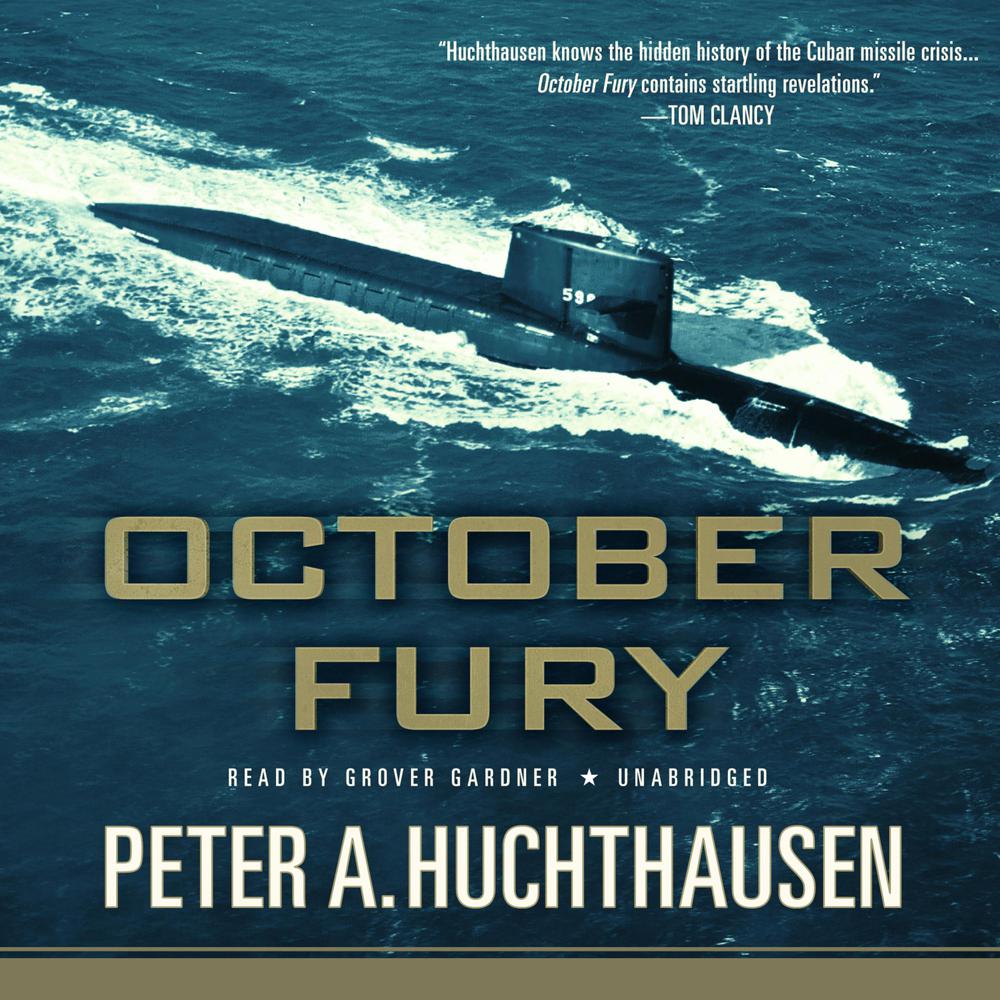 Drama on the high seas as the world holds its breath

It was the most spectacular display of brinkmanship in the Cold War era. In October 1962, President Kennedy risked inciting a nuclear war to prevent the Soviet Union from establishing missile bases in Cuba. The risk, however, was far greater than Kennedy realized.

October Fury uncovers startling new information about the Cuban missile crisis and the potentially calamitous confrontation between US Navy destroyers and Soviet submarines in the Atlantic. Peter Huchthausen, who served as a junior ensign aboard one of the destroyers, reveals that a single shot fired by any US warship could have led to an immediate nuclear response from the Soviet submarines.

This riveting account re-creates those desperate days of confrontation from both the American and Russian points of view and discloses detailed information about Soviet operational plans and the secret orders given to submarine commanders. It provides an engrossing, behind-the-scenes look at the technical and tactical functions of two great navies along with stunning portraits of the officers and sailors on both sides who were determined to do their duty even in the most extreme circumstances.

As absorbing and detailed as a Tom Clancy novel, this real-life suspense thriller is destined to become a classic of naval literature.

“The book is tinged with humorous anecdotes, and Huchthausen succeeds admirably in portraying sympathetically the sailors who would have been the first to die if war had been declared.”

“Huchthausen details the story of what happened in those waters in this riveting account, based on his own experience and extensive interviews he conducted with former Soviet submariners and his former shipmates…Nicely balanced between operational and analytical material, this account should satisfy action-seeking lay readers and buffs.”

“In addition to discussing everything you ever wanted to know about submarines and naval vessels, Huchthausen tells of the political and military actions that led up to that historic time in US history. Grover Gardner becomes indistinguishable from Huchthausen as he describes technical details, Soviet military feats, and US military maneuverings. History buffs will enjoy this biography / historical narrative.”

“Based on the author’s interviews with the principal Soviet officers, Huchthausen’s narrative imparts the claustrophobic feeling characteristic of submarine stories, with the added tension of a possible nuclear war…A sailor’s-eye view of the missile drama.”