Some Kind of Hero
Suzanne Brockmann 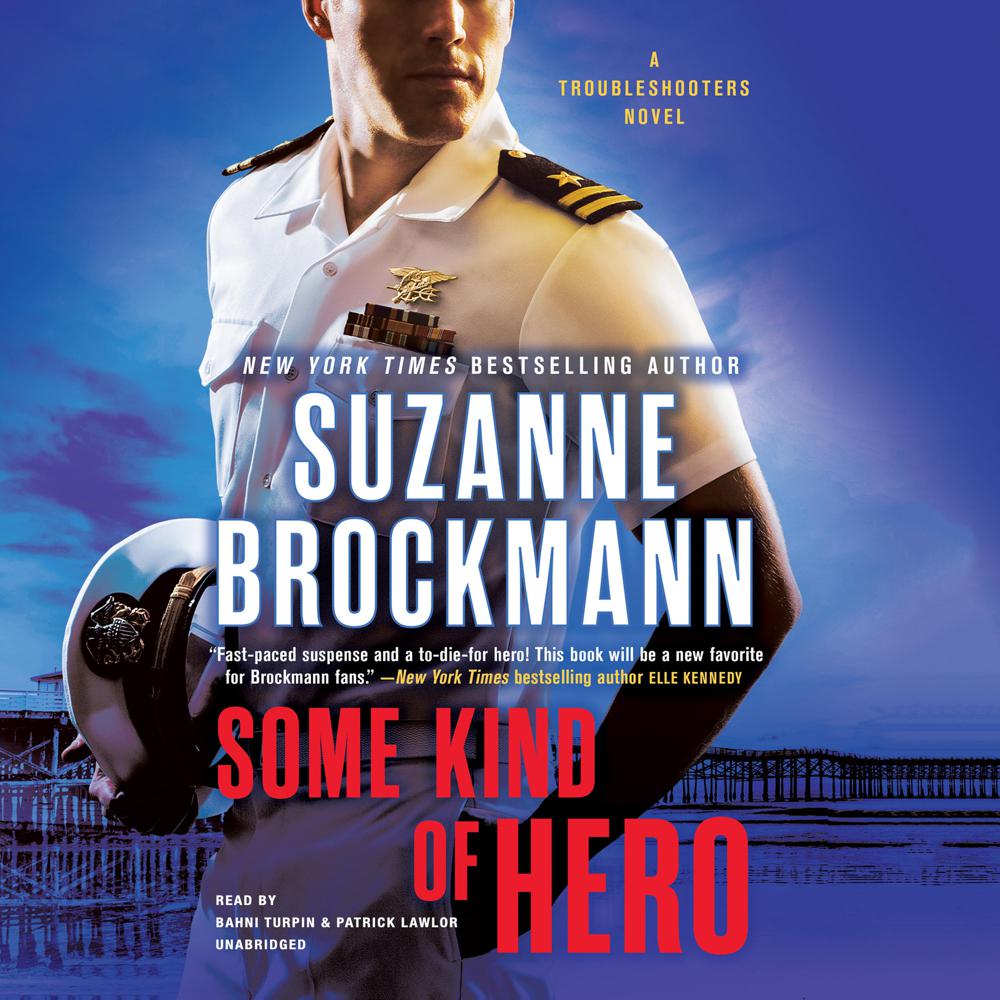 Navy men don’t come tougher than Lieutenant Peter Greene. Every day he whips hotshot SEAL wannabes into elite fighters. So why can’t he handle one fifteen-year-old girl? His ex’s death left him a single dad overnight and very unprepared. Though he can’t relate to an angsty teen, he can at least keep Maddie safe—until the day she disappears. Though Pete is lacking in fatherly intuition, his instinct for detecting danger is razor sharp. Maddie is in trouble. Now he needs the Troubleshooters team at his back, along with an unconventional ally.

Romance writer Shayla Whitman never expected to be drawn into a real-world thriller or to meet a hero who makes her pulse pound. Action on the page is one thing. Actually living it is another story. Shay is not as bold as her heroines, but she is a mother. She sees the panic in her new neighbor’s usually fearless blue eyes and knows there’s no greater terror for a parent than having a child at risk. It’s an ordeal Shay won’t let Pete face alone. She is no highly trained operative, but she is smart and resourceful and knows what makes teenagers tick.

Still, working alongside Pete has its own perils—like letting the heat between them rise out of control. Intimate emotions could mean dangerous, even deadly, consequences for their mission. No matter what, they must be on top of their game and playing for keeps—or else Pete’s daughter may be gone for good.

“Emotional and exciting…A heart-pounding action tale filled with unforgettable characters who will touch your heart. Bonus points for the heroine being a romance author!”

“Brilliant sexual chemistry, laugh-out-loud humor, riveting action, and flawlessly rendered characters…Beautifully written and as heart-gripping as it is satisfying.”

“Brockmann brings her typical storytelling virtuosity to this new setting and also delves into the dark history of the Japanese internment during World War II and subtly comments on domestic abuse as well as society’s continuing racial prejudices through the characters’ experiences. A thought-provoking, deeply satisfying romance from a master of the genre.”

“As always, Brockmann excels at depicting both lusty lovemaking and the genuine camaraderie of friendship.”