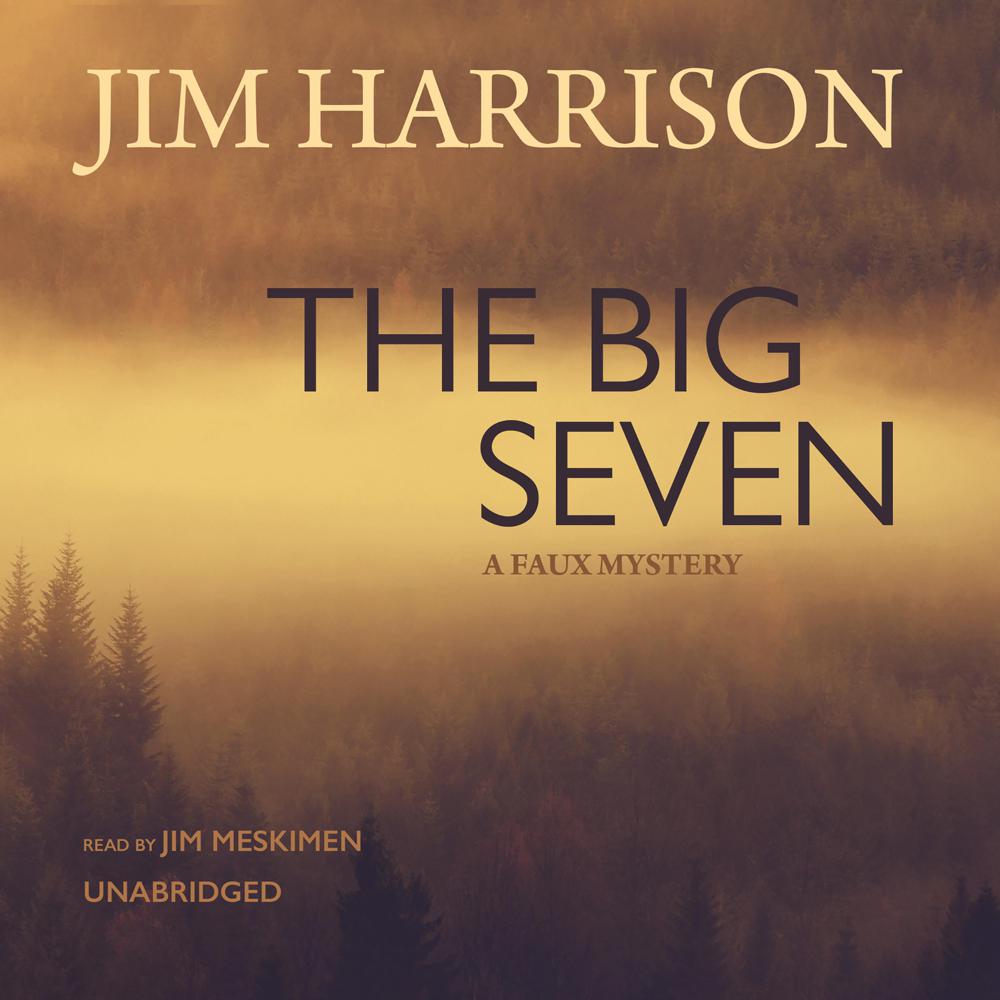 Jim Harrison is one of our most renowned and popular authors, and his last novel, The Great Leader, was one of the most successful in a decorated career: it appeared on the New York Times extended bestseller list and was a national bestseller with rapturous reviews. His darkly comic follow-up, The Big Seven, sends Detective Sunderson to confront his new neighbors, a gun-nut family who live outside the law in rural Michigan.

Detective Sunderson has fled troubles on the home front and bought himself a hunting cabin in a remote area of Michigan's Upper Peninsula. No sooner has he settled in than he realizes his new neighbors are creating even more havoc than the Great Leader did. A family of outlaws, armed to the teeth, the Ameses have local law enforcement too intimidated to take them on. Then Sunderson's cleaning lady, a comely young Ames woman, is murdered, and black sheep brother Lemuel Ames seeks Sunderson's advice on a crime novel he's writing, which may not be fiction. Sunderson must struggle with the evil within himself and the far greater, more expansive evil of his neighbor.

In a story shot through with wit, bedlam, and Sunderson's attempts to enumerate and master the seven deadly sins, The Big Seven is a superb reminder of why Jim Harrison is one of America's most irrepressible writers.

“This one is even less of a mystery than its predecessor, but who cares when you can watch and listen to a character who somehow combines the boisterous spirit of Falstaff with the neurotic soul of Woody Allen, a randy, boozing backwoods philosopher who sins with raucous abandon, frets about what it means, and then comes back for more, all with a life-loving romantic streak that makes you, well, want to put a little sin back in your own life.”

“Characters from the detective’s previous adventure return, including sidekick Mona, who assists Sunderson by scraping together information on the Ameses, and Diane, the ex-wife he still fancies…When our hero is neck deep in his quest for justice, snooping while also considering the seven deadly sins (hence the title), Harrison proves once again that he is an inimitable, inexhaustible talent.”

“A treat for curious and speculative mystery readers.”

“Reader Jim Meskimen…adds a general tone of bemusement to Sunderson’s speech that accurately reflects the character’s usual reaction to nearly everything, be it news of murder or incest or a killer who spends his days birdwatching. There are angry flare-ups, mainly when the detective confronts men who mistreat women, as well as moments of bliss, especially when he is fishing, dining and sharing the joys of sexual delight with, as the author would have it, every woman he meets.”

“Ex-cop Sunderson is as bemused as ever in Harrison’s follow-up to The Great Leader…You can’t help but like feckless, unpretentiously intellectual Sunderson, inclined to tie himself in metaphysical knots when not fishing or otherwise engaging with the natural world whose splendors, movingly described, succor him in a way nothing else can…After a lifetime of deep, dark fiction like Dalva and True North, Harrison is entitled to relax with these autumnal ramblings.”