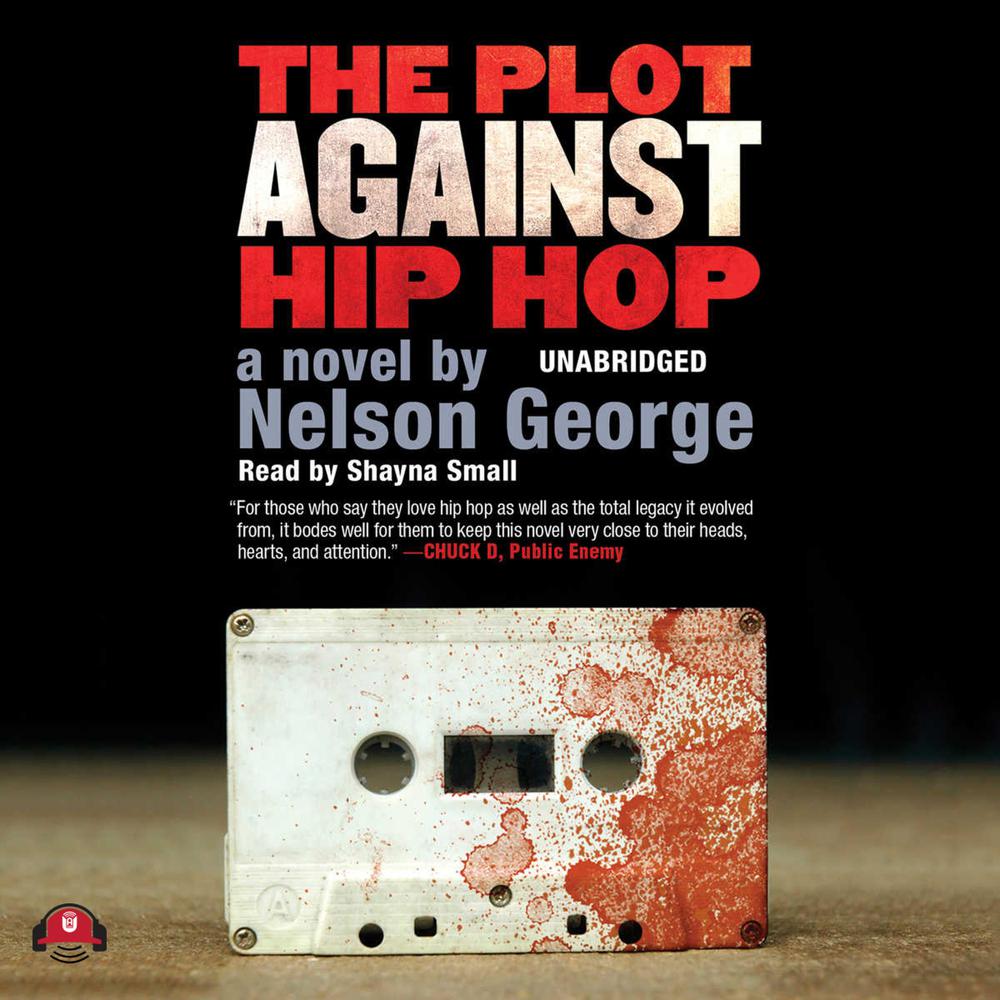 The Plot against Hip Hop is a noir novel set in the world of hip-hop culture. The fatal stabbing of esteemed music critic Dwayne Robinson in a Soho office building is dismissed by the NYPD as a gang initiation. But his old friend, bodyguard and security expert D Hunter, suspects there are larger forces at work.

D Hunter's investigation into his mentor's murder leads into a parallel history of hip hop, a place where renegade government agents, behind-the-scenes power brokers, and paranoid journalists know a truth that only a few hard-core fans suspect. This rewrite of hip-hop history mixes real-life figures with characters pulled from the culture's hidden world, including Jay Z, Kanye West, and Russell Simmons.

“Part procedural murder mystery, part conspiracy-theory manifesto, Nelson George’s The Plot against Hip Hop reads like the PTSD fever dream of a renegade who’s done several tours of duty in the trenches…Plot’s combination of record-biz knowledge and ghetto fabulosity could have been written only by venerable music journalist Nelson George, who knows his hip-hop history…The writing is as New York as ‘Empire State of Mind,’ and D is a detective compelling enough to anchor a series.”

“George very masterfully has created a novel that informs as well as entertains.”

“The Plot against Hip Hop is a quick-moving murder mystery that educates its audience on Hip Hop’s pioneer generation along the way…A nostalgic look at a magical and manic moment in time.”

“This hard-boiled tale is jazzed up with authentic street slang and name-dropping…George’s tightly packaged mystery pivots on a believable conspiracy…and his street cred shines in his descriptions of Harlem and Brownsville’s mean streets.”

“George is a well-known, respected hip-hop chronicler…Now he adds crime fiction to his résumé with a carefully plotted crime novel peopled by believable characters and real-life hip-hop personalities.”

“George’s prose sparkles with an effortless humanity, bringing his characters to life in a way that seems true and beautiful. The story—and the conspiracy behind it—is one we all need to hear as consumers and creators in the post-hardcore hip-hop world.”

“George is an ace at interlacing the real dramas of the world…Playas and haters and celebrity cameos fuel a novel that is wickedly entertaining while being frozen in time.”