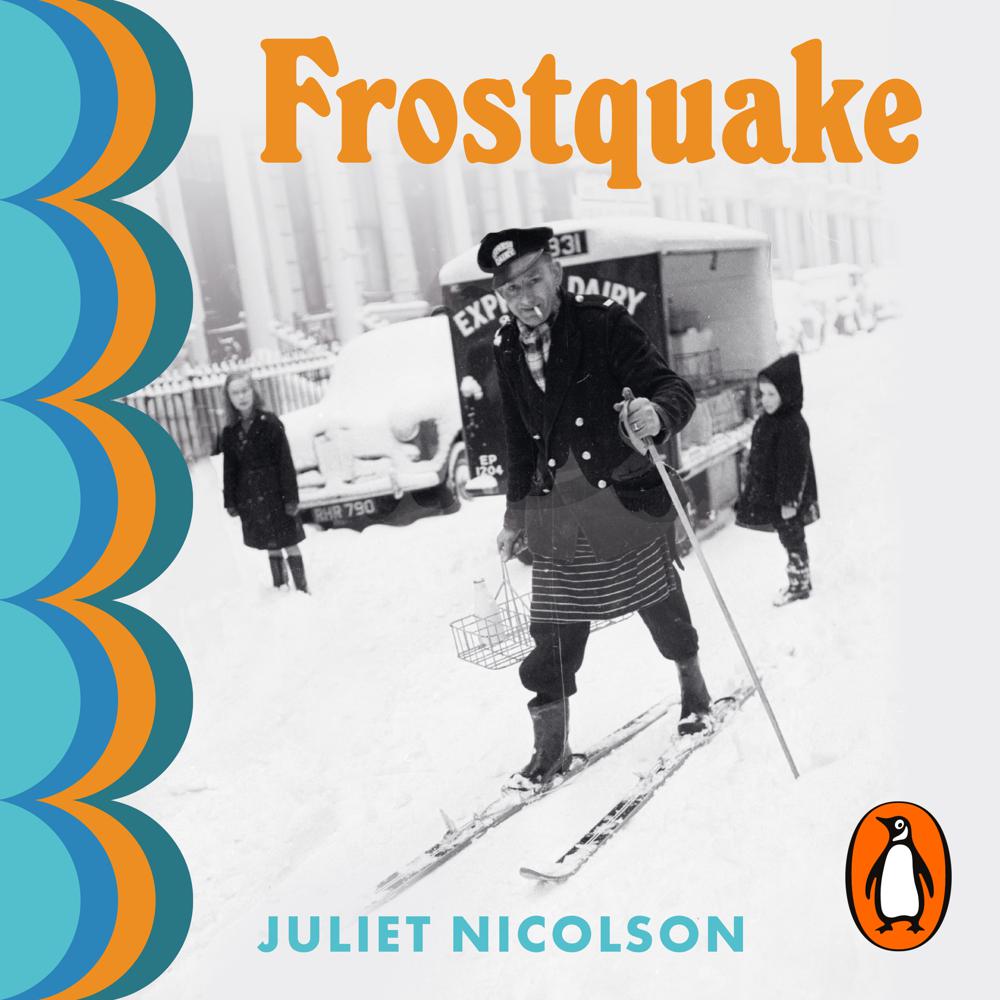 On Boxing Day 1962, when Juliet Nicolson was eight years old, the snow began to fall. It did not stop for ten weeks. The drifts in East Sussex reached twenty-three feet. In London, milkmen made deliveries on skis. On Dartmoor 2,000 ponies were buried in the snow, and starving foxes ate sheep alive.

It wasn't just the weather that was bad. The threat of nuclear war had reached its terrifying height with the recent Cuban Missile Crisis. Unemployment was on the rise, de Gaulle was blocking Britain from joining the European Economic Community, Winston Churchill, still the symbol of Great Britishness, was fading. These shadows hung over a country paralysed by frozen heating oil, burst pipes and power cuts.

And yet underneath the frozen surface, new life was beginning to stir. A new breed of satirists threatened the complacent decadence of the British establishment. A game-changing band from Liverpool topped the charts, becoming the ultimate symbol of an exuberant youthquake. Scandals such as the Profumo Affair exposed racial and sexual prejudice. When the thaw came, ten weeks of extraordinary weather had acted as a catalyst between two distinct eras.

From poets to pop stars, shopkeepers to schoolchildren, and her own family's experiences, Juliet Nicolson traces the hardship of that frozen winter and the emancipation that followed. That spring, new life was unleashed, along with freedoms we take for granted today.

'This book is a must' Peter Hennessy

Juliet Nicolson's new book is a treasure trove... beautifully written. Nicolson uses the imagery of freeze and thaw as a metaphor for the new Britain that was being born, a conceit as elegant in its execution in its conception

Juliet Nicolson's timely study of that pivotal winter in British history has so many parallels with today that it occasionally sends a shiver down your spine . . . Her own memories of the turbulent months before and after that day are the thread that hold this beautifully stitched patchwork of stories together . . . convincing, poetic and often very touching

An entertaining panorama of life in Britain during the original "beast from the east" . . . [Nicolson's] striking hypothesis . . . explores the impending social revolution from many angles . . . out of catastrophe can come change for good: a social revolution in 1963; perhaps an environmental awakening in 2021

An engagingly written mixture of social history and memoir . . . Nicolson invites us to see the worst winter of the century as a catalyst for social change in a nation that had entered the final months of 1962 in the grip of Edwardian deference and morality, yet emerged the following spring riding the first floods of the Swinging Sixties

Fascinating, quirky and evocative . . . Nicolson takes us right back to that muffled, snowbound world . . . The fact we happen to be living through another, different kind of paralysis adds an extra layer of fascination to this book