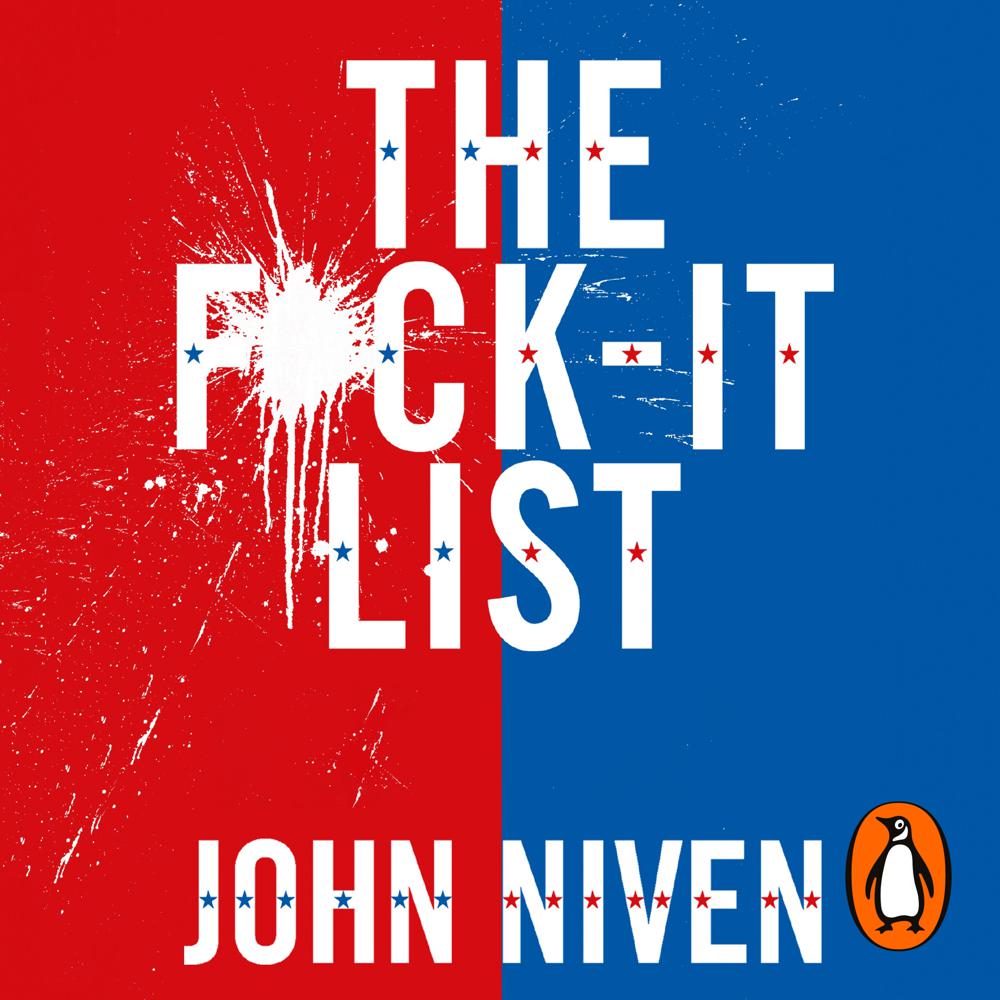 Set in a near-future America, an America that has borne two terms of a Trump Presidency and is now in the first term of Donald’s daughter as president, Frank Brill, a retired small-town newspaper editor, lives in a world where the populist policies Trump is currently so keen to pursue have been a reality for some years and are getting even more extreme – an erosion of abortion rights, less and less gun control, xenophobic immigration policies.

Frank, a good man, has just been given a terminal diagnosis. Rather than compile a bucket list of all the things he’s ever wanted to do in his life, he instead has at the ready his ‘fuck-it list’. Because Frank has had to endure more than his fair share of personal misfortune. And he has the names of those who are to blame for all of the tragedies that have befallen him.

But eventually, as he becomes more accustomed to dishing out cold revenge and the stakes get higher and higher, and with a rogue county sheriff on his tail, there only remains one name left at the bottom of his fuck-it list.

Part political satire, part compulsive thriller, The F*ck-it List is John Niven at his coruscating best.
_____________________________
'It's F**KING TERRIFYING and brilliant and gripping and tragic and humane. Such a well-written book, with such vivid efficient prose, a powerful political plea disguised as a revenge novel. It's brilliant.' MARIAN KEYES

Loved it. A ferocious revenge story which also manages to be sweetly uplifting. A book Donald Trump would call f*cking nasty.

Of course, of course, John Niven does it again. It is impossible to read him without laughing out loud one second, and feeling guiltily exhilarated the next. His perfectly observed writing has taken us to many dark places over the years, but this may be the darkest yet: an America of the very-near future, whose stifling horrors he conjours all-too-believably. Niven is a writer of wicked humour and outrageous charm – but he is a profoundly moral writer, too. And while this is a brilliantly observed revenge story, it’s also a terrifyingly unsettling satire of a world just around the corner. Its warnings will stay with me as long as its wit.

[The F*ck-it List] took me by surprise – a thriller with humanity as well as tension.

Terrifying and brilliant and gripping and tragic and humane ... it becomes progressively more tense … This should be mandatory reading for every U.S. citizen … Such a well-written book, with such vivid efficient prose, a powerful political plea disguised as a revenge novel. It’s brilliant.