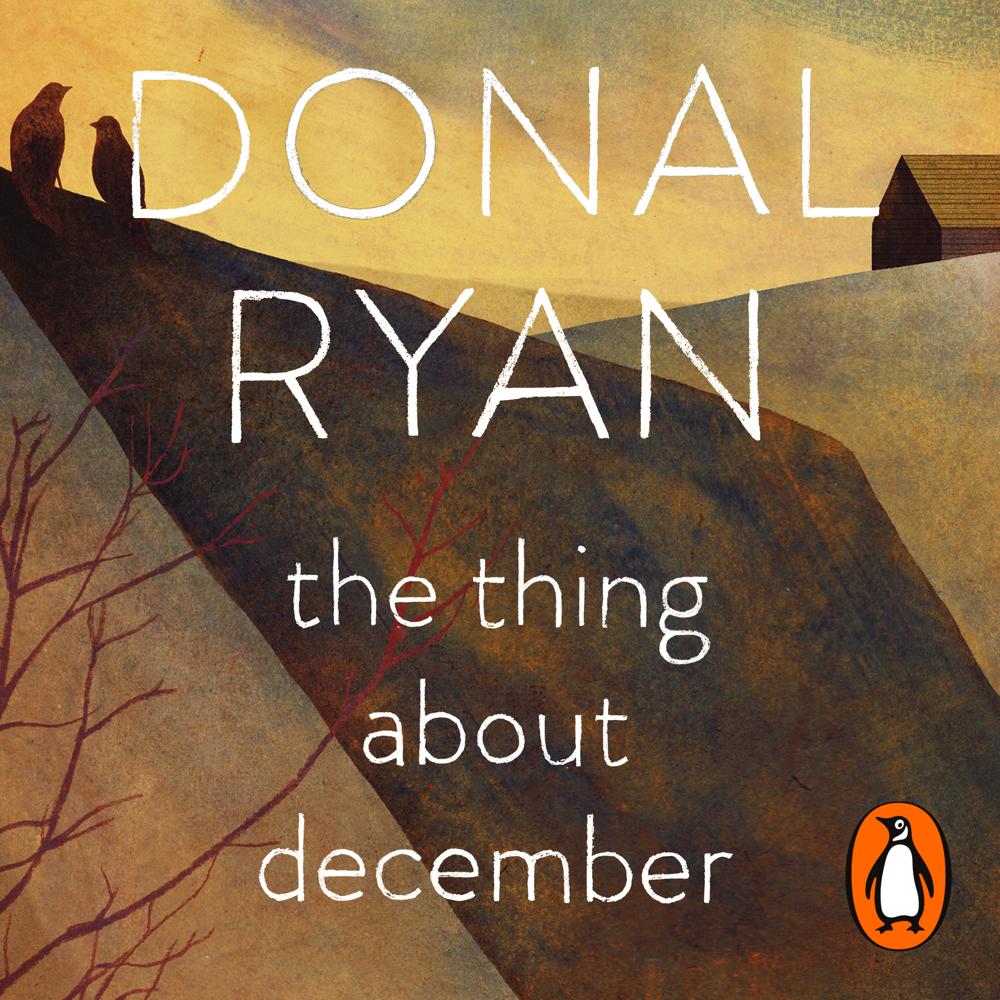 ‘He heard Daddy one time saying he was a grand quiet boy to Mother when he thought Johnsey couldn’t hear them talking. Mother must have been giving out about him being a gom and Daddy was defending him. He heard the fondness in Daddy’s voice. But you’d have fondness for an auld eejit of a crossbred pup that should have been drowned at birth.’

While the Celtic Tiger rages, and greed becomes the norm, Johnsey Cunliffe desperately tries to hold on to the familiar, even as he loses those who all his life have protected him from a harsh world. Village bullies and scheming land-grabbers stand in his way, no matter where he turns.
Set over the course of one year of Johnsey’s life, The Thing About December breathes with his grief, bewilderment, humour and agonizing self-doubt. This is a heart-twisting tale of a lonely man struggling to make sense of a world moving faster than he is.
Donal Ryan’s award-winning debut, The Spinning Heart, garnered unprecedented acclaim, and The Thing About December confirms his status as one of the best writers of his generation.

A force of nature ... a life-enhancing talent

Painfully moving ... Ryan’s work has set a benchmark to which other writers will aspire.

Compelling and heartbreaking . . beautiful, yet simple and utterly convincing

Cements Ryan as the sharpest chronicler of modern Irish life

His paragraphs are unnoticeably beautiful, his heart always on show, and he writes with a social accuracy that is devastating