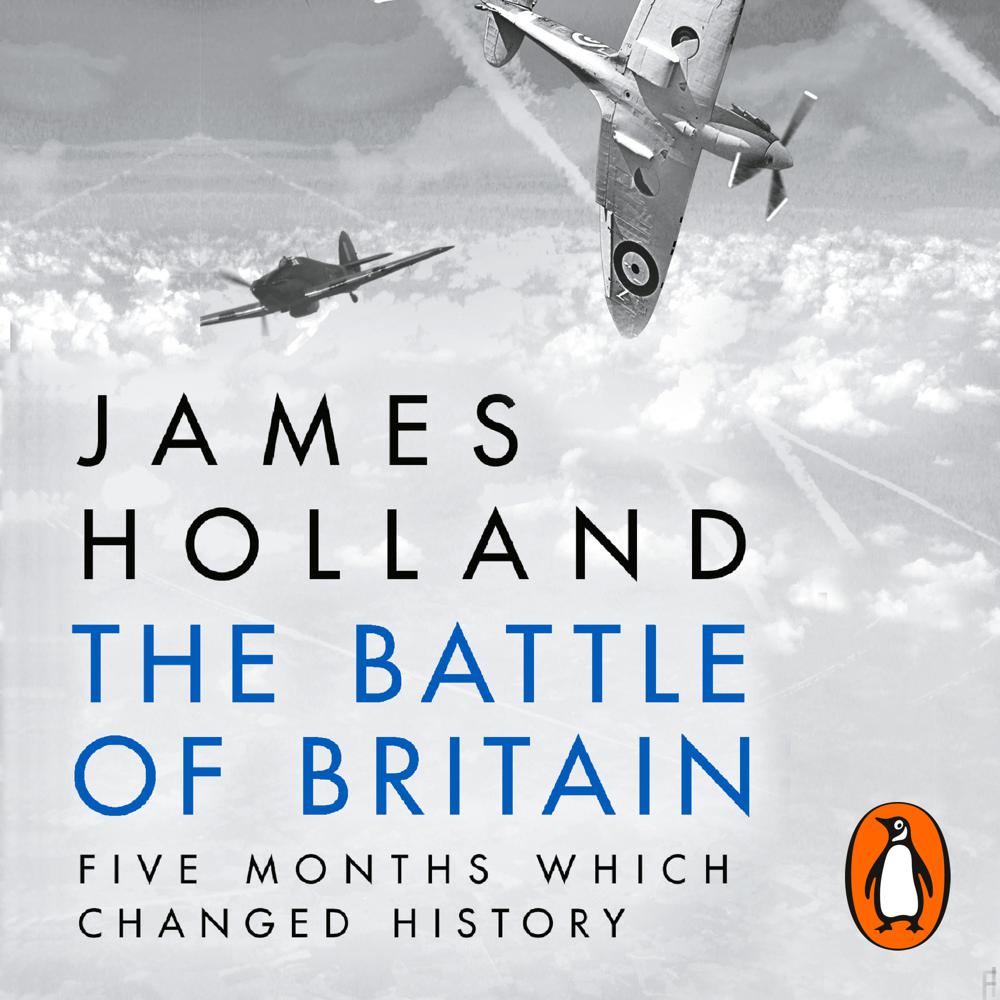 This audio edition includes an exclusive Q&A between James Holland and Al Murray.

'If Hitler fails to invade or destroy Britain, he has lost the war,' Churchill said in the summer of 1940.He was right.The Battle of Britain was a crucial turning point in the history of the Second World War. Had Britain's defences collapsed, Hitler would have dominated all of Europe and been able to turn his full attention east to the Soviet Union.

The German invasion of France and the Low Countries in May 1940 was unlike any the world had ever seen. It hit with a force and aggression that no-one could counter and in just a few short weeks, all in their way crumbled under the force of the Nazi hammer blow. With France facing defeat and with British forces pressed back to the Channel, there were few who believed Britain could possibly survive.Soon, it seemed, Hitler would have all of Europe at his feet.

Yet Hitler's forces were not quite the Goliath they at first seemed, while her leadership lacked the single-minded purpose, vision and direction that had led to such success on land.Nor was Britain any David.Thanks to a sophisticated defensive system and the combined efforts of the RAF, Royal Navy as well as the mounting sense of collective defiance led by a new Prime Minister, Britain was not ready to roll over just yet.

From clashes between coastal convoys and Schnellboote in the Channel to astonishing last stands in Flanders, and from the slaughter by the U-boats in the icy Atlantic to the dramatic aerial battles over England, The Battle of Britain tells this most epic of stories from all sides, drawing on extensive new research from around the world. In so doing, it paints a complete picture of that extraordinary summer - a time in which the fate of the world truly hung by a thread.

Excellent on all the technicalities of the conflict ... full of lively pen portraits and unusual insights

Ambitious and comprehensive ... the pace never flags as the narrative ranges effortlessly from the cockpit of the Spitfire to the gallery of the House of Commons

Holland is one of a new generation of historians who were born long after the war but who bring to the subject a freshness and proper spirit of enquiry. A great achievement

Holland is excellent on telling detail...This is a notable account of an epic human experience, told with the informality and enthusiasm that distinguish Holland's work...If the story is familiar, Holland tells it with authority and exuberant panache