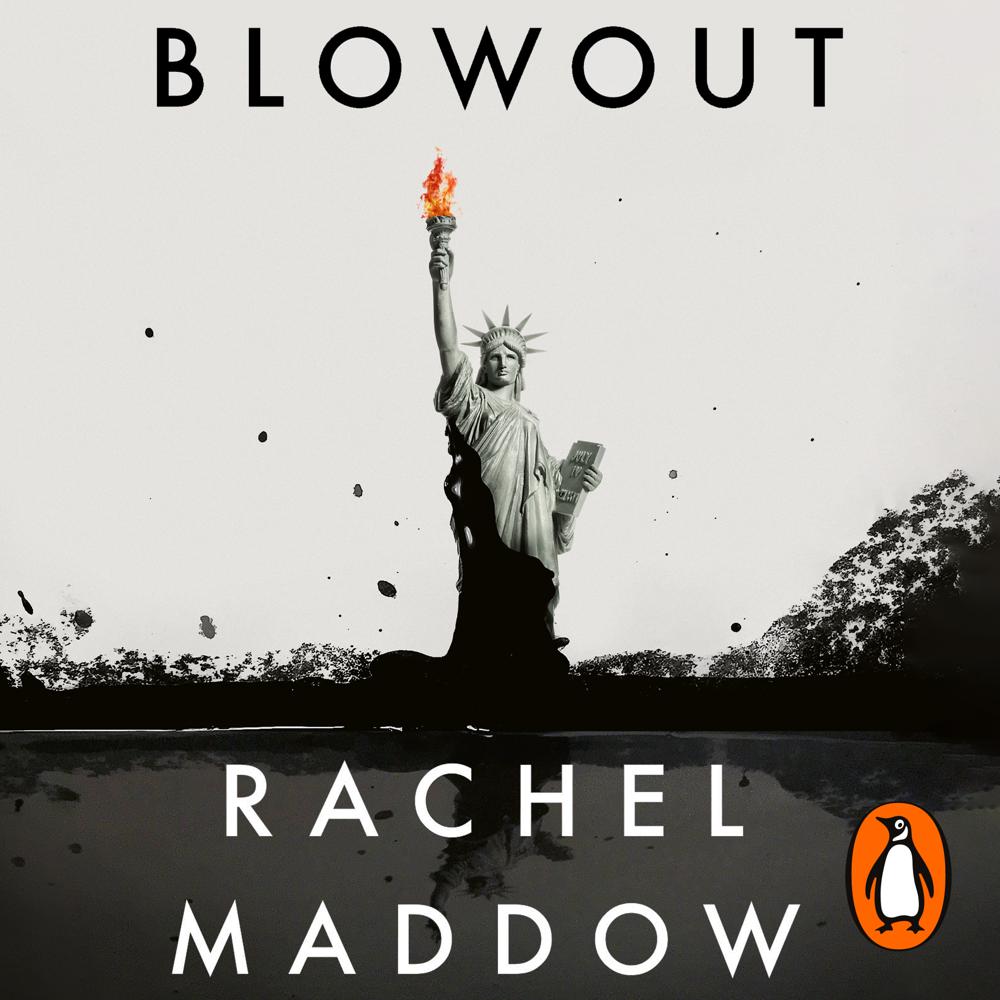 Award-winning American news presenter Rachel Maddow investigates remarkable stories from around the globe, all leading back to the same crooked source: the unimaginably lucrative and equally corrupting oil and gas industry.

From Oklahoma, Texas and Washington, to Kyiv, Siberia and Moscow, to Equatorial Guinea and Alaska; from a mansion in Malibu with the world’s largest collection of Michael Jackson memorabilia to luxury hotels in central London; from deep within the earth’s crust to the icy surface of the Arctic seas, Blowout uncovers a web of international corruption.

With her trademark black humour, Maddow takes us through the purposeful detonation of a fifty-kiloton nuclear bomb underground near Colarado, man-made earthquakes, murdered cows and the international financial crisis, to the greed and incompetence of Big Oil and Gas, and a surprising conclusion about why the Russian government hacked the 2016 U.S. election. Chevron, BP, and a host of other industry players get their star turn, most notably ExxonMobil and the deceptively well-behaved Rex Tillerson.

The oil and gas industry has weakened democracies in developed and developing countries, fouled oceans and rivers, and propped up authoritarian thieves and killers. But being outraged at it is, according to Maddow, "like being indignant when a lion takes down and eats a gazelle. You can't really blame the lion. It's in her nature."

Blowout is a call to contain the lion: to stop subsidizing the wealthiest businesses on earth, to fight for transparency, and to check the influence of the world's most destructive industry and its enablers. The stakes have never been higher. As Maddow writes, "Democracy either wins this one or disappears."

It takes enormous talent to balance brutal honesty with scorching wit. Rachel Maddow has it in spades; exposing the truth about how the fossil fuel industry threatens our existence both as a democratic people and as an entire species. Each page in Blowout is a revelation into the depth of corruption and greed that is infused into the international economy. We should be grateful that Maddow has found herself on the frontline of resistance

Radiates zing, intelligence, and black humour. Much like its author

[Rachel Maddow] may be a popular, progressive news-and-commentary anchor on MSNBC, but it's not to be forgotten that she holds a doctorate in politics from Oxford and seems to devour whole libraries of data before breakfast each day... Expect a tweetstorm as Maddow's indictment of a corrupt industry finds readers - and it deserves many

Fulminating comes easy to Rachel Maddow. What sets her apart from other serial fulminators is that she does it with facts – and sardonic wit

All fans of Maddow, and even her detractors, will learn something new from this highly readable yet impressively detailed book. Anyone interested in the covert deals that change the nature of the global environmental and political landscape will devour. A must-have for all collections