Our Man In Havana
Graham Greene 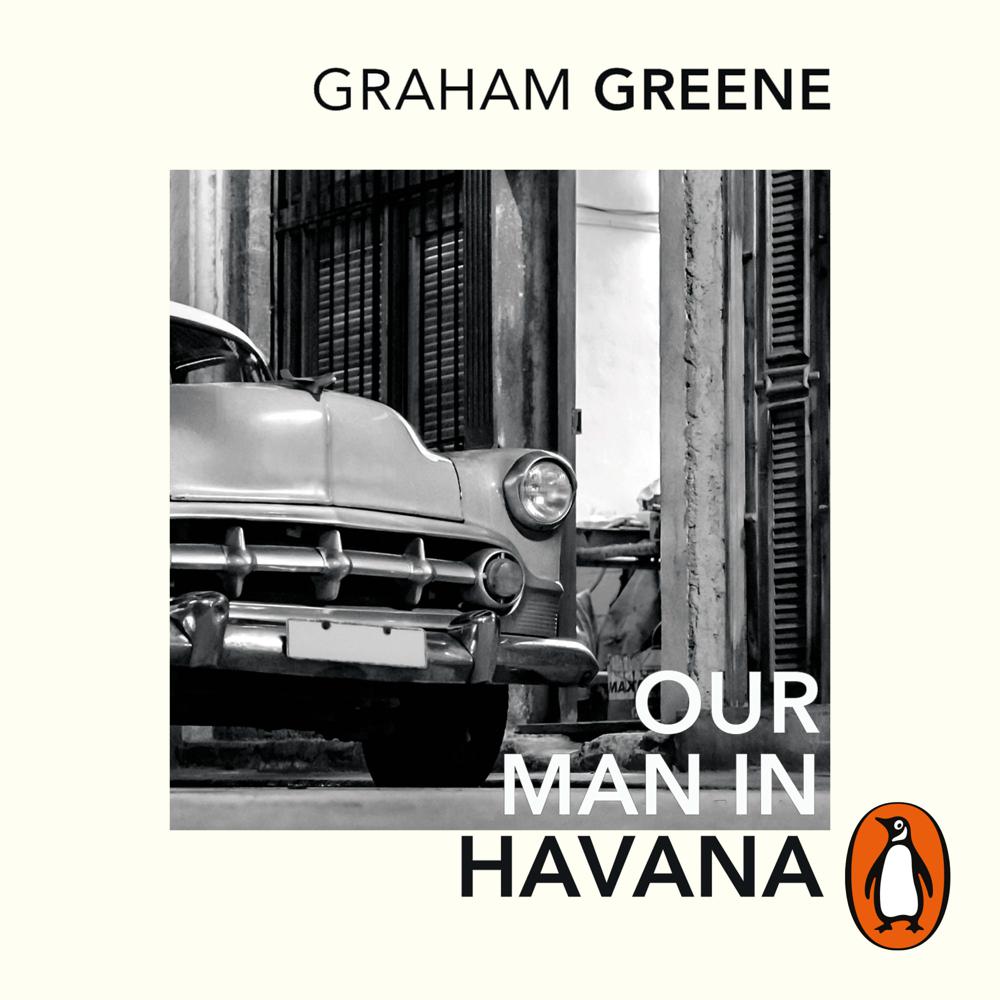 Wormold is a vacuum cleaner salesman in a city of power cuts. His adolescent daughter spends his money with a skill that amazes him, so when a mysterious Englishman offers him an extra income he's tempted. In return all he has to do is carry out a little espionage and file a few reports. But when his fake reports start coming true, things suddenly get more complicated and Havana becomes a threatening place.

As comical, satirical, atmospherical an "entertainment" as he has given us

He had a sharp nose for trouble and injustice. In Our Man In Havana - a witty send-up of an agent's life - it was Cuba before Castro

Nobody should be anywhere near power who hasn't read (or seen the film of) Our Man in Havana, a powerful satire on the silly world of spying by a man who had experienced it

British Intelligence being sent up something rotten