Behind the Mask
Tyson Fury 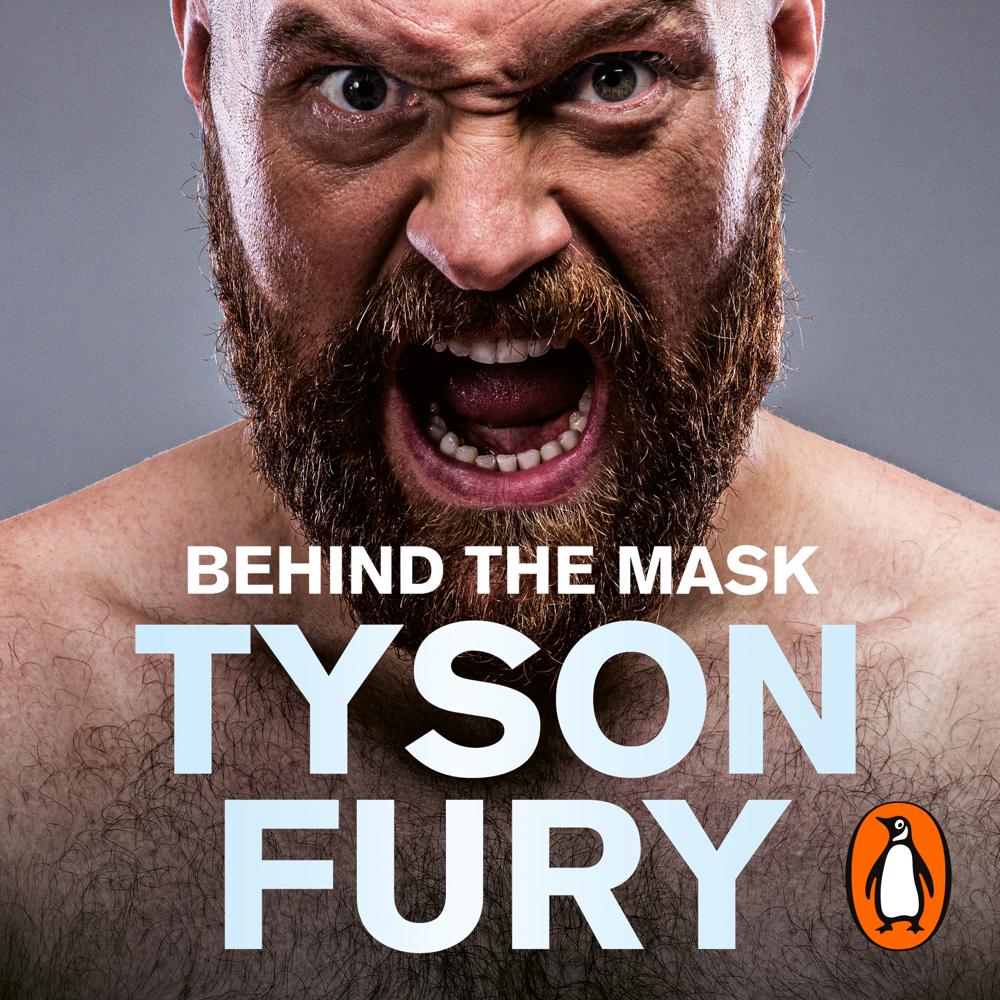 The extraordinary story of the rise and fall and rise again of Tyson Fury...

A Manchester lad from Irish Traveller stock, born three months premature and weighing just a pound at birth, Tyson (named after his father's boxing hero) grew up to become one of the most unlikely heavyweight champions in history. This 'dream come true' soon turned to nightmare, however, as alcohol and cocaine abuse took hold and Tyson was stripped of his titles. What followed was the darkest moment of his life - detailed in this book for the first time - in which he came within seconds of ending everything.

Like all the greatest stories, though, there is redemption and Tyson defies all the odds and literally drags himself to his feet. 10 million people around the globe watched Fury fight Wilder in the biggest fight of the boxing calendar. Speaking candidly about his struggles with mental health, this is Tyson Fury as you have never seen him before.

Behind the Mask is an unflinching autobiography from the greatest boxer of our time and a man who has demonstrated strength of a very different kind by conquering his demons.
________________________________
'It's a great book. If I could read, I'd buy it.' BILLY JOE SAUNDERS, WBO World Super-Middleweight Champion

'I didn't believe boxers could be role models, but Tyson Fury has changed my mind... This 30-year-old Mancunian has made us all think twice about the possibilities of redemption.' SIMON KELNER, INDEPENDENT

'Tyson Fury has become Britain's most unlikely inspirational figure... the sight of a broken Fury caught a mood with the public. Never was the epithet "People's Champion" more apt' RON LEWIS, THE TIMES

'Incredible stories... you don't have to be a boxing fan to enjoy it' SCOTT MILLS, BBC RADIO 1

'An unusual, heartening story, nicely told. There is much to amaze and admire' SUNDAY TIMES

'Fury delivers on his Behind The Mask promise. Beneath the rowdy showmanship is a gifted athlete with bottomless reservoirs of determination and a rare willingness to be frank about his vulnerability to depression.' THE SPORTSMAN

Speaking candidly about his struggles with mental health, this is Tyson Fury as you've never seen him before.

‘Behind the Mask is his unflinching account of how he overcame his battles with obesity, anxiety, drink and drug abuse, depression and despair to become one of the most exciting fighters of boxing’s modern age.'

Fury delivers on his Behind The Mask promise. Beneath the rowdy showmanship is a gifted athlete with bottomless reservoirs of determination and a rare willingness to be frank about his vulnerability to depression […] you may have to take him more seriously than your instincts suggest.

His autobiography Behind The Mask and ITV programme has shown how vulnerable people are to depression and other mental health issues. The country should make him an ambassador for mental health awareness.

‘The story of his recovery and resurgence... struck a chord with fans around the world. When his autobiography, Behind the Mask, was released in November 2019, it reached the No 1 spot on Amazon’s charts within 24 hours.’