Now We Have Your Attention
Jack Shenker 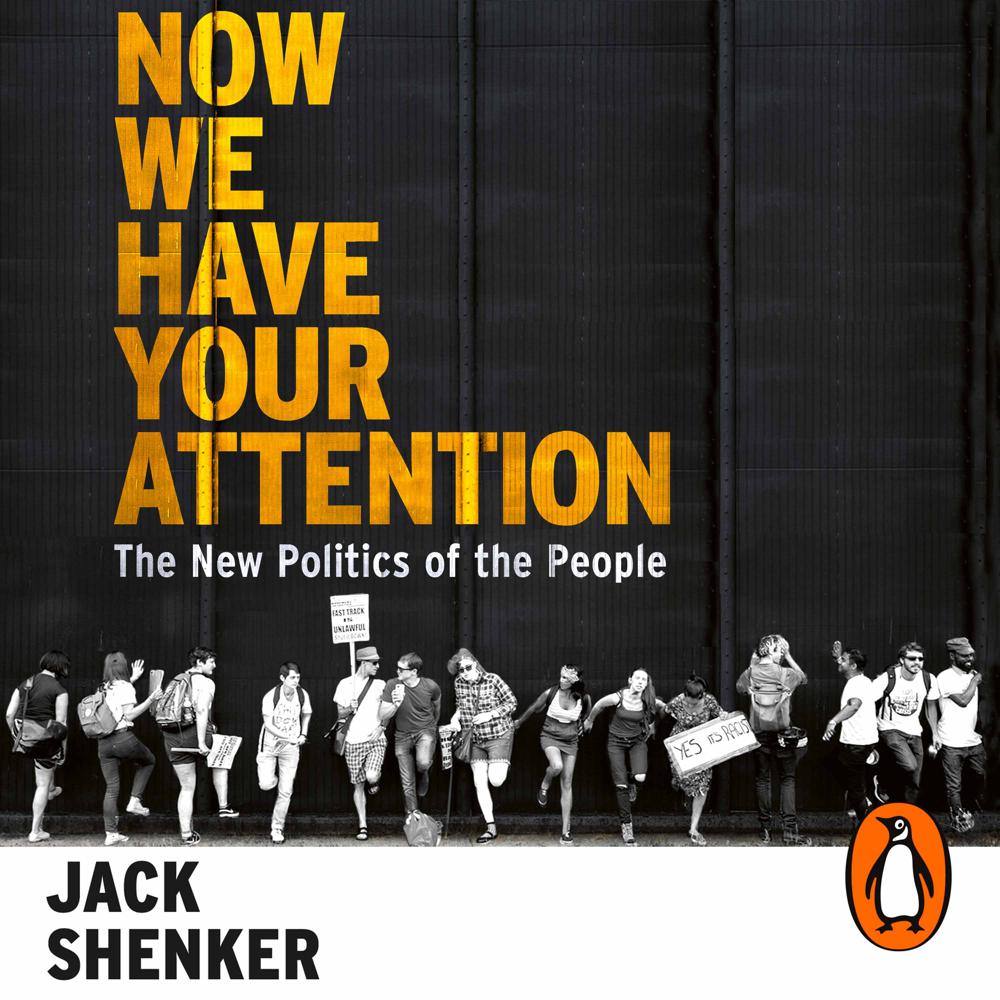 Bought to you by Penguin.

"One of the most important and compelling books I've ever read, by one of Britain's most gifted writers. If you want to understand why we are in this crisis, listen to the voices all too often airbrushed from the political conversation" OWEN JONES

Now We Have Your Attention makes sense of what is happening in British politics by taking a radically different perspective: the people’s.

From a warehouse in Manchester to a pub in Essex, from the outskirts of Glasgow to a racecourse in Durham, Jack Shenker uncovers the root causes of our current crisis and the future direction of British politics through the lives of ordinary individuals. Taking us deep into communities hollowed out by austerity and decades of economic disadvantage, among a generation crippled by precarious work and unaffordable housing, he shows where the chaos at Westminster ultimately springs from – and how disillusionment with it is fuelling a passionate engagement with politics of a completely different kind: local, personal, effective and utterly fearless.

Joining a ‘McStrike’ protest on a roundabout in Cambridge and a gathering of the London Renters’ Union in the aftermath of Grenfell, meeting hard-right bloggers in Newcastle and climate change protesters in Brighton, Shenker draws on exceptional access to campaign groups, activist movements and grassroots gatherings throughout the country – including unique access to Momentum, who have re-radicalised the Labour party from the outside in – to introduce us to the citizens and leaders of tomorrow: people who are changing things for themselves.

Inspiring and terrifying in equal measure, Now We Have Your Attention uncovers a revolutionary transformation in attitudes and behaviour, and a future that will shape us all.

An exploration of a nation in distress, touching on many of the key fractures that have opened in British society [and] the energy and vision of activists seeking to build something different … skilfully compiled through the first-hand stories of the protagonists … told with great sensitivity and empathy … deeply moving … [George Packer’s] The Unwinding is the closest comparison. Shenker is an excellent guide and an elegant writer … urgent' WILLIAM DAVIES, Guardian

For Jack Shenker, understanding the Brexit vote and the transformation of party politics means looking for answers where others have failed to tread... The author’s passion – and the defiance of his subjects – is infectious. You have to applaud him for finding the untold stories behind the rolling omnishambles that is British politics in 2019

A beautifully written piece of cultural analysis … does an excellent job of providing deep historical context … Shenker has a powerful ability to tell stories that are resonant and arresting … Hope is what makes Now We Have Your Attention distinctive. Shenker finds many groups that … are doing what only social movements can do: dramatically widen … the range of ideas deemed acceptable in public discourse and policy debate

One of the most important and compelling books I've ever read, by one of Britain's most gifted writers. If you want to understand why we are in this crisis, listen to the voices all too often airbrushed from the political conversation" OWEN JONES

Jack Shenker’s elegantly written book not only describes how the calamity of Britain today was long in the making, it outlines a future about which one can reasonably feel hope" PANKAJ MISHRA