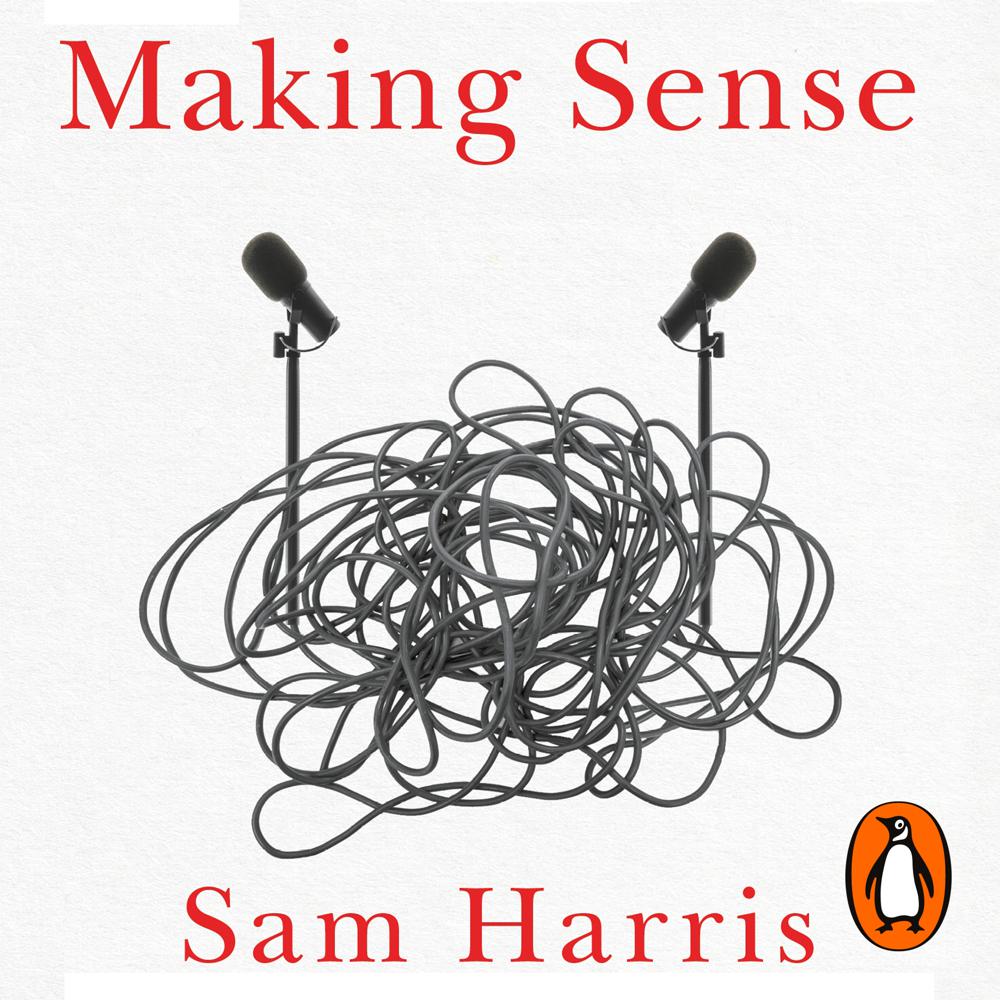 “Civilization rests on a series of successful conversations.” —Sam Harris

Neuroscientist, philosopher, podcaster and bestselling author Sam Harris, has been exploring some of the greatest questions concerning the human mind, society, and the events that shape our world.

Harris’ search for deeper understanding of how we think has led him to engage and exchange with some of our most brilliant and controversial contemporary minds - Daniel Kahneman, Robert Sapolsky, Anil Seth and Max Tegmark - in order to unpack and understand ideas of consciousness, free will, extremism, and ethical living.

For Harris, honest conversation, no matter how difficult or contentious, represents the only path to moral and intellectual progress.

Featuring eleven conversations from the hit podcast, these electric exchanges fuse wisdom with rigorous interrogation to shine a light on what it means to make sense of our world today.

"I don’t have many can’t miss podcasts, but Making Sense is right at the top of that short list" Stephen Fry

Do yourself a favor, broaden your perspectives and listen to the Making Sense podcast. Whatever your politics, you will find ideas and points of views you've never considered before, in fields you don't know, from neuroscience to computer science to culture.

I don’t have many can’t miss podcasts, but Making Sense is right at the top of that short list. Sam Harris and his varied and fascinating guests generate light but not heat. The choir is neither preached to nor pointlessly provoked. I have never finished a single episode without having learned something and being given pause for real thought.

Even in casual discussion, Sam is intelligent, educated, honest, considered and brave. He’s really not cut out for the Internet.

Sam Harris is the most intellectually courageous man I know, not afraid to speak truths out in the open where others keep those very same thoughts buried, fearful of the modish thought police. His literate intelligence and fluency with words has transferred from the written to the spoken medium, and in his podcast he brings out the best in his guests, including those with whom he disagrees.

Of all the podcasts available, the one nobody should miss is Making Sense. Every episode is stimulating. In an era when everyone seems to have lost their reason, here is one of the few places where reason remains safe.