Around the World in 80 Days
Mark Beaumont 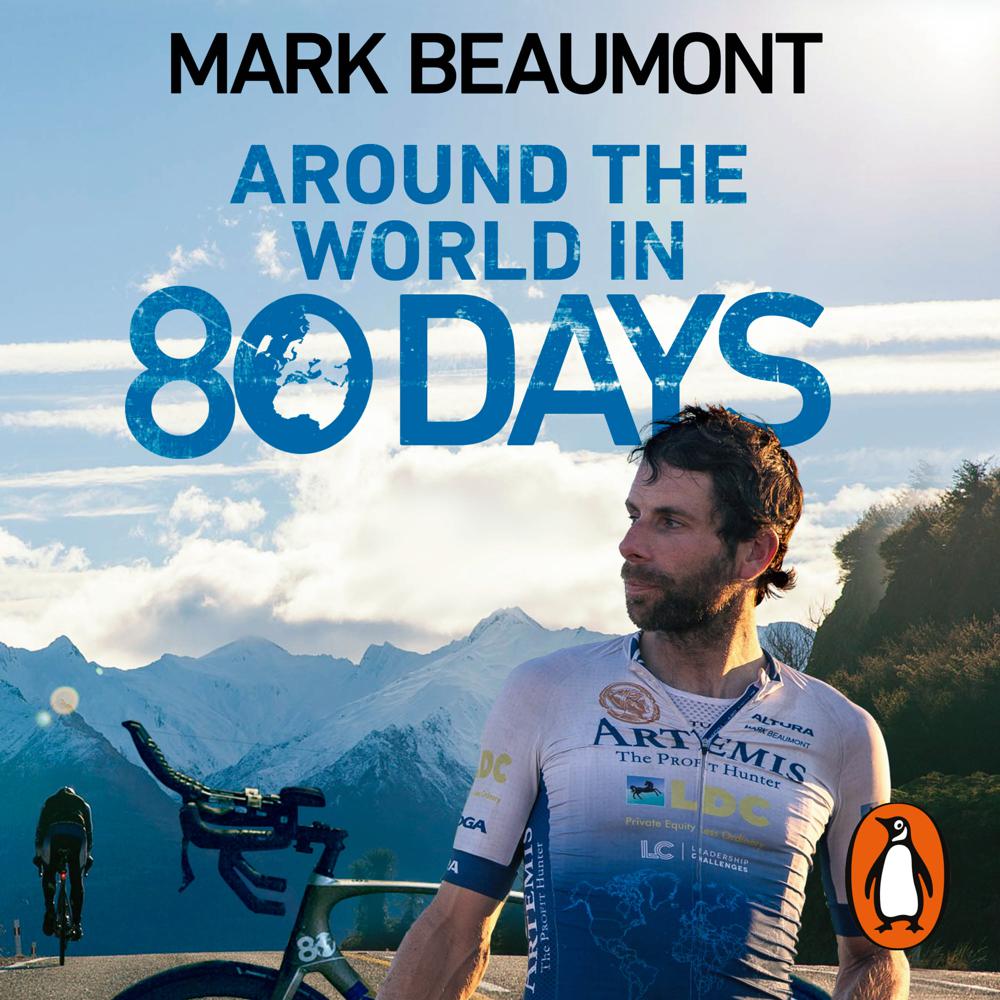 Penguin presents the audio edition of Around the World in 80 Days, written and read by Mark Beaumont.

The inspiring story of one man's record-breaking cycle around the world.

On Monday 18th September 2017, Mark Beaumont pedalled through the Arc de Triomphe in Paris. 78 days, 14 hours and 40 minutes earlier he set off from the same point, beginning his attempt to circumnavigate the world in record time. Covering more than 18,000 miles and cycling through some of the harshest conditions one man and his bicycle can endure, Mark made history. He smashed two Guinness World Records and beat the previous record by an astonishing 45 days.

Around the World in 80 Days is the story of Mark’s amazing achievement - one which redefines the limits of human endurance. It is also an insight into the mind of an elite athlete and the physical limits of the human body, as well as a kaleidoscopic tour of the world from a very unique perspective; inspired by Jules Verne’s classic adventure novel, Mark begins his journey in Paris and cycles through Europe, Russia, Mongolia and China. He then crosses Australia, rides up through New Zealand and across North America before the final 'sprint finish' thorough Portugal, Spain and France, all at over 200 miles a day. This is the story of a quite remarkable adventure, by a quite remarkable man.

Following the most impressive attempt yet on the round-the-world record, Mark Beaumont has produced a book to match. Around the World in 80 Days will leave you in awe at the enormity of the challenge that he set himself – and the extent of his preparation.