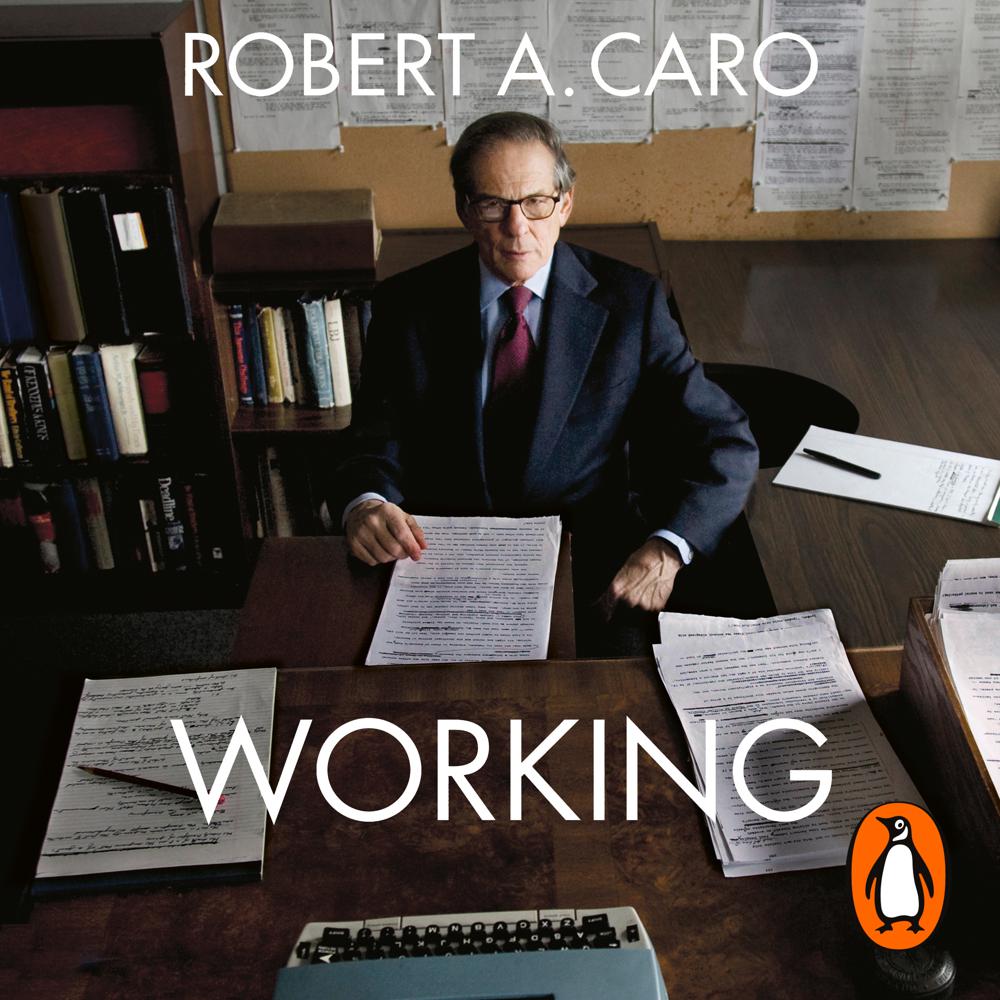 Narrated By: Robert A Caro

Random House presents the audiobook edition of Working, written and read by Robert A. Caro.

Robert A. Caro, 'one of the great reporters of our time and probably the greatest biographer’ (Sunday Times), is one of the most acclaimed writers of his generation, whose biographies are widely considered to be masterpieces.

In Working he offers a captivating account of his life as a writer, describing the sometimes staggering lengths to which he has gone in order to produce his books and offering priceless insights into the art and craft of non-fiction writing.

Anyone interested in investigative journalism and the pursuit of truth, in the writer’s process and the creation of literature, in the art of interviewing or simply the psychology of excellence will find a masterclass in all these subjects within these pages. Readers already familiar with Caro’s work, meanwhile, will be thrilled at the revelations on offer, including how he discovered the fiercely guarded secrets of his subjects, how he constructed the pivotal scenes in his books and the fullest description yet of his forthcoming final volume of The Years of Lyndon Johnson.

Including several of Caro’s most famous speeches and interviews alongside the new material, Working is the self-portrait of a man who knows the meaning and importance of great story-telling. It is, like all his books, an utterly riveting example of that too.

One of the greatest non-fiction works ever written

A stupendous achievement … Caro’s style is gripping, indeed hypnotic, and he squeezes every ounce of drama from his remarkable story