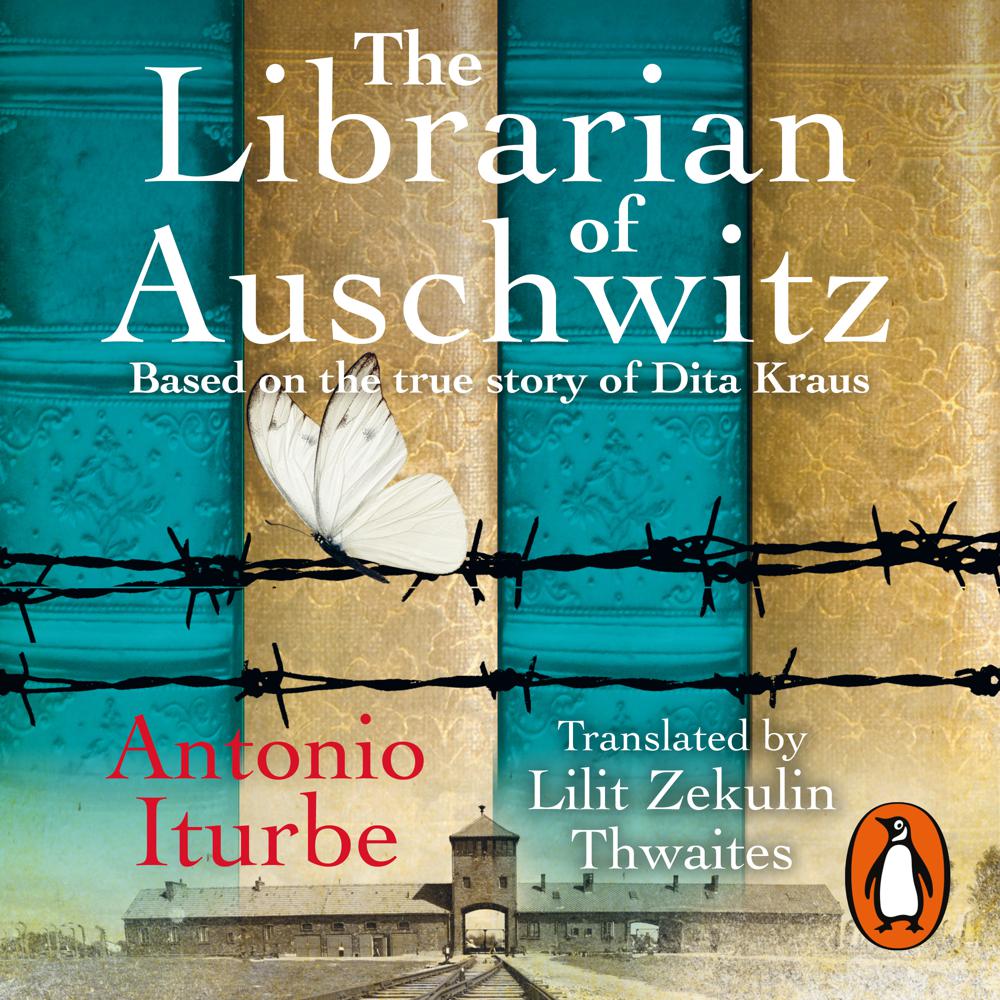 Random House presents the audiobook edition of The Librarian of Auschwitz by Antonio Iturbe, read by Marisa Calin.

For readers of The Tattooist of Auschwitz and The Choice: this is the story of the smallest library in the world – and the most dangerous.

'It wasn’t an extensive library. In fact, it consisted of eight books and some of them were in poor condition. But they were books. In this incredibly dark place, they were a reminder of less sombre times, when words rang out more loudly than machine guns…’

Fourteen-year-old Dita is one of the many imprisoned by the Nazis at Auschwitz. Taken, along with her mother and father, from the Terezín ghetto in Prague, Dita is adjusting to the constant terror that is life in the camp. When Jewish leader Freddy Hirsch asks Dita to take charge of the eight precious books the prisoners have managed to smuggle past the guards, she agrees. And so Dita becomes the secret librarian of Auschwitz, responsible for the safekeeping of the small collection of titles, as well as the ‘living books’ - prisoners of Auschwitz who know certain books so well, they too can be ‘borrowed’ to educate the children in the camp.

But books are extremely dangerous. They make people think. And nowhere are they more dangerous than in Block 31 of Auschwitz, the children’s block, where the slightest transgression can result in execution, no matter how young the transgressor…

Like Markus Zusak’s The Book Thief, it’s a sophisticated novel with mature themes, delivering an emotionally searing reading experience. An important novel that will stand with other powerful testaments from the Holocaust era.

an engrossing read, seamlessly translated from Iturbe's original Spanish. Iturbe retains the dignity and full horror of Dita's situation, while creating a narrative of hope and bravery in the face of fear.

Though no punches are pulled about the unimaginable atrocity of the death camps, a life-affirming history.

this novel is one that could easily be recommended... alongside Elie Wiesel's Night and The Diary of Anne Frank ...once read, will never be forgotten...A hauntingly authentic Holocaust retelling