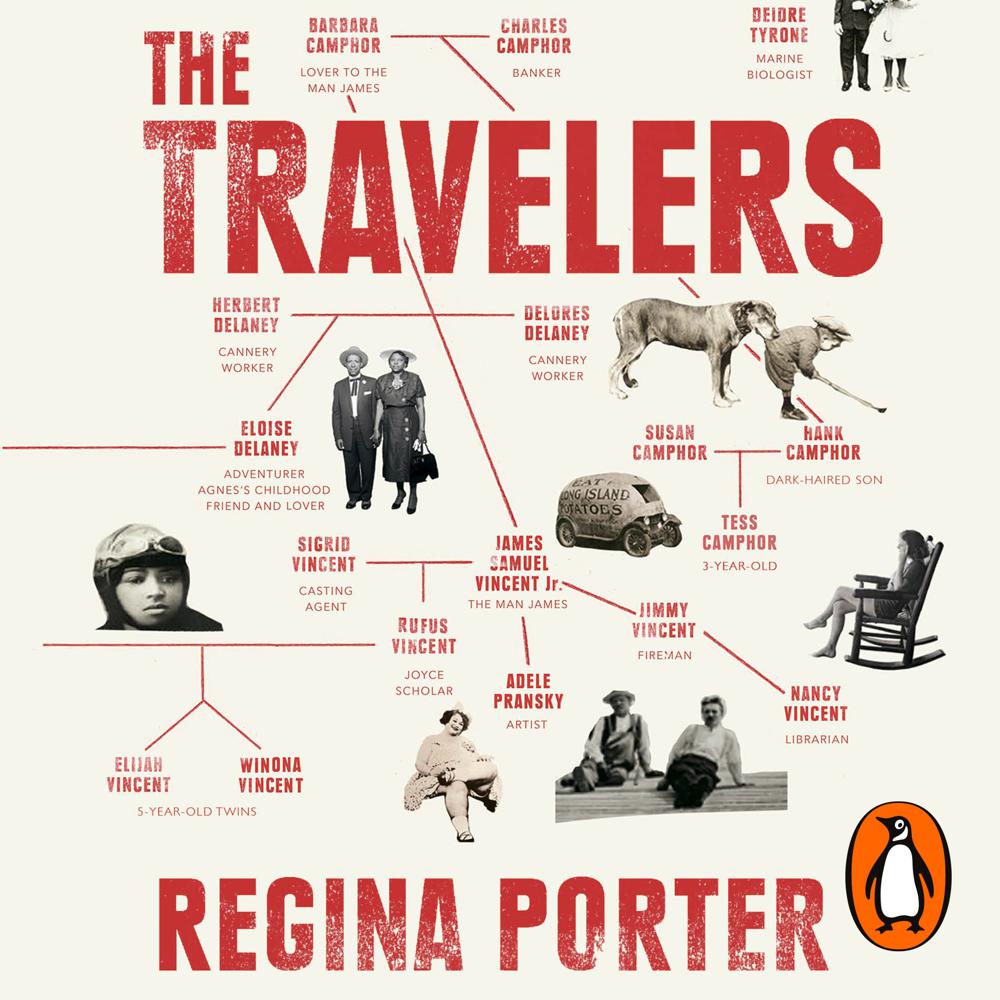 Penguin presents the audio edition of The Travelers by Regina Porter, read by Bahni Turpin and Dominic Hoffman.

When the boy was four, he asked his father why people needed sleep. His father said, ‘So God could unfuck all the things people fuck up.’

*LONGLISTED FOR THE ORWELL PRIZE FOR POLITICAL FICTION 2020*

As America recovers from the Second World War, two families’ journeys begin. James Vincent, born in 1942 to an Irish-American family, escapes his parents’ turbulent marriage and attends law school in New York, where he moves up the social ladder as a prosperous and bright attorney. Meanwhile, Agnes Miller, a beautiful black woman on date with a handsome suitor, is pulled over by the police on a rural road in Georgia. The terrible moments that follow make her question her future and pivot her into a hasty marriage and new life in the Bronx.

Illuminating more than six decades of sweeping change – from the struggle for civil rights and the chaos of Vietnam to Obama’s first year as President – James and Agnes’s families will come together in unexpected, intimate and profoundly human ways.

Romantic and defiant, humorous and intellectually daring, Regina Porter brilliantly explores how race, gender and class collide in modern-day America – and charts the mishaps and adventures we often take to get closer to ourselves and to home.

The Travelers is a rare debut that heralds what should be a long and promising career.

If you’re looking for a poetic, spare, sometimes funny tale of ordinary people pining for meaningful connections — or if you’re someone who wishes Raymond Carver had published a novel — you have arrived.

Regina Porter’s sprawling, sparkling debut novel… is an exhilarating ride. Porter is a wickedly astute chronicler of human foibles. In her hands, this series of glimpses feels something like life itself.

Spanning six decades and three continents…[The Travelers] is held together by an elegant web of connections… Porter has a striking habit of telescoping time to chart individual trajectories… The often breathtaking immediacy and assurance of Porter’s prose carries you through.