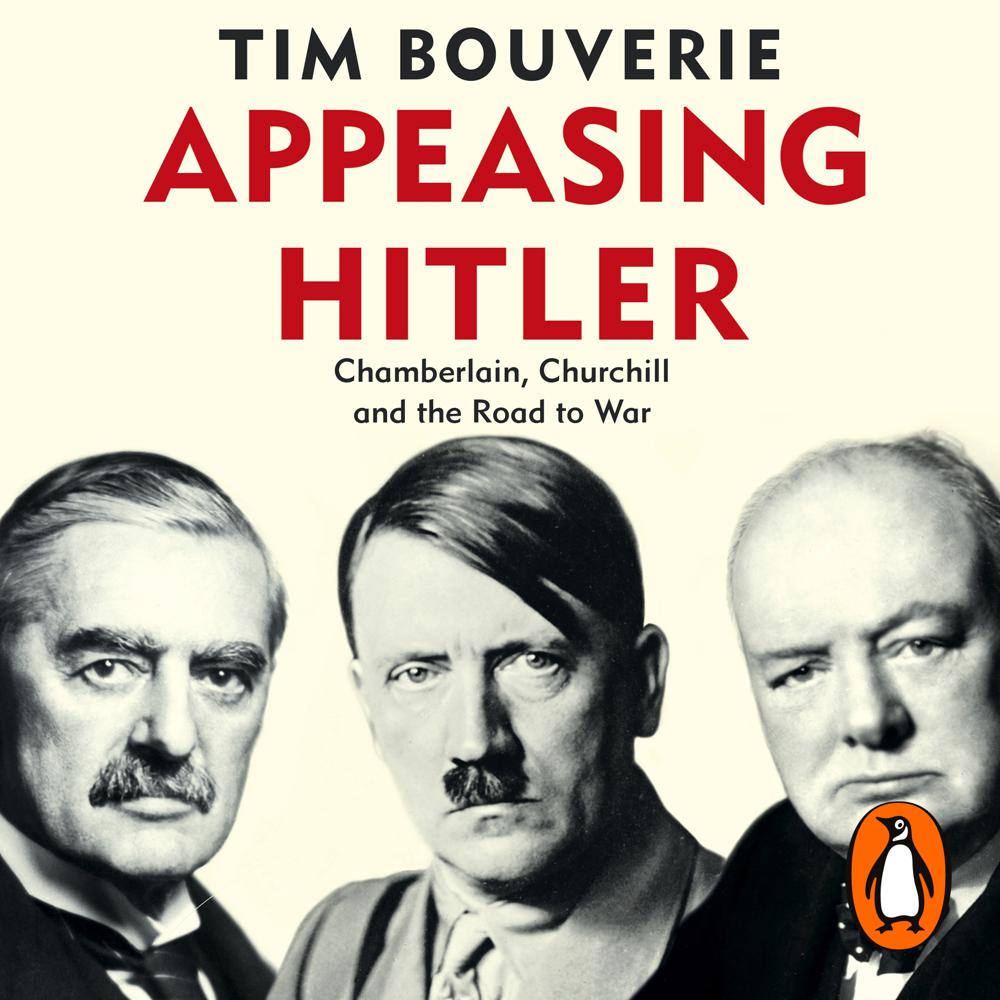 'Appeasing Hitler is an astonishingly accomplished debut. Bouverie writes with a wonderful clarity and we will no doubt hear a lot more of his voice in future'
ANTONY BEEVOR

On a wet afternoon in September 1938, Neville Chamberlain stepped off an aeroplane and announced that his visit to Hitler had averted the greatest crisis in recent memory. It was, he later assured the crowd in Downing Street, ‘peace for our time’. Less than a year later, Germany invaded Poland and the Second World War began.

Appeasing Hitler is a compelling new narrative history of the disastrous years of indecision, failed diplomacy and parliamentary infighting that enabled Nazi domination of Europe. Beginning with the advent of Hitler in 1933, it sweeps from the early days of the Third Reich to the beaches of Dunkirk. Bouverie takes us into the backrooms of 10 Downing Street and Parliament, where a small group of rebellious MPs, including the indomitable Winston Churchill, were among the few to realise that the only choice was between ‘war now or war later’. And we enter the drawing rooms and dining clubs of fading imperial Britain, where Hitler enjoyed surprising support among the ruling class and even some members of the Royal Family.

Drawing on deep archival research, including previously unseen sources, this is an unforgettable portrait of the ministers, aristocrats and amateur diplomats who, through their actions and inaction, shaped their country's policy and determined the fate of Europe.

Both sweeping and intimate, Appeasing Hitler is not only eye-opening history but a timeless lesson on the challenges of standing up to aggression and authoritarianism – and the calamity that results from failing to do so.

Every so often I've been escaping to the corner of my garden and losing myself in Tim Bouverie's brilliant Appeasing Hitler. It's a compelling read that combines detailed research with a flair for narrative

This is the debut of an unusually talented writer, one of the most promising young historians to enter our field for years

A brilliant and sparkling debut by an outstanding young historian. Tim Bouverie has written an account of the build-up to the Second World War that reads like a thriller. I couldn’t put it down.

Appeasing Hitler is an astonishingly accomplished debut. Bouverie writes with a wonderful clarity and we will no doubt hear a lot more of his voice in future

Drawing on an impressive and interesting range of sources and characters, Tim Bouverie has written a fascinating and scholarly portrait of a decade when credulity, self-interest and poor judgement prevailed tragically and inexorably over morality and good sense: this is the reporting of history at its best