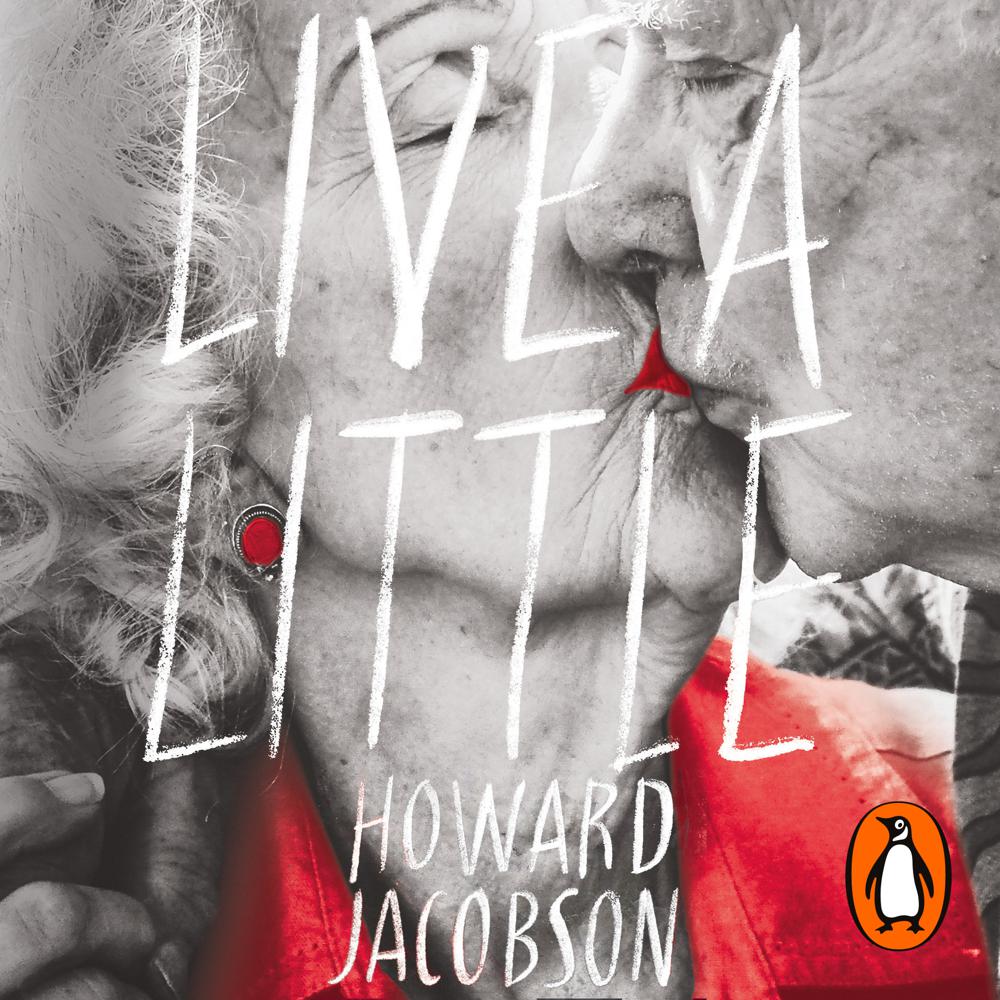 A wickedly observed novel about falling in love at the end of your life, by the Man Booker Prize-winning author of The Finkler Question.

At the age of ninety-something, Beryl Dusinbery is forgetting everything – including her own children. She spends her days stitching morbid samplers and tormenting her two long-suffering carers, Nastya and Euphoria, with tangled stories of her husbands and love affairs.

Shimi Carmelli can do up his own buttons, walks without the aid of a frame and speaks without spitting. Among the widows of North London, he’s whispered about as the last of the eligible bachelors. Unlike Beryl, he forgets nothing – especially not the shame of a childhood incident that has hung over him like an oppressive cloud ever since.

There’s very little life remaining for either of them, but perhaps just enough to heal some of the hurt inflicted along the way, and find new meaning in what’s left. Told with Jacobson’s trademark wit and style, Live a Little is in equal parts funny, irreverent and tender – a novel to make you consider all the paths not taken, and whether you could still change course.

A master of the slightly dark comedy… Jacobson brings this little pocket of North London to life superbly, and his two ageing protagonists are wonderful creations, depicted with wit and compassion.

Brilliantly observed… No other novelist writing in Britain could dramatise this nonagenarian love story with greater verve and tenderness, while never forgetting that this is a resplendently comedic form.

A joyous new novel… A life-affirming tale of late-flowering love… if we manage to live a little longer, we might have the privilege of enjoying more novels such as this one.

Let’s pause to consider [Howard Jacobson’s] comic elegance and precision… Just look at the way he makes the English language dance for us… the characters, as they converse, striking sparks off one another.

[Howard Jacobson] is not one to let the catastrophe of old age get in the way of a good laugh, or a surprisingly tender love story… [Live a Little is] merrily bonkers… This book is alive. It pulses with warmth and intelligence, and, unusually for a novel about old age, it has a lot of style.