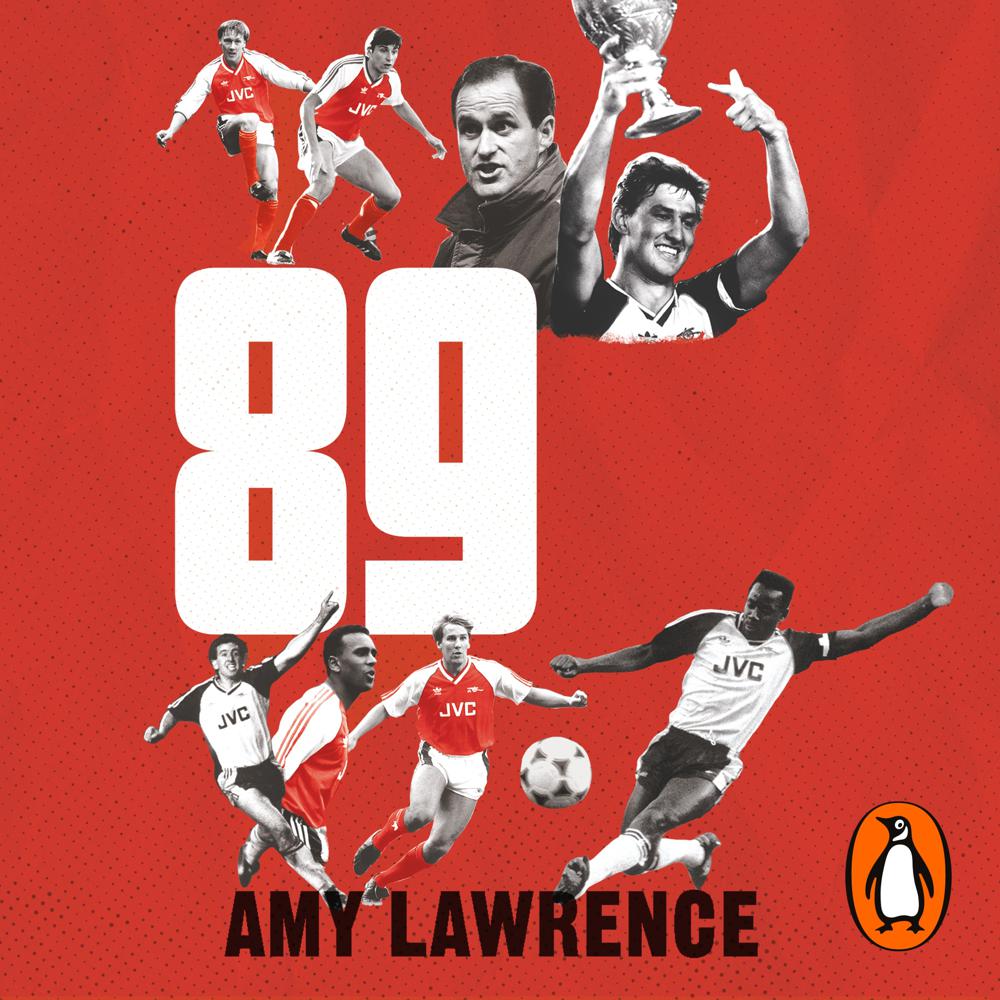 The final day of the Division One season. The rest of football stopped to watch as perennial champions Liverpool took on rank outsiders Arsenal in a head-to-head contest for the title. With the Gunners leading 1-0 but desperately needing another goal to take the title, it was, in the immortal words of commentator Brian Moore, ‘up for grabs now…’

Set against the backdrop of Hillsborough disaster, and during an emotional era in football long before the Premier League as we now know it, 89 is an oral history of a sporting moment so unusual it felt instantly historic.

Drawing on years of research, writer Amy Lawrence brings together fascinating and never-before seen testimony from the voices who were there, on the pitch, off it, and beyond.

89 creates a definitive and kaleidoscopic portrait of a match, and an iconic moment in English football that changed the sport forever.

Drawing on years of research and interviews, writer Amy Lawrence brings together fascinating and never-before heard testimonies from the voices who were there on the pitch, including captain Tony Adams, goalscorers Alan Smith and Mickey Thomas, manager George Graham and many more.

Also featured are accounts from those off the pitch, including Arsenal legend Ian Wright, super-fans Nick Hornby, Alan Davies and Dermot O’Leary, and Gunners from across the globe recounting where and how they watched, and the lasting effect this seminal games has had on their lives.

This audio edition includes an exclusive bonus chapter of a Q&A between Amy Lawrence and Alan Davies.

I picked it up and couldn't put it down. Brilliantly depicts a piece of football history

This book is so full of exclusive interviews you'll soon feel like part of the squad. A worthy tribute to one of English football's best ever teams

Unbeatable insight. The inside story of one of English football's greatest teams