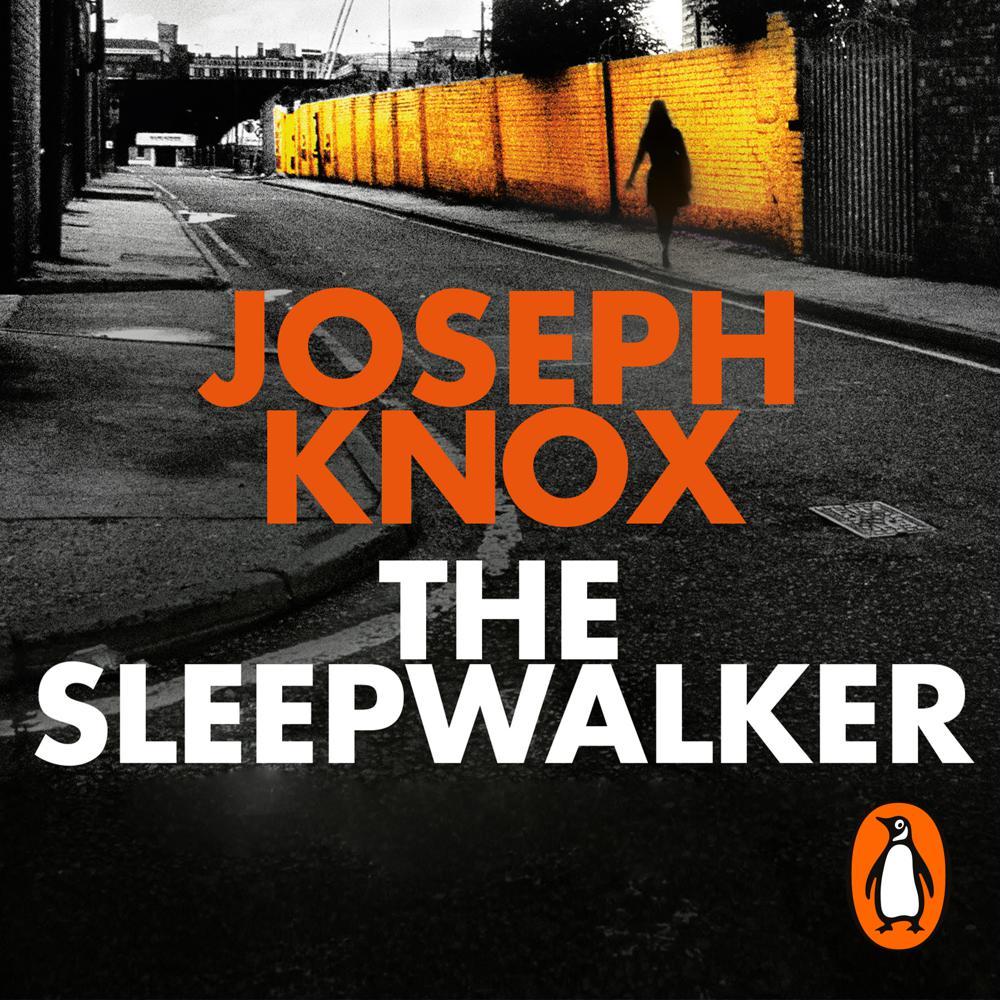 Penguin presents the audiobook edition of The Sleepwalker written by Joseph Knox, read by Lewys Taylor.

‘He said he didn’t remember killing them…’

As a series of rolling blackouts plunge the city into darkness, Detective Aidan Waits sits on an abandoned hospital ward, watching a mass murderer slowly die. Transferred from his usual night shift duties and onto protective custody, he has just one job…

To extract the location of Martin Wick’s final victim before the notorious mass murderer passes away.

Wick has spent over a decade in prison, in near-total silence, having confessed to an unspeakable crime that shocked the nation and earned him the nickname of The Sleepwalker.

But when a daring premeditated attack leaves one police officer dead and another one fighting for his life, Wick’s whispered last words will send Waits on a journey into the heart of darkness…

Manipulated by a reticent psychopath from his past, and under investigation from his new partner, Detective Constable Naomi Black, Waits realises too late that a remorseless contract killer is at work.

Can Aidan Waits solve his last case before fleeing justice?

Or will his name be next on the hit list?

Oozing dread, full of surprises and with a powerful sense of outraged humanity, The Sleepwalker is Joseph Knox’s finest novel yet.

Dark, gritty and compelling, this will have you turning the pages until the early hours of the morning

‘Fierce, funny and flint-sharp. Joseph Knox is the true grit of Brit noir'