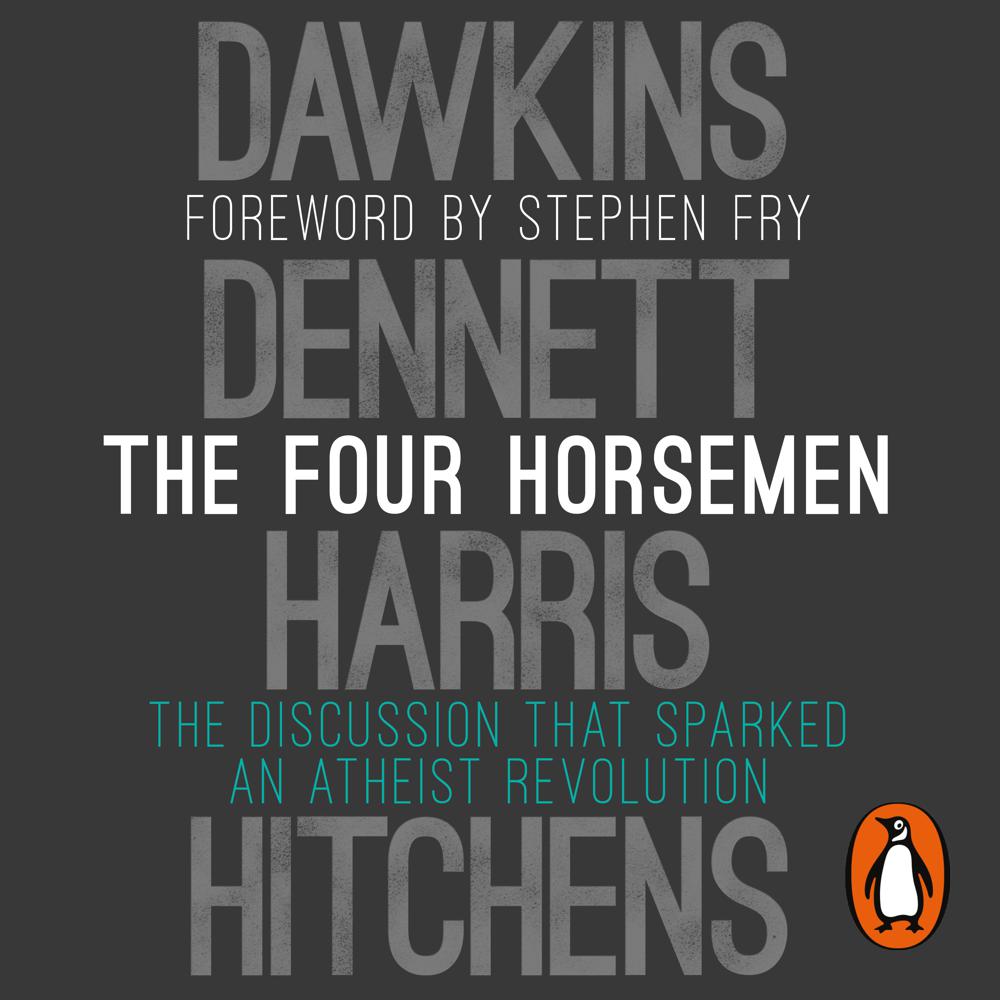 Known as the ‘four horsemen’ of New Atheism, these four big thinkers of the twenty-first century met only once. Their electrifying examination of ideas on this remarkable occasion was intense and wide-ranging. Everything that was said as they agreed and disagreed with one another, interrogated ideas and exchanged insights – about religion and atheism, science and sense – speaks with urgency to our present age.
Questions they asked of each other included: ‘Is it ever possible to win a war of ideas? Is spirituality the preserve of the religious? Are there any truths you would rather not know? Would you want to see the end of faith?’
The dialogue was recorded, and is now transcribed and presented here with new introductions from the surviving three horsemen.
With a sparkling introduction from Stephen Fry, it makes essential reading for all their admirers and for anyone interested in exploring the tensions between faith and reason.

I have a short list of intellectual heroes, and Sam Harris, Christopher Hitchens, Richard Dawkins, and Daniel Dennett each have a place on it—not because I always agree with their views, but because I'm in awe of the way they form, express, and defend their views. If thinking were a sport, these four would be national superstars—and reading The Four Horsemen feels like having a front row seat at the all-star game. This is more than a book about atheism and religion—it's a lesson in how to use our intellect to cut through the haze of delusion and misconception inherent in any human society.

We are slowly losing the hard-won right, gained by brave heroes of the enlightenment such as Voltaire and Hume, to be free to criticise religion without persecution and prosecution; the crime of blasphemy is creeping back. The words of Hitchens, Dawkins, Harris and Dennett are needed more than ever. These are the heirs to Voltaire.

One to watch: electrifying

I was gripped. Throughout this erudite conversation the humility and openness of science shines against religion’s arrogance, hypocrisy and sheer gall in just ‘making stuff up’. How refreshing it is.

This transcript is of historical significance and belongs in the library of all thinking people. A classic for our time...and all time.