This Land Is Our Land
Suketu Mehta 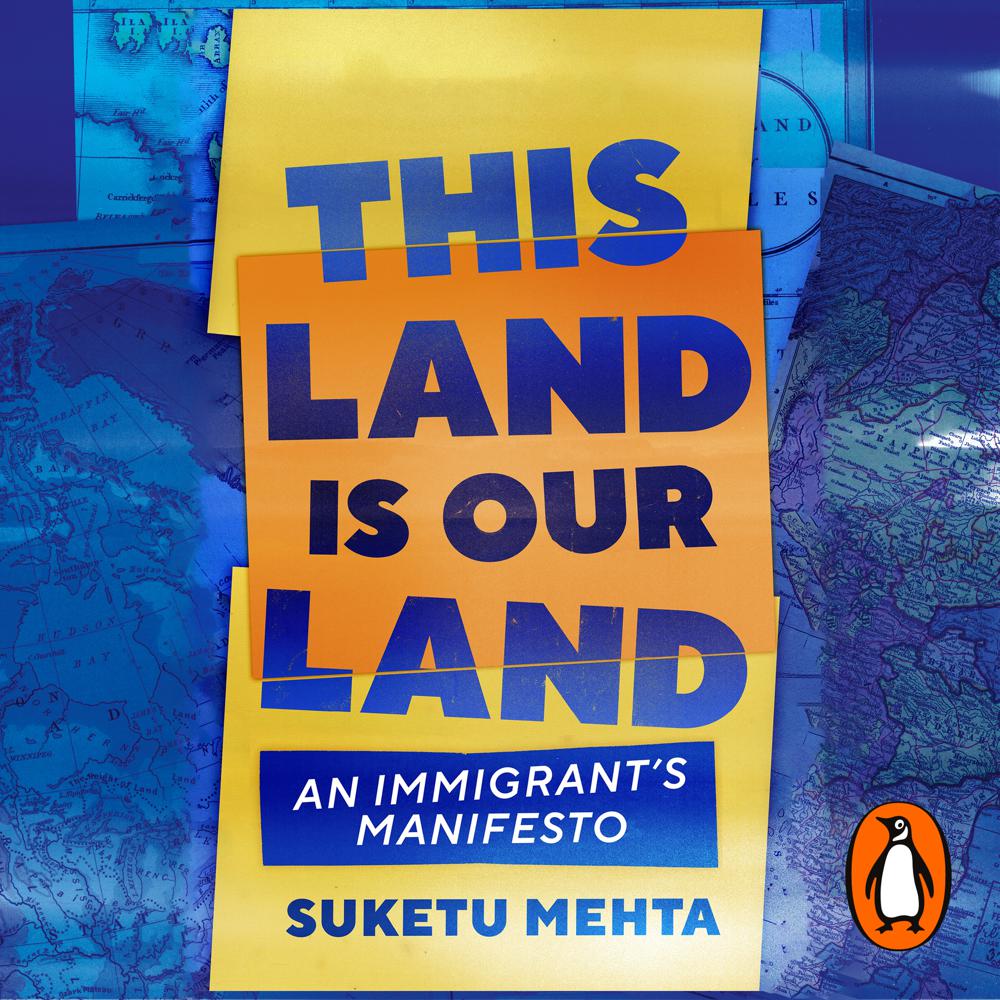 Penguin presents the audio edition of This Land is Our Land by Suketu Mehta, read by Vikas Adam.

An impassioned defence of global immigration from the acclaimed author of Maximum City.

Drawing on his family’s own experience emigrating from India to Britain and America, and years of reporting around the world, Suketu Mehta subjects the worldwide anti-immigrant backlash to withering scrutiny. The West, he argues, is being destroyed not by immigrants but by the fear of immigrants. He juxtaposes the phony narratives of populist ideologues with the ordinary heroism of labourers, nannies and others, from Dubai to New York, and explains why more people are on the move today than ever before. As civil strife and climate change reshape large parts of the planet, it is little surprise that borders have become so porous.

This Land is Our Land also stresses the destructive legacies of colonialism and global inequality on large swathes of the world. When today’s immigrants are asked, ‘Why are you here?’, they can justly respond, ‘We are here because you were there.’ And now that they are here, as Mehta demonstrates, immigrants bring great benefits, enabling countries and communities to flourish.

Impassioned, rigorous, and richly stocked with memorable stories and characters, This Land Is Our Land is a timely and necessary intervention, and literary polemic of the highest order.

There are many mic-drop moments and eminently quotable lines... [This Land Is Our Land] is a blistering argument that earns its place in this emotional debate.

An intelligent, well-reasoned case for freedom of movement in an era of walls and fences.

A plea from the heart for a radical re-evaluation of the West’s treatment of those on the move… Mehta does not pull any punches… [he] knows exactly how to get your attention… and how to have you squirming in your seat.

Mehta’s book is a brilliant, deliberately political rebuff to the increasingly popular view that immigrants are a problem... It’s a very powerful book, but it also has a wit about it, which makes it very attractive.

A meticulously researched and deeply felt corrective to the public narrative of who today’s migrants are, why they are coming, and what economic and historical forces have propelled them from their homes into faraway lands... This Land Is Our Land reads like an impassioned survey course on migration, laying bare the origins of mass migration in searing clarity... well argued, cathartic and abundantly sourced.