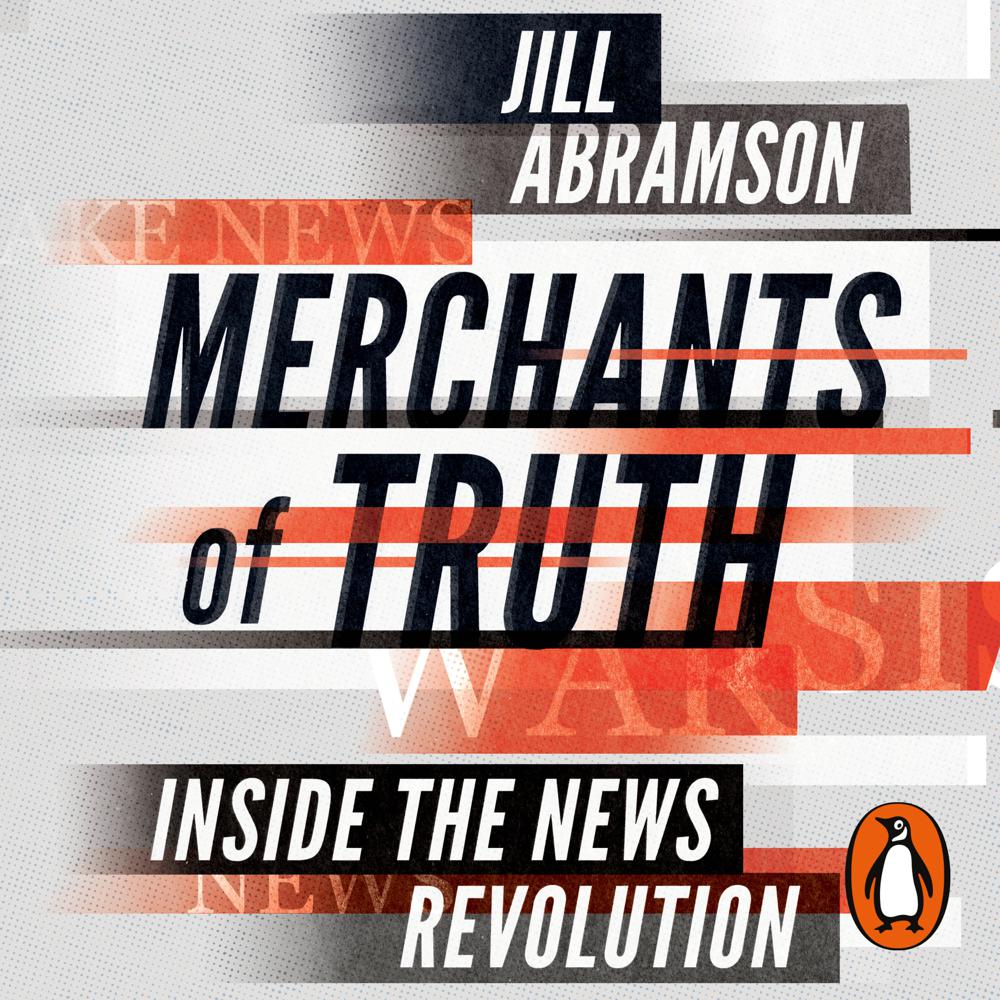 Merchants of Truth by Jill Abramson, former editor of The New York Times, is the gripping and definitive in-the-room account of the revolution that has swept the news industry over the last decade and reshaped our world.

Drawing on revelatory access, Abramson takes us behind the scenes at four media titans during the most volatile years in news history. Two are maverick upstarts: BuzzFeed, the brain-child of virtuoso clickbait scientist Jonah Perretti, and VICE, led by the booze-fuelled anarcho-hipster Shane Smith. Their viral technology and disregard for the long-established standards of news journalism allow them to build game-changing billion-dollar businesses out of the millennial taste for puppies and nudity.

The two others are among the world’s most venerable news institutions: The New York Times, owned and run for generations by the Sulzberger dynasty, and The Washington Post, also family-owned but soon to be bought by the world’s richest merchant of all, Jeff Bezos. Here Abramson reveals first-hand the seismic clashes that take place in the boardrooms and newsrooms as they are forced to choose between their cherished principles – objectivity and impartiality – and survival in a world where online advertising via Facebook and Google seems the only life-raft.

We are with the deal-making tycoons, thrusting reporters and hard-bitten editors, the egomaniacs, bullshitters, provocateurs and bullies, as some surf and others drown in the breaking wave of change. And we watch as the survivors confront the horrifying cost of their success: sexual scandal, fake news, the election of President Trump, the shaking of democracy.

Exposing the people and decisions that brought us to now, Merchants of Truth is a major book that breaks the ultimate news story of our times.

Deeply researched, wonderfully written and filled with fascinating portraits. Jill Abramson tells the truth about the news business as only she can tell it. An important book at a crucial time

Amazing. Filled with colourful inside stories, this book is essential for anyone who wants to understand today’s media and how it is affecting our society

A cracking, essential read … [Abramson] knows where most of the bodies are buried and is prepared to draw the reader a detailed map