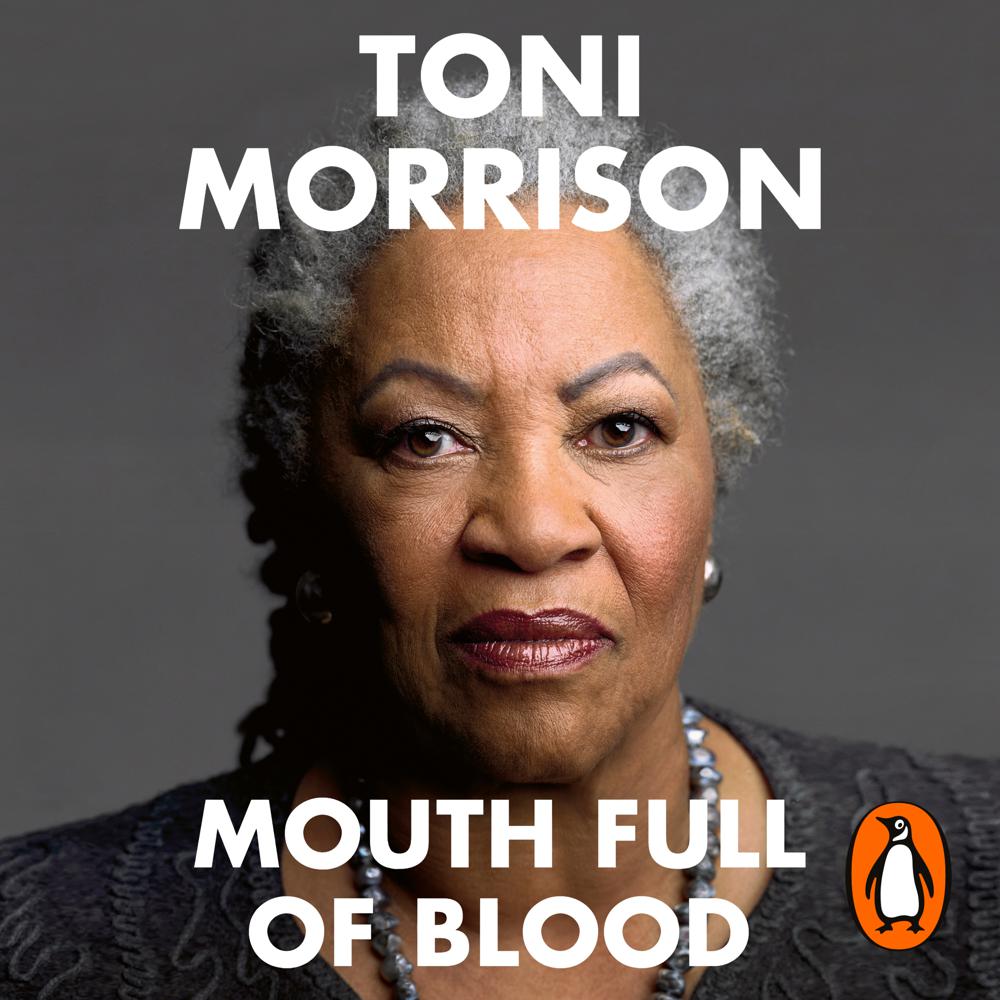 ‘Word-work is sublime, she thinks, because it is generative; it makes meaning that secures our difference, our human difference—the way in which we are like no other life.
We die. That may be the meaning of life. But we do language. That may be the measure of our lives.’
The Nobel Lecture in Literature, 1993

Spanning four decades, these essays, speeches and meditations interrogate the world around us. They are concerned with race, gender and globalisation. The sweep of American history and the current state of politics. The duty of the press and the role of the artist. Throughout A Mouth Full of Blood our search for truth, moral integrity and expertise is met by Toni Morrison with controlled anger, elegance and literary excellence.

The collection is structured in three parts and these are heart-stoppingly introduced by a prayer for the dead of 9/11, a meditation on Martin Luther King and a eulogy for James Baldwin. Morrison’s Nobel lecture, on the power of language, is accompanied by lectures to Amnesty International and the Newspaper Association of America. She speaks to graduating students and visitors to both the Louvre and America’s Black Holocaust Museum. She revisits The Bluest Eye, Sula and Beloved; reassessing the novels that have become touchstones for generations of readers.

A Mouth Full of Blood is a powerful, erudite and essential gathering of ideas that speaks to us all.

‘To what do we pay greatest allegiance? Family, language group, culture, country, gender? Religion, race? And, if none of these matter, are we urbane, cosmopolitan or simply lonely? In other words, how do we decide where we belong? What convinces us that we do?’
The Alexander Lecture series, 2002

Morrison’s fierce yearning for literature to be a more true and just realm over time, is a gift… [Mouth Full of Blood] is startling in its relevance to the conflicts and challenges of the present moment. In a time of turmoil and political greed, her writings have the power to bring, not a false comfort, but the hard-won belief that words can reshape the world. Toni Morrison’s own words certainly have

Mouth Full of Blood demonstrate[s] the writer’s enduring eagerness to examine the contradictions of being both “native” and “alien” to her own country… She takes pride in challenging a traditional literary canon… at every stage, the reader is grateful for an author allowing, encouraging even, such intimate access to their work, thought and reflections

A large, rich, heterogeneous book, and hallelujah... Mouth Full of Blood is a bracing reminder of what words do, how carefully they should and can be used… magnificent [and] rigorously argued

Morrison's voice rings out, bold and hopeful, welcoming us into a world where moral integrity reigns