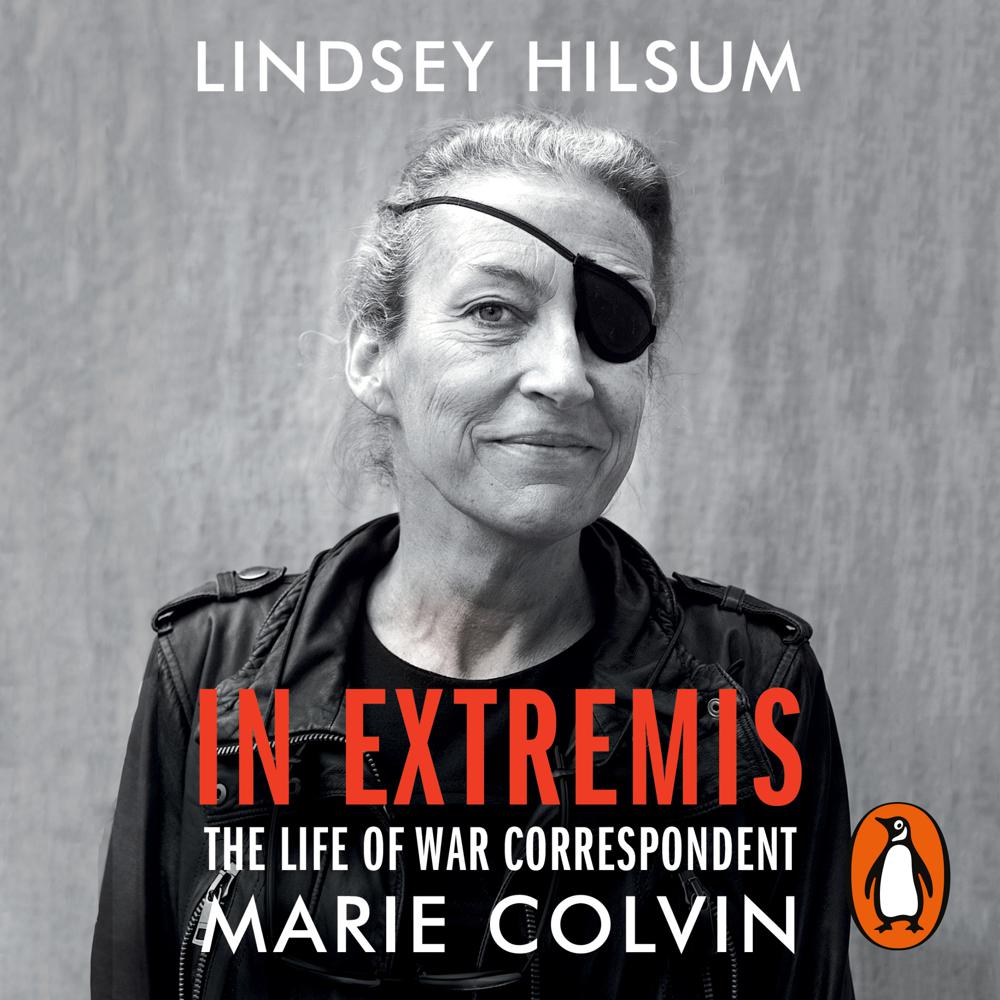 Random House presents the audiobook edition of In Extremis: The Life of War Correspondent Marie Colvin, written and read by Lindsey Hilsum.

‘It has always seemed to me that what I write about is humanity in extremis, pushed to the unendurable, and that it is important to tell people what really happens in wars.’ Marie Colvin, 2001

Marie Colvin was glamorous, hard-drinking, braver than the boys, with a troubled and rackety personal life. With fierce compassion and honesty, she reported from the most dangerous places in the world, fractured by conflict and genocide, going in further and staying longer than anyone else. In Sri Lanka in 2001, Marie was hit by a grenade and lost the sight in her left eye - resulting in her trademark eye patch - and in 2012 she was killed in Syria. Like her hero, the legendary reporter Martha Gellhorn, she sought to bear witness to the horrifying truths of war, to write ‘the first draft of history’ and crucially to shine a light on the suffering of ordinary people.

Written by fellow foreign correspondent Lindsey Hilsum, this is the story of the most daring war reporter of her age. Drawing on unpublished diaries and notebooks, and interviews with Marie’s friends, family and colleagues, In Extremis is the story of our turbulent age, and the life of a woman who defied convention.

Writing a biography of Marie Colvin is like capturing lightning in a bottle, but Lindsey Hilsum has the knowledge and personal experience to help us understand what drew Colvin to rush towards the eye of the storm at such great risk. It is a superbly fitting tribute

An extraordinary account of one reporter's fearless and ultimately fatal dedication... Hilsum draws an empathetic portrait of a woman whose courage often crossed into recklessness, both in combat zones and outside them... Now, thanks to Hilsum's deeply reported and passionately written book, Colvin has the full accounting that she deserves

A wonderful book – a fitting tribute, certainly, but also a well-told tale of a remarkable life