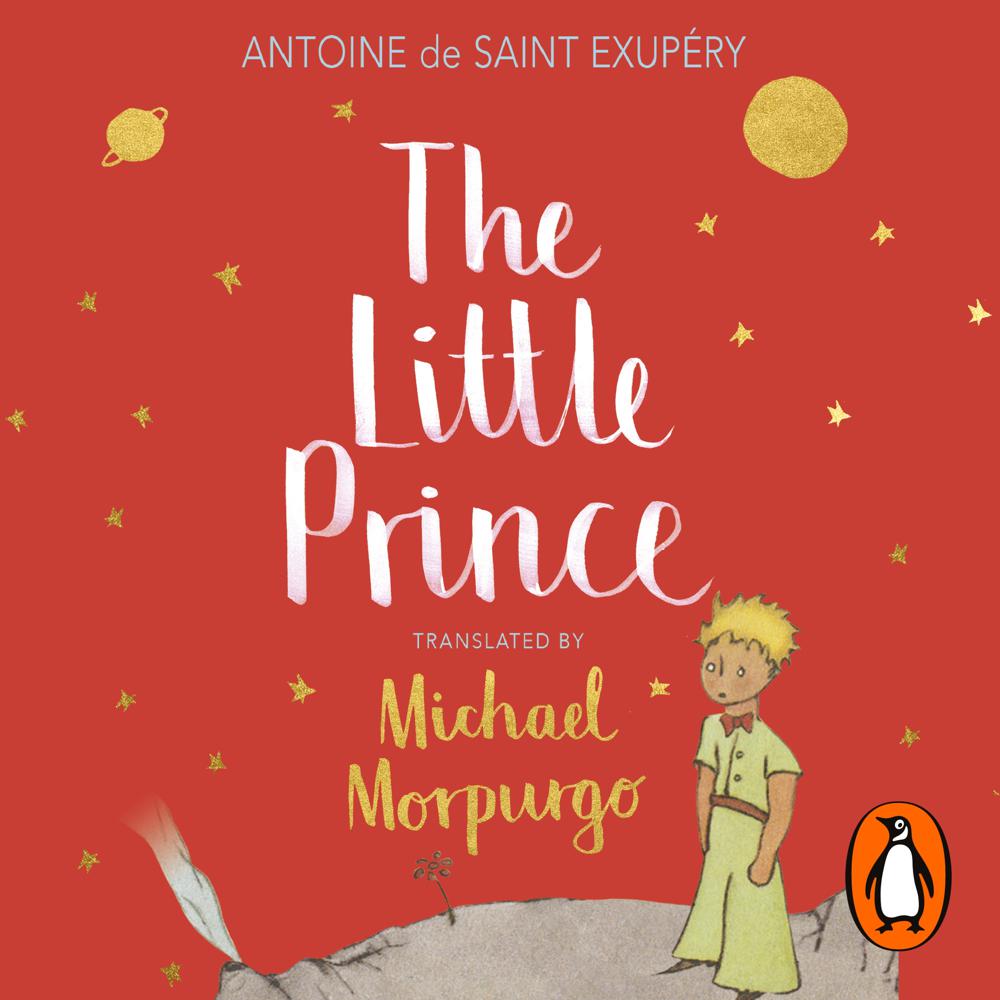 If a little fellow comes along, if he laughs, if he has golden hair, and if he never answers questions, then you will know who he is.

He is the Little Prince, the mysterious, innocent and beautiful boy who appears to a pilot stranded in the desert and makes an extraordinary request. He has captured the hearts of millions of readers around the world since his story first appeared in 1943, written down by an aristocratic French aviator who soon after disappeared during a flight across the sea. The Little Prince journeys to our planet from his home among the stars, encountering all sorts of benighted grown-ups along the way, and a fox, who teaches him how to see the important things in life. But the Prince has left behind a flower growing on his star, a rose which is his treasure and his burden, and before long he must return to it.

Master storyteller Michael Morpurgo, author of War Horse, has translated what is for him 'one of the greatest stories ever written' so that more English readers might discover the joy of reading this enchanting fable. The Little Prince is a story for everyone, for children and grown-up children, for kings, geographers and lamp-lighters, even for the very serious and the very wise.

The pilot who wrote the story of The Little Prince died long ago, but the fictional pilot, who told the story, is as alive today as he was decades ago, along with his Prince, the fox, the rose, the snake and the laughing stars, ringing bells that fill the clear nights with voices of the heart. In my mind’s eye, the stars only become more brilliant, their music more clear. They are signalling that they are here to stay, not just for French readers, but for readers all around the world – for the readers who have the eyes to see, the ears to listen and the courage to imagine

Of all the books written in French over the past century, Antoine de Saint-Exupéry’s “Le Petit Prince” is surely the best loved in the most tongues

The Little Prince will shine upon children with a sidewise gleam. It will strike them in some place that is not the mind and glow there until the time comes for them to comprehend it

The Little Prince may have emerged in New York from a French writer, but its appeal – appropriately enough for a book about imagined planets – is universal. Even 70 years after the author's disappearance, adults and children around the world continue to feel a strong connection to his distinctive illustrations and the book's bittersweet philosophy of growing up

Here is a sweetly and simply told tale of a little boy from a very little asteroid, so big with meaning that even important people will find wisdom in it; so simply told that even critics and college professors ought to understand its beauty and meaning; a thin little book filled with rich substance; something easy to read and remember and hard to forget