Gardens Of The Moon
Steven Erikson 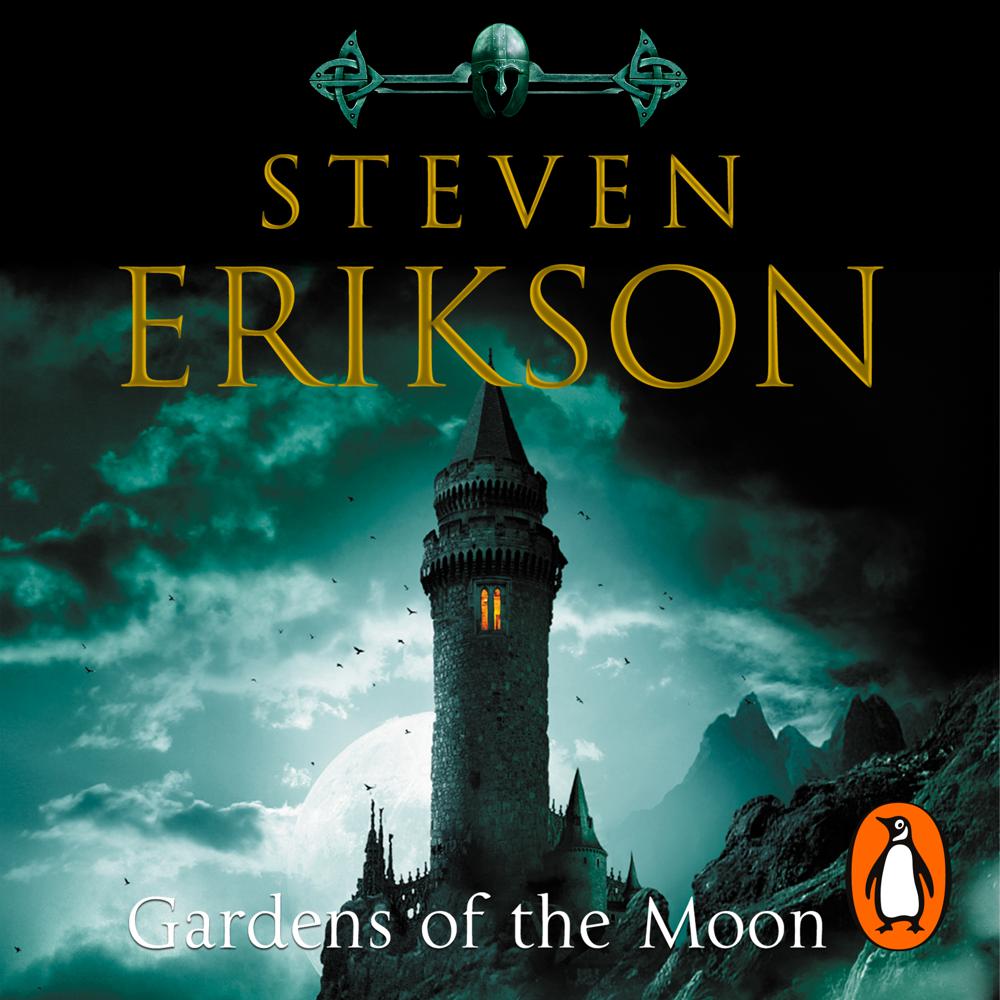 Random House presents the audiobook edition of Gardens Of The Moon: (Malazan Book Of The Fallen 1) by Steven Erikson, read by Ralph Lister.

Bled dry by interminable warfare, infighting and bloody confrontations with Lord Anomander Rake and his Tiste Andii, the vast, sprawling Malazan empire simmers with discontent.
Even its imperial legions yearn for some respite. For Sergeant Whiskeyjack and his Bridgeburners and for Tattersail, sole surviving sorceress of the Second Legion, the aftermath of the siege of Pale should have been a time to mourn the dead. But Darujhistan, last of the Free Cities of Genabackis, still holds out - and Empress Lasseen's ambition knows no bounds.
However, it seems the empire is not alone in this great game. Sinister forces gather as the gods themselves prepare to play their hand...

Conceived and written on an epic scale, Gardens of the Moon is a breathtaking achievement - a novel in which grand design, a dark and complex mythology, wild and wayward magic and a host of enduring characters combine with thrilling, powerful storytelling to resounding effect. Acclaimed by writers, critics and readers alike, here is the opening chapter in what has been hailed a landmark of epic fantasy: the awesome 'The Malazan Book of the Fallen'.

Erikson is an extrodinary writer...treat yourself to Gardens of the Moon

Complex, challenging...Erikson's strengths are his grown-up characters and his ability to create a world every bit as intricate and messy as our own

An astounding debut...has the potential to become a defining work

There's nothing safe about fantasy like this: intriguing, complex, thought provoking, exceedingly well-written, and, for the intelligent reader, exhilaratingly satisfying