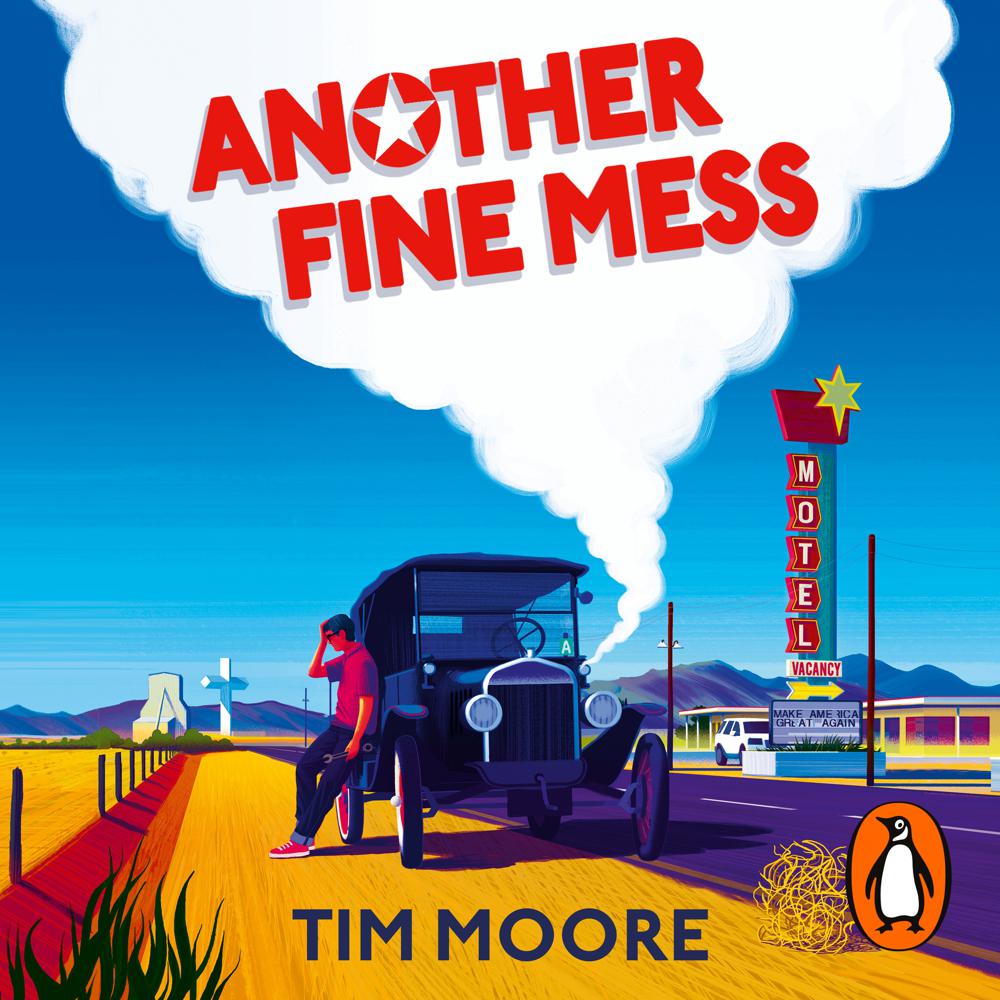 Random House presents the audiobook edition of Another Fine Mess, written and read by Tim Moore.

Lacking even the most basic mechanical knowhow, Tim Moore sets out to cross Trumpland USA in an original Model T Ford. Armed only with a fan belt made of cotton, wooden wheels and a trunkload of ‘wise-ass Limey liberal gumption’, his route takes him exclusively through Donald-voting counties, meeting the everyday folks who voted red along the way.

He meets a people defined by extraordinary generosity, willing to shift heaven and earth to keep him on the road. And yet, this is clearly a nation in conflict with itself: citizens ‘tooling up’ in reaction to ever-increasing security fears; a healthcare system creaking to support sugar-loaded soda lovers; a disintegrating rust belt all but forgotten by the warring media and political classes.

With his trademark blend of slapstick humour, affable insight and butt-clenching peril, Tim Moore invites us on an unforgettable road trip through Trump’s America. Buckle up!

An easy and enjoyable read, it’s as much about the roadtrip in a vintage car as it is observations on the current political climate in America