Story of the British Isles in 100 Places
Neil Oliver 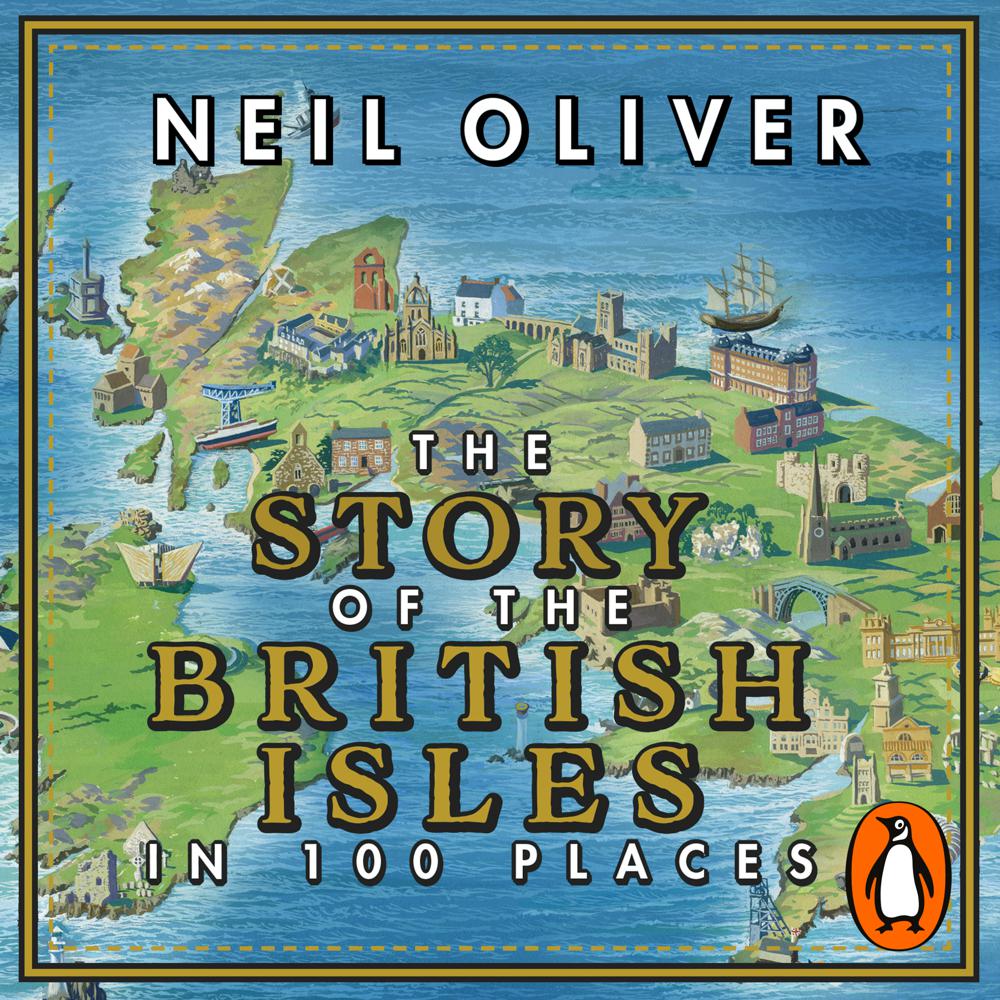 Random House presents the audiobook edition of The Story of the British Isles in 100 Places written and read by Neil Oliver.

The British Isles, this archipelago of islands, is to Neil Oliver the best place in the world. From north to south, east to west it cradles astonishing beauty. The human story here is a million years old, and counting. But the tolerant, easygoing peace we enjoy has been hard won. We have made and known the best and worst of times. We have been hero and villain and all else in between, and we have learned some lessons.

The Story of the British Isles in 100 Places is Neil’s very personal account of what makes these islands so special, told through the places that have witnessed the unfolding of our history. Beginning with footprints made in the sand by humankind’s earliest ancestors, he takes us via Romans and Vikings, the flowering of religion, through civil war, industrial revolution and two world wars. From windswept headlands to battlefields, ancient trees to magnificent cathedrals, each of his destinations is a place where, somehow, the spirit of the past seems to linger. Beautifully written, his book is majestic, awe-inspiring, a kaleidoscopic history of a place with a story like no other.

This book brilliantly demonstrates Neil's mastery of the broad sweep of British history and landscape.

A collection of highly crafted historical-archaeological microessays, each centred on a significant place in Britain or Ireland. Few popular history books are as pleasingly tactile as this one..a vivid, pungent history

In his introduction Neil Oliver calls the British ‘a lucky, blessed people’, and his book holds up a mirror to that national self-image. Oliver’s timeline journey travels from prehistoric footprints off the Norfolk coast to the Ozymandias folly of the Millennium Dome, from a tiny, exquisite jewel crafted for King Alfred the Great to great enigmatic stone forts in the West of Ireland that are being eaten by the sea. Stories we have been telling ourselves for thousands of years are falling on deaf ears or being forgotten, says Oliver. Here in a hundred fascinating doses is the antidote to that millennial malaise.

A book of compelling stories.

Neil Oliver brings his vast experience and expertise to bear on this deeply personal journey into British history - a wonderful read.