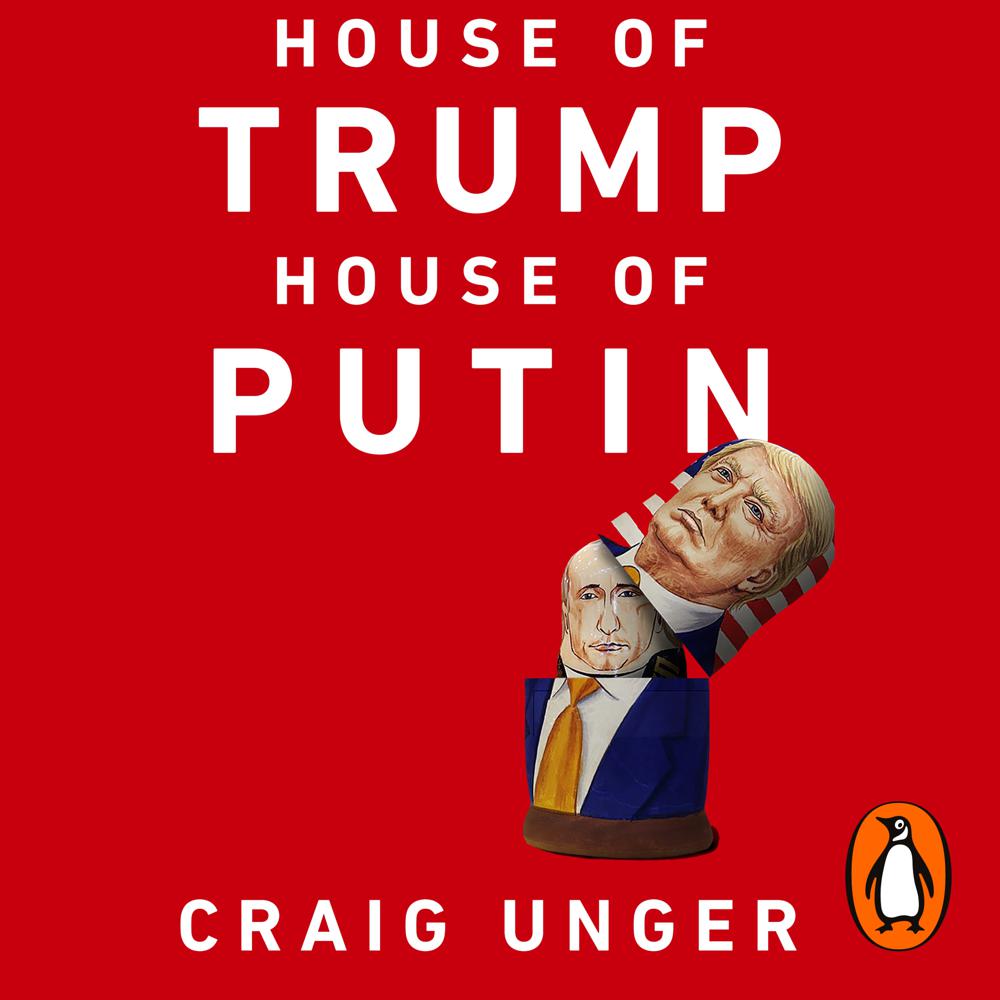 Random House presents the audiobook edition of House of Trump, House of Putin by Craig Unger, read by Jason Culp.

House of Trump, House of Putin offers the first comprehensive investigation into the decades-long relationship among Donald Trump, Vladimir Putin, and the Russian Mafia that ultimately helped win Trump the White House.

It is a chilling story that begins in the 1970s, when Trump made his first splash in the booming, money-drenched world of New York real estate, and ends with Trump’s inauguration as president of the United States. That moment was the culmination of Vladimir Putin’s long mission to undermine Western democracy, a mission that he and his hand-selected group of oligarchs and associates had ensnared Trump in, starting more than twenty years ago with the massive bailout of a string of sensational Trump hotel and casino failures in Atlantic City. This book confirms the most incredible American paranoias about Russian malevolence.

To most, it will be a hair-raising revelation that the Cold War did not end in 1991—that it merely evolved, with Trump’s apartments offering the perfect vehicle for billions of dollars to leave the collapsing Soviet Union. In House of Trump, House of Putin, Craig Unger methodically traces the deep-rooted alliance between the highest echelons of American political operatives and the biggest players in the frightening underworld of the Russian Mafia. He traces Donald Trump’s sordid ascent from foundering real estate tycoon to leader of the free world. He traces Russia’s phoenixlike rise from the ashes of the post–Cold War Soviet Union as well as its ceaseless covert efforts to retaliate against the West and reclaim its status as a global superpower.

Without Trump, Russia would have lacked a key component in its attempts to return to imperial greatness. Without Russia, Trump would not be president. This essential book is crucial to understanding the real powers at play in the shadows of today’s world.

The story Unger weaves with his original reporting is fresh, illuminating and more alarming than the intelligence channel described in the Steele dossier.

Damning in its accumulation of detail, terrifying in its depiction of the pure evil of those Trump chose to do business with, and enraging in that — if Unger is right — Trump acted with impunity for decades to get filthy rich laundering the mob’s blood money.

Unger's contention is that a web of Trumpian connections to Russia explain the darkness at the heart of the Trump presidency. The crisp account of the rise of the Russian mafia and its expansion into the US is chilling.

There is a volcano's worth of smoke in House of Trump, House of Putin.