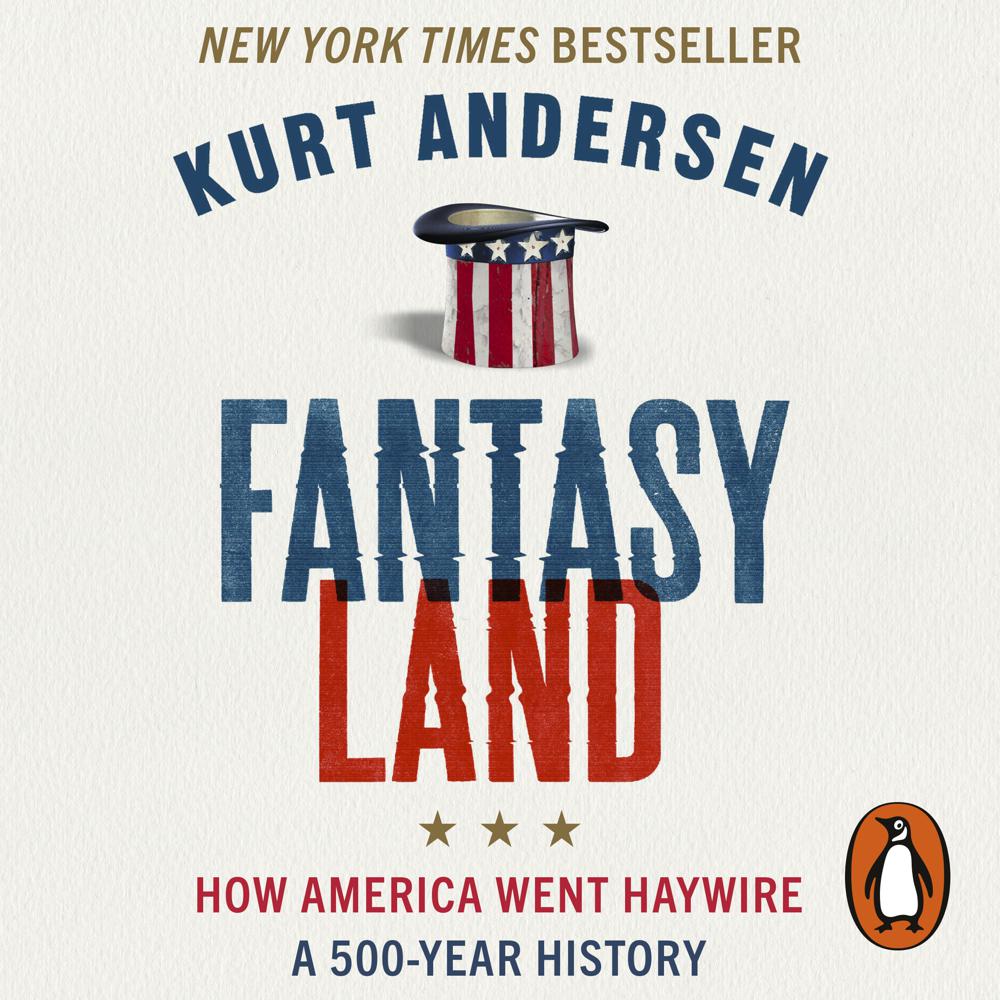 Fantasy is the USA’s primary product. From the Pilgrim Fathers onward America has been a place where renegades and freaks came in search of freedom to create their own realities with little objectively regulated truth standing in their way. The freedom to invent and believe whatever the hell you like is, in some ways, an unwritten constitutional right. But, this do-your-own-thing freedom also is the driving credo of America's current transformation where the difference between opinion and fact is rapidly crumbling.

So how did we get to this weird pseudo-reality, where science and objective facts are dismissed in favour of opinions and wild speculation, or indeed, fantasies? The post truth, fake news, free-for-all mentality isn’t exactly a new phenomenon. If you want to understand Trump's America, how the lines between reality and illusion have become dangerously blurred, you have to go back to the very beginning and take a dizzying road trip across five centuries of crackpot delusion and make-believe from Salem to Scientology.

Fantasyland is a journey that connects the dots between crazed franchises of true believers – a rich freak show tapestry from Mormons to Flat-Earthers and satanic panic, new age quacks to anti-vaxxers, conspiracy theorists of every stripe, creationists to climate change deniers, UFO-obsessives to gun-toting libertarians, showmen hucksters from P T Barnum to Trump himself, all topped off with a dangerous dose of anti-government paranoia and pseudoscience. Along the way, New York Times bestselling author Kurt Andersen has created a unique and raucous history of America and a new paradigm for understanding our post-factual world.

Fantasyland presents the very best kind of idea – one that, in retrospect, seems obvious, but which took a seer like Kurt Andersen to piece together. The thinking and the writing are both dazzling; it is at once a history lesson and an oh-so-modern cri de coeur; it’s an absolute joy to read, and will leave your brain dancing with excitement long after you’re done

The most important book that I have read this year.

This is an important book - the indispensable book - for understanding America in the age of Trump. It’s an eye-opening history filled with brilliant insights, a saga of how we were always susceptible to fantasy, from the Puritan fanatics to the talk-radio and Internet wackos who mix show business, hucksterism, and conspiracy theories.