F*** You Very Much
Danny Wallace 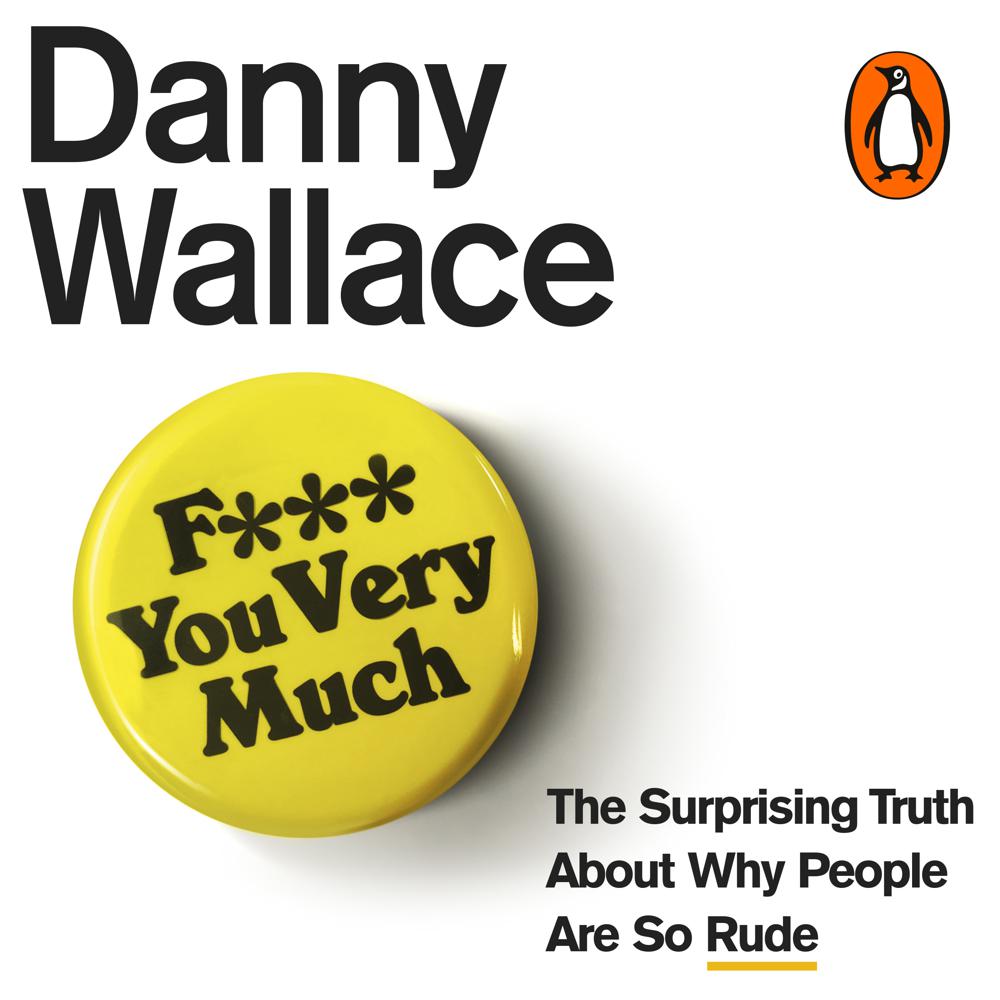 Random House presents the audiobook edition of F*** You Very Much, written and read by Danny Wallace.

You're not imagining it. People are getting ruder. And this is a serious problem.

The book that inspired the iTunes Top Ten podcast

Did you know that even one rude comment in a life and death situation can decrease a surgeon’s performance by as much as 50%? That we say we don’t want rude politicians, but we vote for them anyway? Or that rude language can sway a jury in a criminal case?

Bestselling writer and broadcaster Danny Wallace (Yes Man, Awkward Situations For Men), is on a mission to understand where we have gone wrong. He travels the world interviewing neuroscientists, psychologists, NASA scientists, barristers, bin men, and bellboys. He joins a Radical Honesty group in Germany, talks to drivers about road rage in LA, and confronts his own online troll in a pub.

And in doing so, he uncovers the latest thinking about how we behave, how rudeness, once unleashed, can spread like a virus – and how even one flippant remark can snowball into disaster.

As insightful and enthralling as it is highly entertaining, F*** You Very Much* is an eye-opening exploration into the worst side of human behaviour.

*This book was originally published under the title, I Can’t Believe You Just Said That. But we decided it just wasn’t rude enough...

"A cry for human decency… deliciously hilarious. I politely encourage you to read this book. Immediately." Adam Grant author of Originals, Give and Take, Option B

A very funny and wise book about the blatant rudeness that surrounds us. Danny Wallace on top form

A very funny and wise book about the blatant rudeness that surrounds us. Danny Wallace on top form

A meaty cry for human decency, wrapped in a deliciously hilarious hot dog bun. I plan to read it again and then force-feed it to my neighbour, my mother, and my college roommate. If you care about people and enjoy a good laugh, I politely encourage you to read this book. Immediately.