From the Corner of the Oval Office
Beck Dorey-Stein 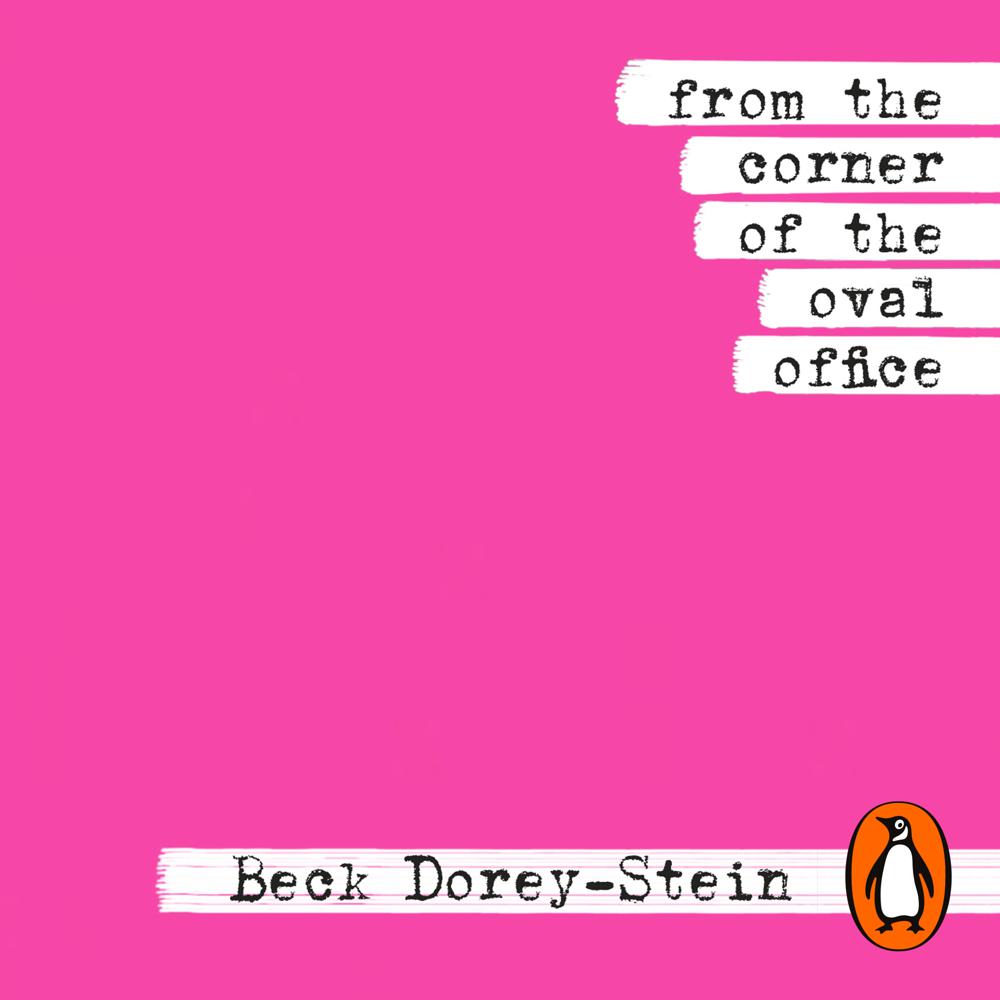 Random House presents the audiobook edition of From the Corner of the Oval Office, written and read by Beck Dorey-Stein.

The compulsively readable, behind-the-scenes memoir that takes readers inside the Obama White House, through the eyes of a young staffer learning the ropes, falling in love and finding her place in the world.

In 2012, Beck Dorey-Stein was just scraping by in Washington DC when a posting on Craigslist landed her, improbably, in the Oval Office as one of Barack Obama's stenographers. She joined the elite team who accompanied the president wherever he went, recorder and mic in hand. On whirlwind trips across time zones, Beck forged friendships with a tight group of fellow travellers - young men and women who, like her, left their real lives behind to hop aboard Air Force One in service of the president. But as she learned the ropes of protocol, Beck became romantically entangled with a colleague, and suddenly, the political became all too personal.

Set against the backdrop of a White House full of glamour, drama and intrigue, this is the story of a young woman making unlikely friendships, getting her heart broken, learning what truly matters and discovering her voice in the process.

'Who knew the West Wing could be so sexy? Beck’s unparalleled access is obvious on every page, along with her knife-sharp humour... Lots of books claim to give real insider glimpses, but this one actually delivers.'
Lauren Weisberger, author of The Devil Wears Prada

If you’ve ever felt like you were out of your element, in over your head, or working without a net, you will love this book. Beck Dorey-Stein offers an endlessly fascinating perspective on power and history in the making. This memoir is funny, fast-paced, and so emotionally true that it hurts.

Addictively readable... From the Corner of the Oval shatters the genre of the Washington memoir. Dorey-Stein writes with a fine eye for detail and conveys it with freshness, candor and humor. She takes her readers with her on a vertiginous tour of the world [...] and her sparkling, crackling prose had me cheering for her through each adventure. She never loses her starry-eyed optimism, her pinch-me wonderment, her “Working Girl” pluck. Which makes From the Corner of the Oval somehow, against the odds, a story of hope

Sex, lies and the White House... Dorey-Stein details her extraordinary experiences at the side of the former leader of the free world. Incredible.

A sassy, genuinely hilarious and poignant tale... This marvellously addictive read is worth the cover price for its insider account of Obama's presidency alone.

Who knew the West Wing could be so sexy? Beck’s unparalleled access is obvious on every page, along with her knife-sharp humour... Lots of books claim to give real insider glimpses, but this one actually delivers.