Our Friends in Berlin
Anthony Quinn 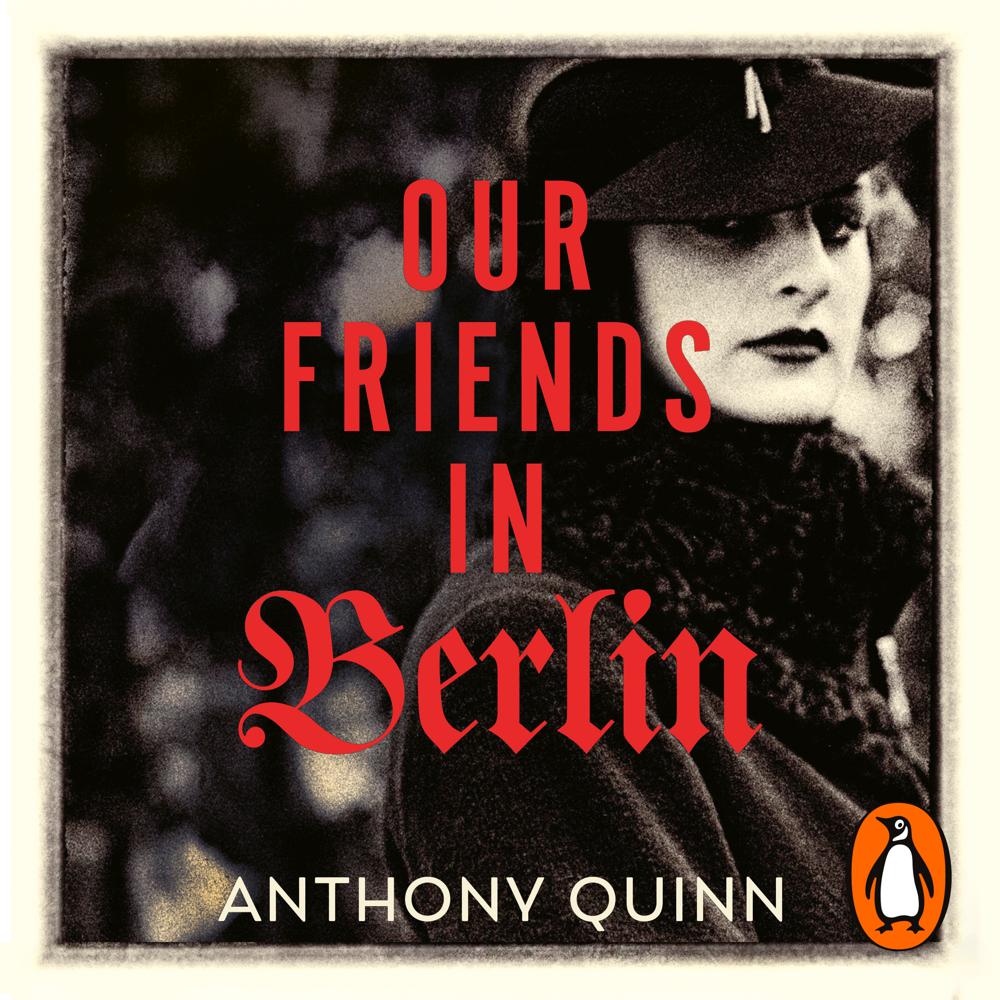 Random House presents the audiobook edition of Our Friends in Berlin by Anthony Quinn, read by David Rintoul.

London, 1941. The city is in blackout, besieged by nightly air raids from Germany. Two strangers are about to meet. Between them they may alter the course of the war.

While the Blitz has united the nation, there is an enemy hiding in plain sight. A group of British citizens is gathering secret information to aid Hitler’s war machine. Jack Hoste has become entangled in this treachery, but he also has a particular mission: to locate the most dangerous Nazi agent in the country.

Hoste soon receives a promising lead. Amy Strallen, who works in a Mayfair marriage bureau, was once close to this elusive figure. Her life is a world away from the machinations of Nazi sympathisers, yet when Hoste pays a visit to Amy’s office, everything changes in a heartbeat.

Breathtakingly tense and trip-wired with surprises, Our Friends in Berlin is inspired by true events. It is a story about deception and loyalty – and about people in love who watch each other as closely as spies.

Those in search of a smart, tautly rendered, atmospheric beach read should pack a copy now.

[A] gripping espionage thriller... An addictive cocktail of action, romance and politics.

Our Friends in Berlin brings to the fore all of Quinn’s talents – gripping storylines, plot twists, thorough research and elegant prose.

Our Friends in Berlin is an immensely enjoyable Buchanesque adventure... Its descriptions of London under bombardment are vividly sensuous and beautiful… Its characters are intriguing and deftly presented… Most memorably of all, though, the book and its cast are shot through with a persuasive postmodern melancholy, the hard-wired ambivalence that is very much Le Carré rather than Buchan. This sensibility allows the novel to illuminate complex times.