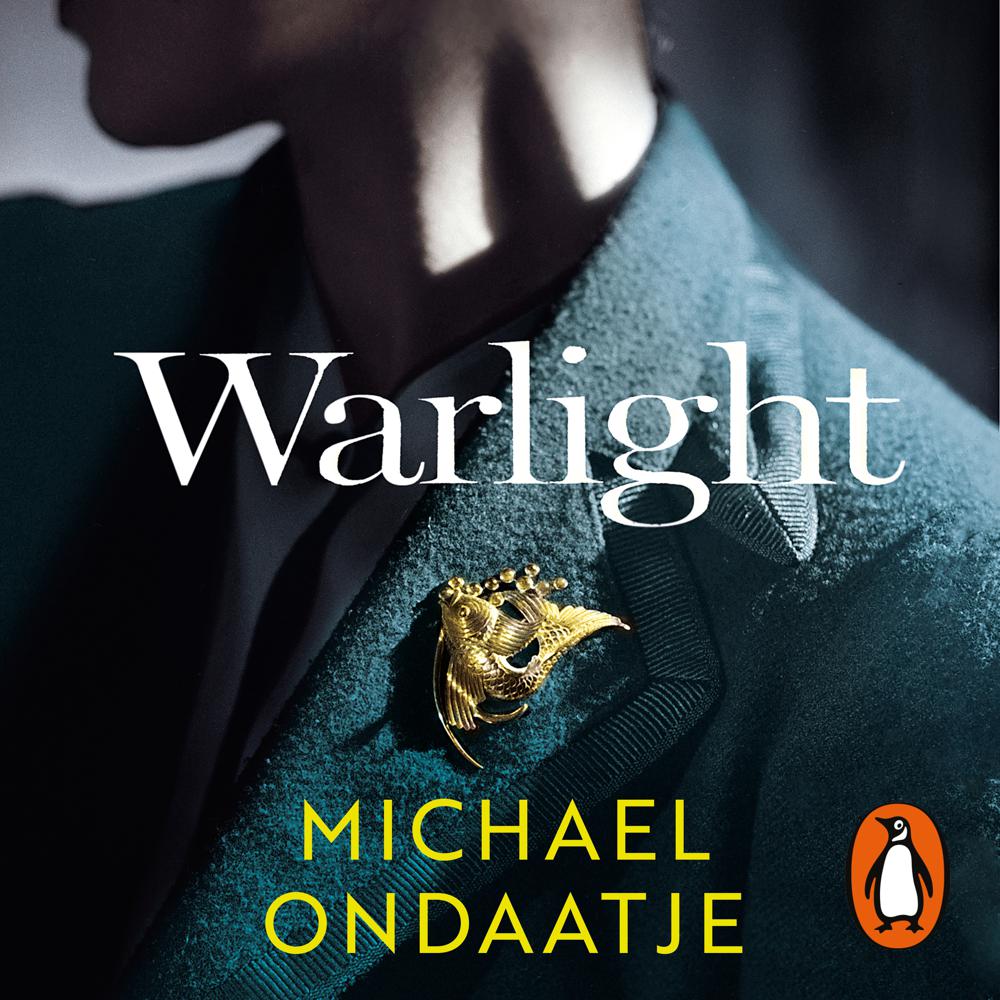 Random House presents the audiobook edition of Warlight by Michael Ondaatje, read by George Blagden.
'Our book of the year – and maybe of Ondaatje's career' Daily Telegraph Books of the Year
LONGLISTED FOR THE MAN BOOKER PRIZE 2018

An elegiac, dreamlike novel set in post-WW2 London about memory, family secrets and lies, from the internationally acclaimed author of The English Patient

‘The past never remains in the past…’

London, 1945. The capital is still reeling from the war. 14-year-old Nathaniel and his older sister Rachel are abandoned by their parents who leave the country on business, and are left in the dubious care of a mysterious figure named The Moth. Nathaniel is introduced to The Moth’s band of criminal misfits and is caught up in a series of teenage misadventures, from smuggling greyhounds for illegal dog racing to lovers’ trysts in abandoned buildings at night.

But is this eccentric crew really what and who they claim to be? And most importantly, what happened to Nathaniel’s mother? Was her purported reason for leaving true? What secrets did she hide in her past? Years later Nathaniel, now an adult, begins to slowly piece together using the files of intelligence agencies – and through reality, recollection and imagination – the startling truths of puzzles formed decades earlier.

‘Fiction as rich, as beautiful, as melancholy as life itself, written in the visionary language of memory’ Observer

‘Ondaatje brilliantly threads the mysteries and disguises and tangled loyalties and personal yearnings of the secret world...and has constructed something of real emotional and psychological heft, delicate melancholy and yet, frequently, page-turning plottiness. I haven’t read a better novel this year.’ Telegraph

Our book of the year – and maybe of Ondaatje's career.

Warlight sucked me in deeper than any novel I can remember… fiction as rich, as beautiful, as melancholy as life itself.

In Warlight we have a writer who knows exactly what he’s doing – and has constructed something of real emotional and psychological heft, delicate melancholy and yet, frequently, page-turning plottiness. I haven’t read a better novel this year.

From the very first sentence you’re desperate to find out what happens next… All is slowly, tantalisingly revealed, in flashbacks, fragments, digressions and stories within stories, narrated in majestic Ondaatjean style.

Michael Ondaatje’s Warlight is a rare and beautiful thing – a deeply retrospective novel about war secrets that feels neither overstated nor overly ethereal. In sumptuous prose, Ondaatje limns the psyche of a man still trying to make sense of his complicated relationships and the mysteries surrounding his absent parents. One of the most absorbing books I’ve read all year.