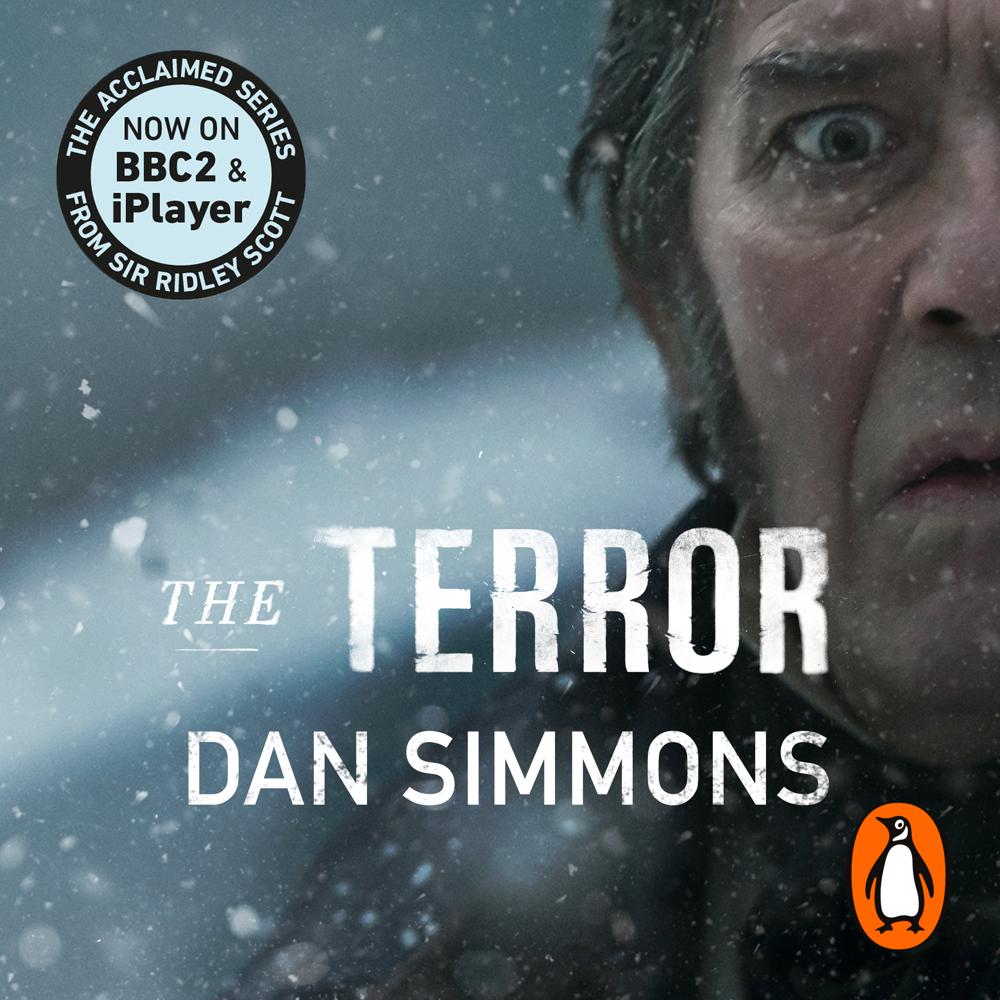 Random House presents the audiobook edition of The Terror by Dan Simmons, read by Tom Sellwood.

The most advanced scientific enterprise ever mounted, Sir John Franklin’s 1845 expedition in search of the fabled North-West Passage had every expectation of triumph.

But for almost two years his ships HMS Terror and Erebus have been trapped in the Arctic ice. Supplies of fuel and food are running low. Scurvy, starvation and even madness beging to take their toll. And yet the real threat isn’t from the constantly shifting, alien landscape, the flesh-numbing temperatures or being crushed by the unyielding, frozen ocean. No, the real threat is far more terrifying.

There is something out there in the frigid darkness. It stalks the ships and snatches men. It is a nameless thing. At once nowhere and everywhere, this terror has become the expedition’s nemesis . . .

‘Simmons has created a chilling supernatural novel . . . the horrific trials of their impending icy deaths are vividly brought to life.’ Daily Express

A brilliant, massive combination of history and supernatural horror

Simmons has created a chilling supernatural novel . . . the horrific trials of their impending icy deaths are vividly brought to life

Go out and buy this book . . . a fantastic achievement. Gripping, well-observed, and at times genuinely frightening

One of the most remarkable things I've read . . . nothing short of a masterpiece. It is a bona fide tour de force

A revelation. Dan Simmons is a giant among novelists