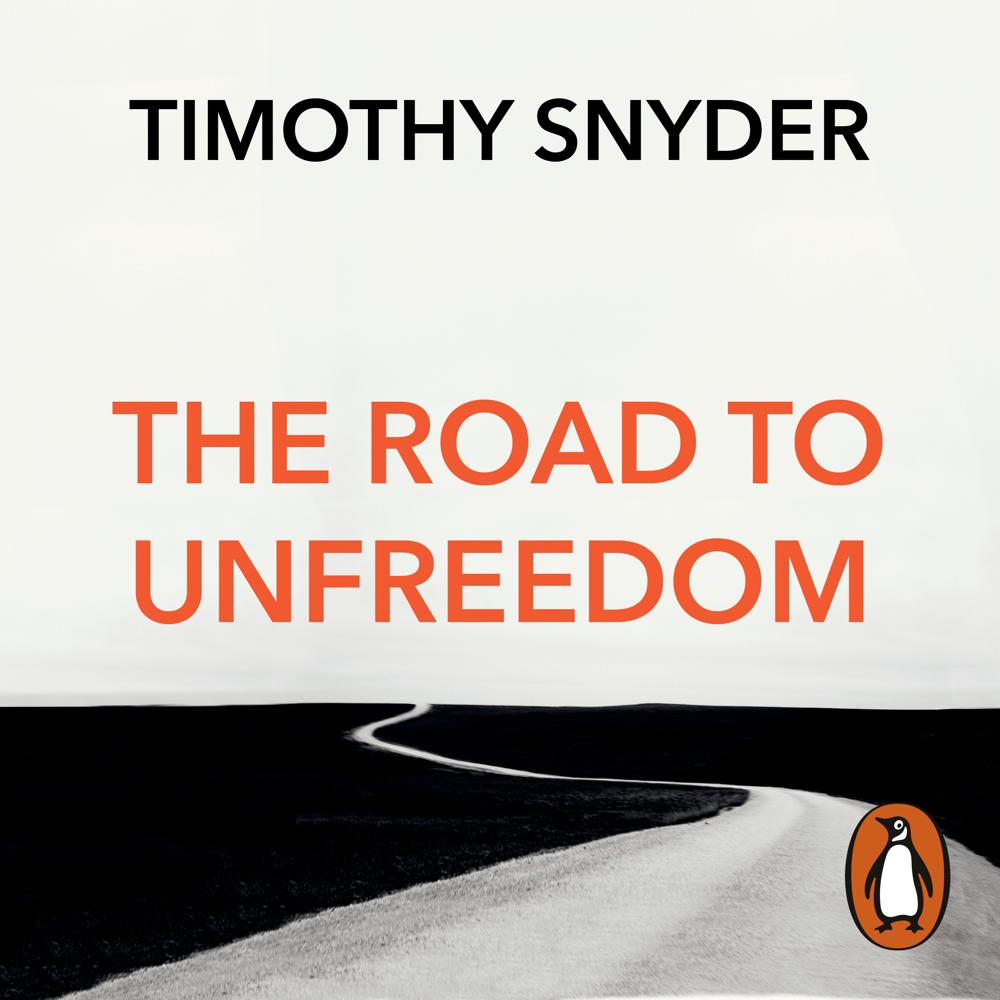 Random House presents the audiobook edition of The Road to Unfreedom, written and read by Timothy Snyder.

The past is another country, the old saying goes. The same might be said of the future. But which country? For Europeans and Americans today, the answer is Russia.

Today's Russia is an oligarchy propped up by illusions and repression. But it also represents the fulfilment of tendencies already present in the West. And if Moscow's drive to dissolve Western states and values succeeds, this could become our reality too.

In this visionary work of contemporary history, Timothy Snyder shows how Russia works within the West to destroy the West; by supporting the far right in Europe, invading Ukraine in 2014, and waging a cyberwar during the 2016 presidential campaign and the EU referendum. Nowhere is this more obvious than in the creation of Donald Trump, an American failure deployed as a Russian weapon.

But this threat presents an opportunity to better understand the pillars of our freedoms, confront our own complacency and seek renewal. History never ends, and this new challenge forces us to face the choices that will determine the future: equality or oligarchy, individualism or totalitarianism, truth or lies.

The Road to Unfreedom helps us to see our world as if for the first time. It is necessary reading for any citizen of a democracy.

‘A brilliant and disturbing analysis, which should be read by anyone wishing to understand the political crisis currently engulfing the world.’ YUVAL NOAH HARARI, author of SAPIENS and HOMO DEUS

This story of how Russia dismantled democracy, and the man who set its template for fake news, is chilling and persuasive ... unignorable... a disturbing and persuasive insight... Snyder's forensic examination of, for example the news cycle that followed the shooting down of flight MH17 makes essential reading ... Meticulously researched and footnoted.

Snyder’s central thesis is a strong one… Vividly and insightfully told.

One of the best…brisk, conceptually convincing account of democracy’s retreat in the early years of 21st century

A brilliant and disturbing analysis, which should be read by anyone wishing to understand the political crisis currently engulfing the world

A rollercoaster world calls for a news editor’s skills in processing facts and a philosopher’s ability to dissect ideologies. He has both.