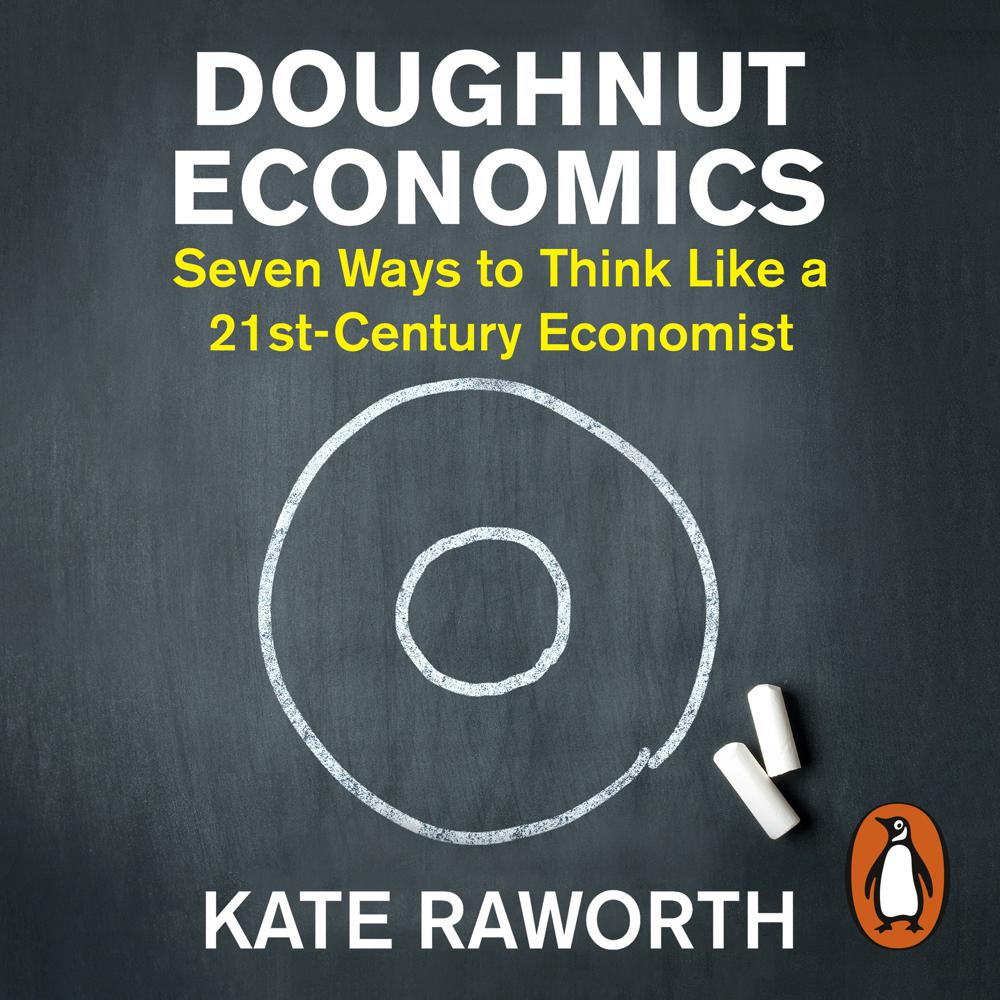 Economics is broken. It has failed to predict, let alone prevent, financial crises that have shaken the foundations of our societies. Its outdated theories have permitted a world in which extreme poverty persists while the wealth of the super-rich grows year on year. And its blind spots have led to policies that are degrading the living world on a scale that threatens all of our futures.

Can it be fixed? In Doughnut Economics, Oxford academic Kate Raworth identifies seven critical ways in which mainstream economics has led us astray, and sets out a roadmap for bringing humanity into a sweet spot that meets the needs of all within the means of the planet. En route, she deconstructs the character of ‘rational economic man’ and explains what really makes us tick. She reveals how an obsession with equilibrium has left economists helpless when facing the boom and bust of the real-world economy. She highlights the dangers of ignoring the role of energy and nature’s resources – and the far-reaching implications for economic growth when we take them into account. And in the process, she creates a new, cutting-edge economic model that is fit for the 21st century – one in which a doughnut-shaped compass points the way to human progress.

Ambitious, radical and rigorously argued, Doughnut Economics promises to reframe and redraw the future of economics for a new generation.

Includes a supplementary PDF of graphs and diagrams.

‘An innovative vision about how we could refocus away from growth to thriving.’ Daily Mail

A sharp, insightful call for a shift in thinking . . . Raworth’s energetic, layperson-friendly writing makes her concept accessible as well as intriguing.

Doughnut Economics shows how to ensure dignity and prosperity for all people.

A compelling and timely intervention.

I’ve never seen [the concepts in Doughnut Economics] laid out so clearly, compellingly, or cheekily. Social entrepreneurs, it’s doughnut time – and I strongly recommend that you take a bite.

A book you will need to know about . . . Kate writes beautifully . . . If only 10% of the ideas get implemented, the world will be a much better place.